Font Rendering Change After Upgrade from Fedora 25 to 26

I did the the Upgrade f25 → f26 and was surprised by a change of the font rendering to the worse. I use the KDE spin and mostly KDE programs but some GTK programs as well.

The following is the change in GVim (GTK) with unchanged settings using “Droid Sans Mono 10” as the editor font. It is enhanced without interpolation to 4× in order to make it easier to spot. Especially the “m” and “g” are affected.

In Konsole (KDE/Qt), a similar regression has happened: 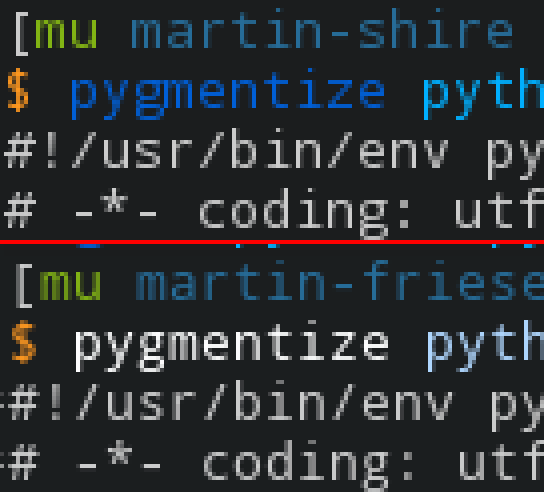 Other fonts are affected as well, this is Thunderbird (GTK): 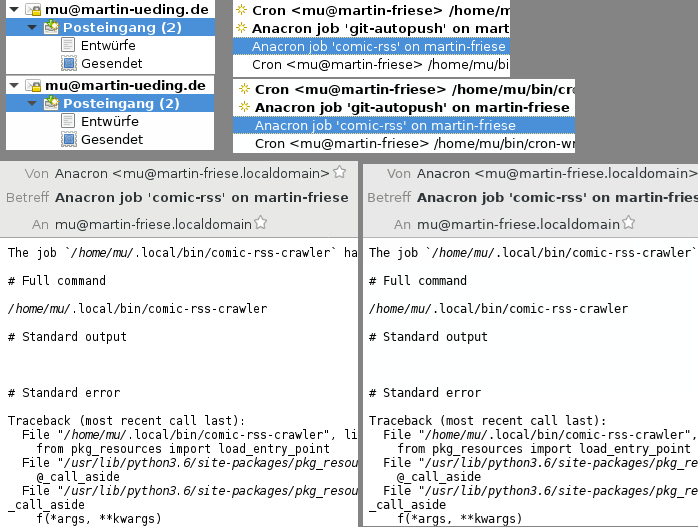 I am not exactly sure what has changed implicitly by the upgrade. It looks like the hinting got worse. How can I get the fonts back to the appearance that I had before?

I have created a file /etc/profile.d/freetype2.sh with contents:

However, this has not changed anything after a full reboot, it still appears in the new version, which I perceive as blurry.

Freetype 2.7 introduced a new rendering mode and it is used by default (more here https://www.freetype.org/freetype2/docs/subpixel-hinting.html). To revert it add export FREETYPE_PROPERTIES="truetype:interpreter-version=35" to /etc/profile.d/freetype2.sh.

I have solved this by adding the following lines in /etc/fonts/local.conf:

After logging out and logging back in, both KDE and GTK+ 3 applications use the old Truetype settings.

Not the answer you're looking for? Browse other questions tagged fedora fonts or ask your own question.

242
How to determine where an environment variable came from?

9
Improve the font rendering in Fedora
1
Tiny font on Fedora 16
7
How do I diagnose a font rendering problem?
3
Weird font rendering in Debian GNU/Linux
6
Degraded areas of some user interfaces, including pixellated or jagged fonts
2
Upgrading from Fedora 23 to Fedora 24 without updating the font
0
Weird fonts and no type 1