By default, the active pane in tmux has a thin green border, as pictured below. 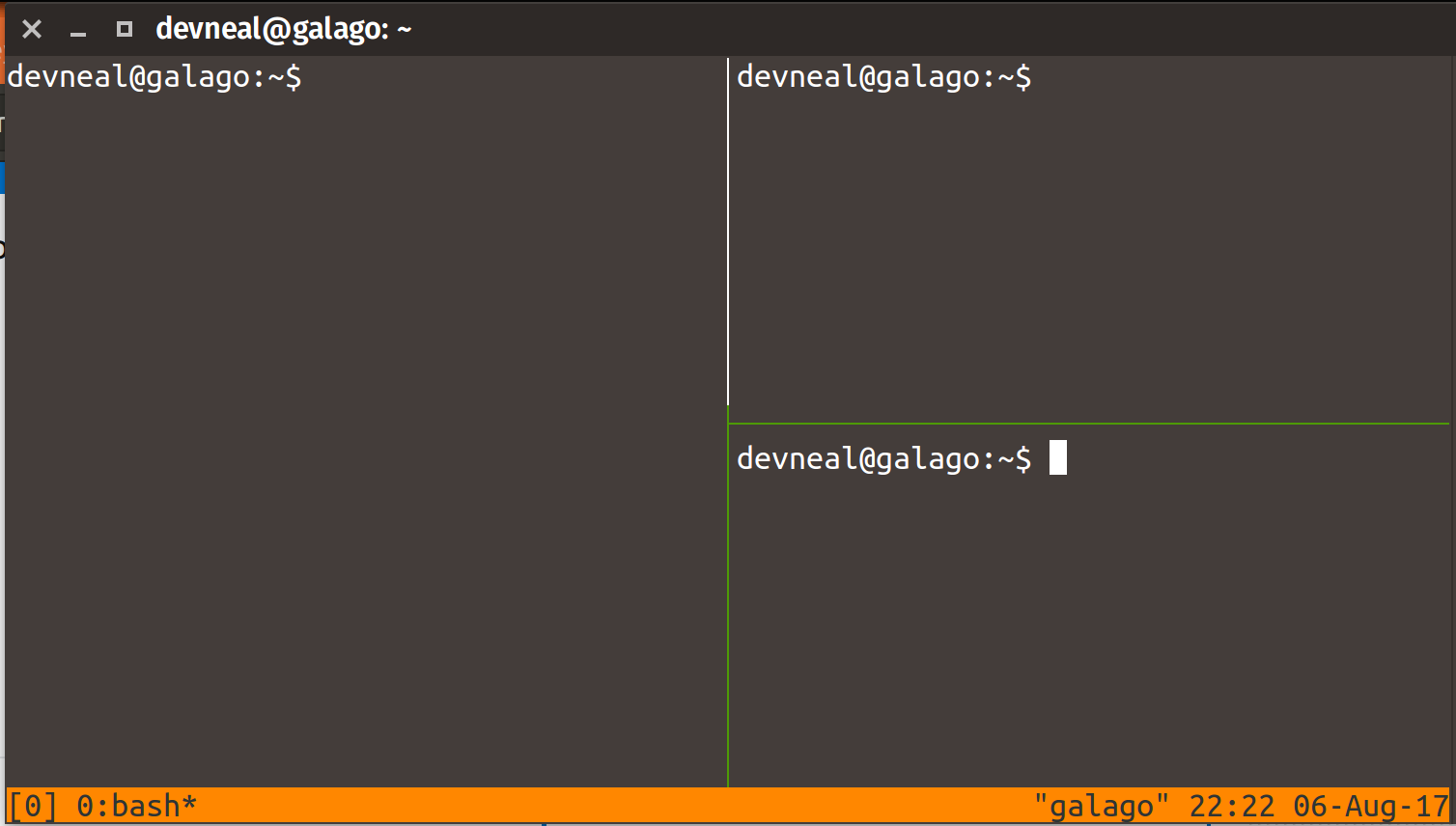 I tried to change the color by adding the following lines to ~/.tmux.conf:

(colour208 is the shade of orange in the picture) However, the new borders look like this: 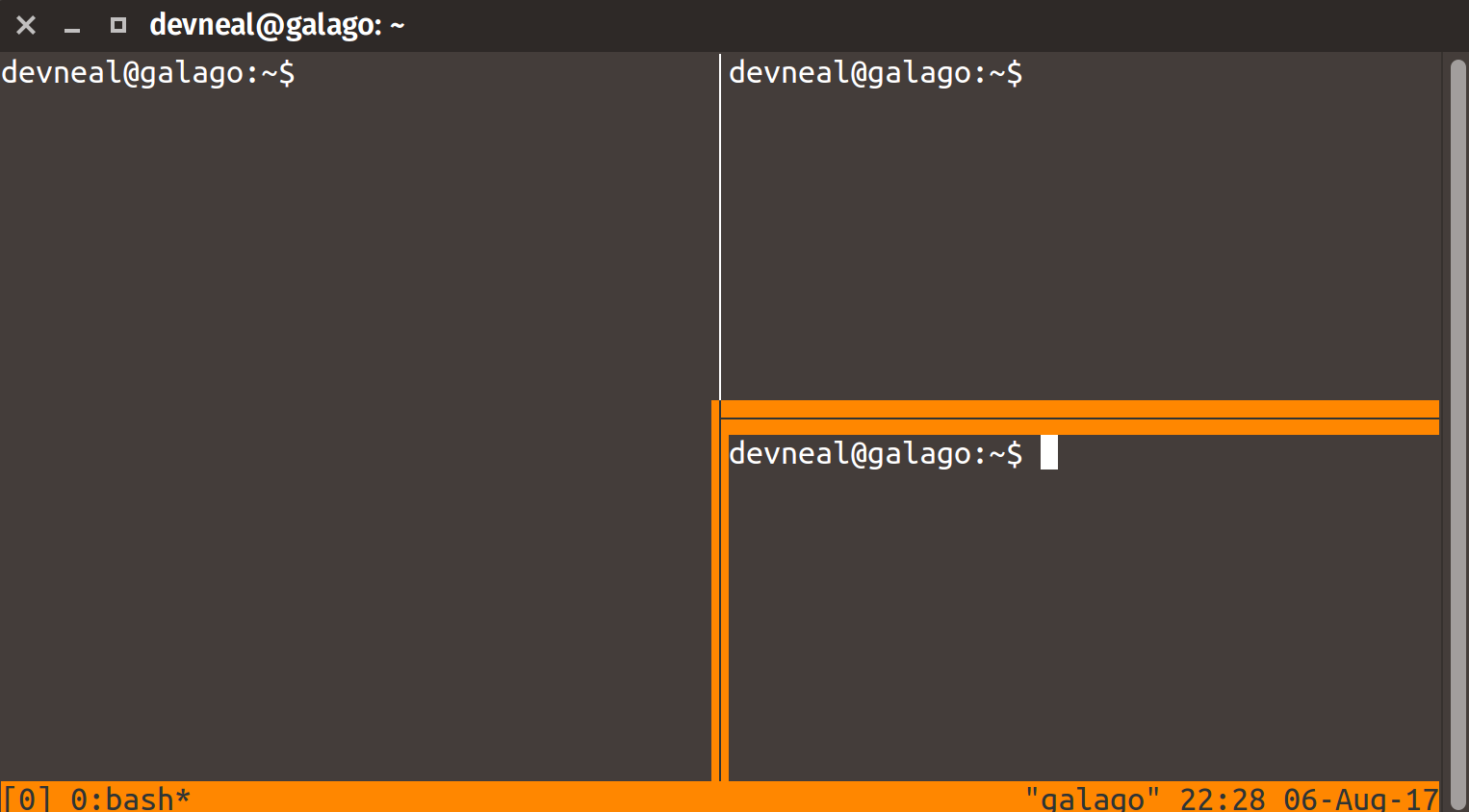 Fortunately, we can manipulate the colors to give the appearance of a thinner border: set the foreground to the desired color (colour208 in your case) and set the background to the background color of your panes. For the latter default is often sufficient.

If there's a color mismatch replace default with the actual pane background color.

(You can, of course, configure the non-active borders similarly. Replace pane-active-border-style with pane-border-style and change the foreground color as desired.)

Here's a screen shot taken after I applied the above setting.. 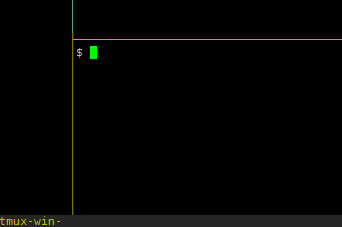 ...should be avoided as it will no longer work in tmux 2.9 or later. The one exception is if you are using an ancient tmux build as the newer syntax isn't available prior to tmux 1.9

7
Automatically adjust window width in tmux
1
Tmux border split in rxvt
4
Getting 256 colors to work in terminal multiplexer
18
Is there a way to find out why tmux crashed
9
Tmux identify if pane is zoomed and active
8
Is there any way to adjust the clock granularity under tmux?
4
What does "tmux ls" mean in tmux
1
tmux, I can set 'pane-border-format' but i can't get 'pane-border-format', so to that end, how to get pane options?
0
Tmux 1.8 - unknown option: window-style
1
In tmux, can I color different pane borders & titles differently?