Sounds from applications are too big, but I can barely hear them

I was streaming a game, and people said the sound is way too big and distorted. I tried lowering the volume, and they said the volume is not anymore big but still severely clipped.

At first I didn't understand how can small sounds be clipped, so I ran pavucontrol to see that sounds from applications are received way too big, yet I don't hear any sound big enough.

Below the image, I am running two programs that make sounds. I can barely hear anything from sdlmame, and I can hear sounds from Chrome in a proper volume. But the image tells that both sounds from the applications are big enough, or too big for the Chrome one. At least that was what the viewers of my stream were hearing. 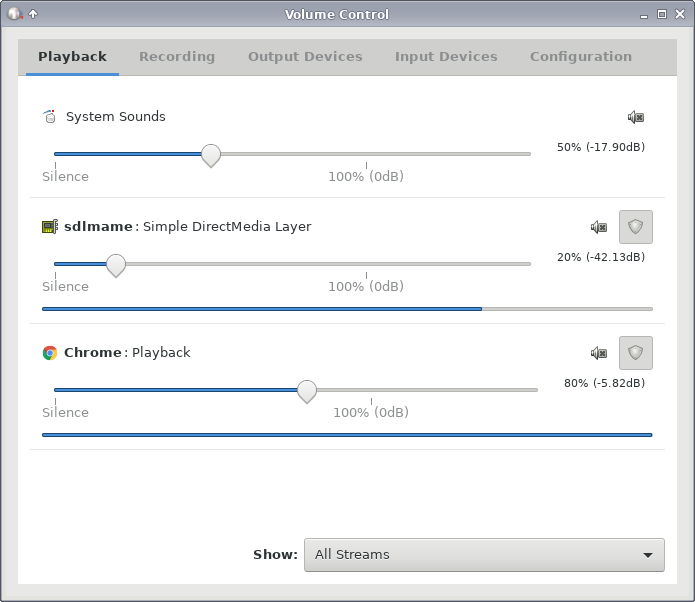 When I tried lowering the volume I lowered the volume in 'Output Devices' -> 'Built-in Audio Analog Stereo'. Also lowered on from the streaming software.

alsamixer says I have:

cat /proc/asound/version says I have:

I want to fix this audio problem. When I am hearing okay, other people hears bad audio. When other people seem to hear okay, I barely hear anything from my computer. Applications in my computer sends way too big sounds and I don't hear them big enough.

Browse other questions tagged audio audio-volume or ask your own question.

7
Why would alsa sound pop, crackle and be generally too distorted to listen to?
2
How do I check whether audio file samples are clipped without playing the file?
5
Sound is very low (almost not audible) from primary sound card, Debian 8, pulse audio
2
Reducing max audio volume without reducing base volume
11
Bluetooth Headset volume too low (only in arch)