GRUB booting only when the drive is explicitly selected

This is my first time having a fancy UEFI PC. I partitioned all my drives in GPT using gdisk.

When I picked the drive explicitly from the boot menu (pressing F12): 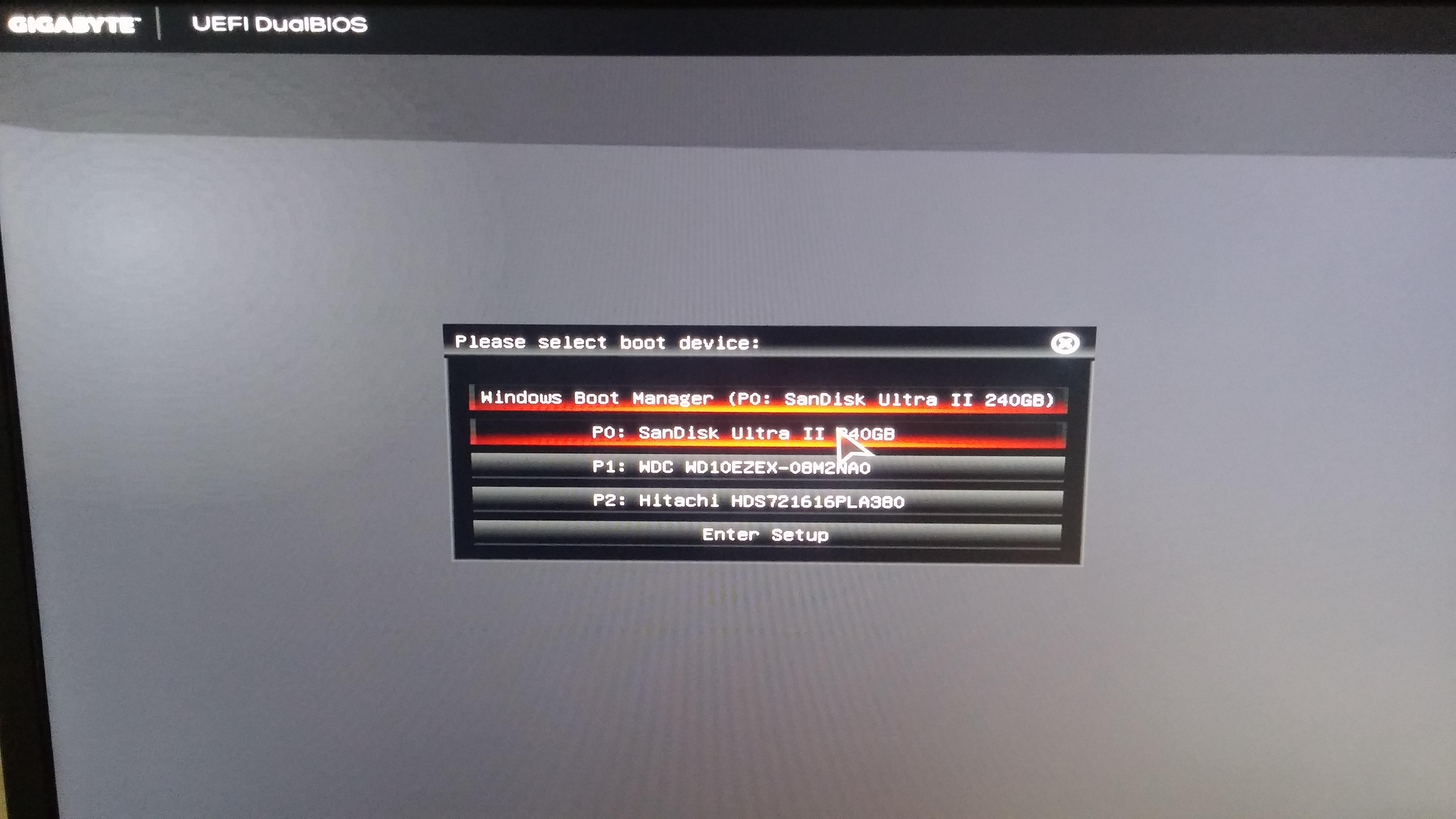 it did boot into Debian, though I have to do this at every boot. is there a way to make GRUB detect Windows 10 and be the default bootloader like back in the good old days of MBR?

As for GRUB detecting Windows, no. GRUB works differently in a UEFI setup, and will only be used to boot Debian.

To be more specific, in an UEFI system a boot manager displays an initial menu of boot loaders; such as GRUB, systemd-boot, an actual Linux kernel, Windows, Mac OSX...

So to create a setup similar to the old MBR days, you can install rEFInd, which is a boot manager. The benefit to rEFInd is that you don't have to mess around with the UEFI firmware to select which boot loader to use, which is effectively what you're doing right now. Instead, rEFInd displays whatever boot loaders you have installed and lets you choose one.

To set it up, boot up Debian and then run apt-get install refind. You'll be prompted with a red text-based dialog whether to install it or not (which means whether to copy some files to /boot/EFI). Choose yes to install it.

When you reboot you should see a graphical menu to choose Windows or Debian.

Note: You may see two options for Debian. One for the Linux kernel itself and one for GRUB. Choose GRUB.

Not the answer you're looking for? Browse other questions tagged debian boot windows dual-boot grub or ask your own question.