How to copy an installed application to another computer that lacks the build tools?

On one computer I installed an application from source using configure make and make install. Now I want to install the same application on another computer that lacks gcc, make and all the other build tools. Both computers are running Kubuntu 12.04. How can I locate all the files to copy to the second computer? What other installation steps are needed? This is a command line app.

I don't want to install build essentials on the 2nd computer. (It's a small laptop.)

If your source code already have debian configuration files , you'll just need to run (in the sorce directory):

Otherwise you can create a deb package with checkinstall

Launch the configure script first , e.g ./configure --prefix=/usr , then do 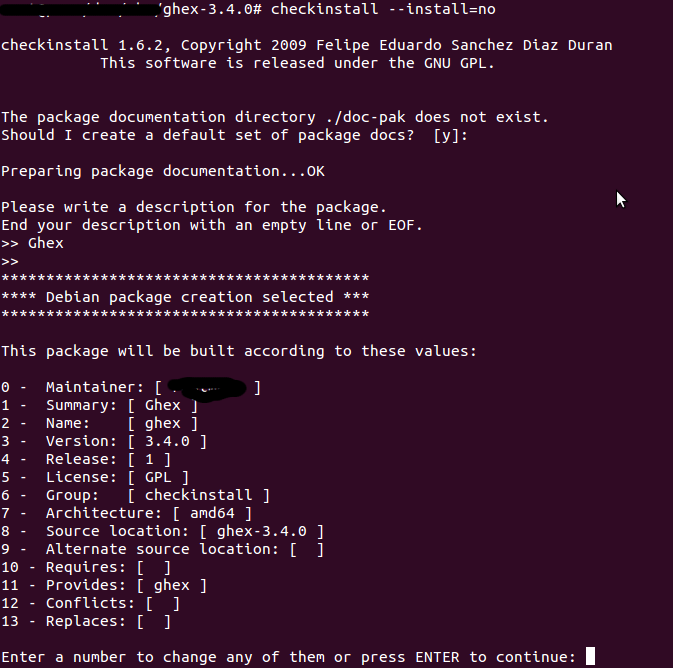 It will ask few questions , just fill the fields , so you can identify it laterly.

If it successed , you will see a *.deb package out of the source directory.

Copy and install it on the other computer.

One option is to make a deb package.

Once you've installed the program in its own directory, you can easily build a zip or tar archive of it and unpack it on another machine. Run stow on the other machine as well.

Note that compiling a program on one system may produce executables that don't work on the other systems. Between two installations of the same version of the same distribution, you won't have any problem. But if the systems have different versions of shared libraries, the binary will sometimes not work on the other machine for lack of the required libraries. You can get around this by linking some libraries statically or by installing the right development packages on the build machine.

Not the answer you're looking for? Browse other questions tagged compiling software-installation or ask your own question.

1
Configurations needed to be done post GCC compilation and installation
1
Autotools does not detect my architecture correctly. How to handle?
4
Is there any automatic tool for installing required libraries to compile a program from source?
22
uninstall Python installed by compiling source?
4
How to handle error compiling GCC 4.7.0 using GCC 6.2.1
2
Track where files are installed during app installation in Linux
1
Why does my Makefile not compile and how can I fix it?