I'm following a tutorial as well as tinkering around after reading various tutorials online. What I have done so far:

And according to various sources it should be as simple as that. When I ping a well known domain to test, it hangs for a few seconds and I get 'Name or service not known'. I've been messing around with this for some time with no success. Does anyone have any ideas. Any help much appreciated.

Why I see This?

You see this error when resolvconf file is altered or overwritten because this file is used to configure Dns server, I faced same problem and after banging my head for 1 week I found this as you can see that I was getting that "Name or service not known error"

you should see this 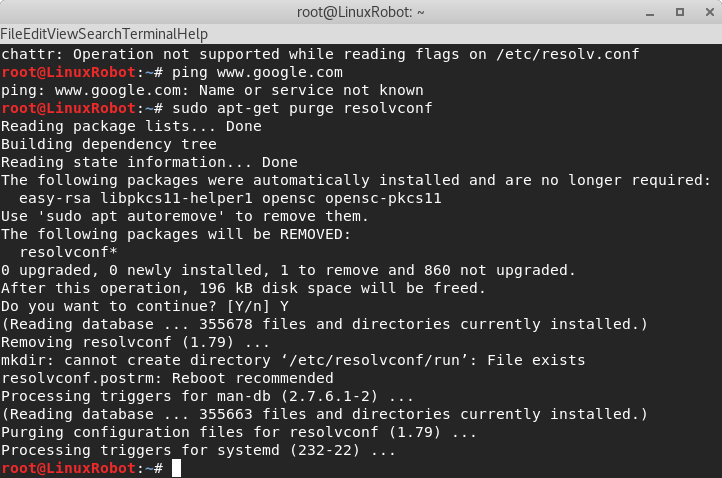 after running this command you need to restart your machine.

Not the answer you're looking for? Browse other questions tagged ubuntu networking kali-linux virtualbox networkmanager or ask your own question.