Linux Mint does not shut down

Sometimes (very rarely actually) I have a problem that when I try to shut down my desktop, it will freeze with the following screen and I can only shut it down by pressing the power button for 8 seconds: 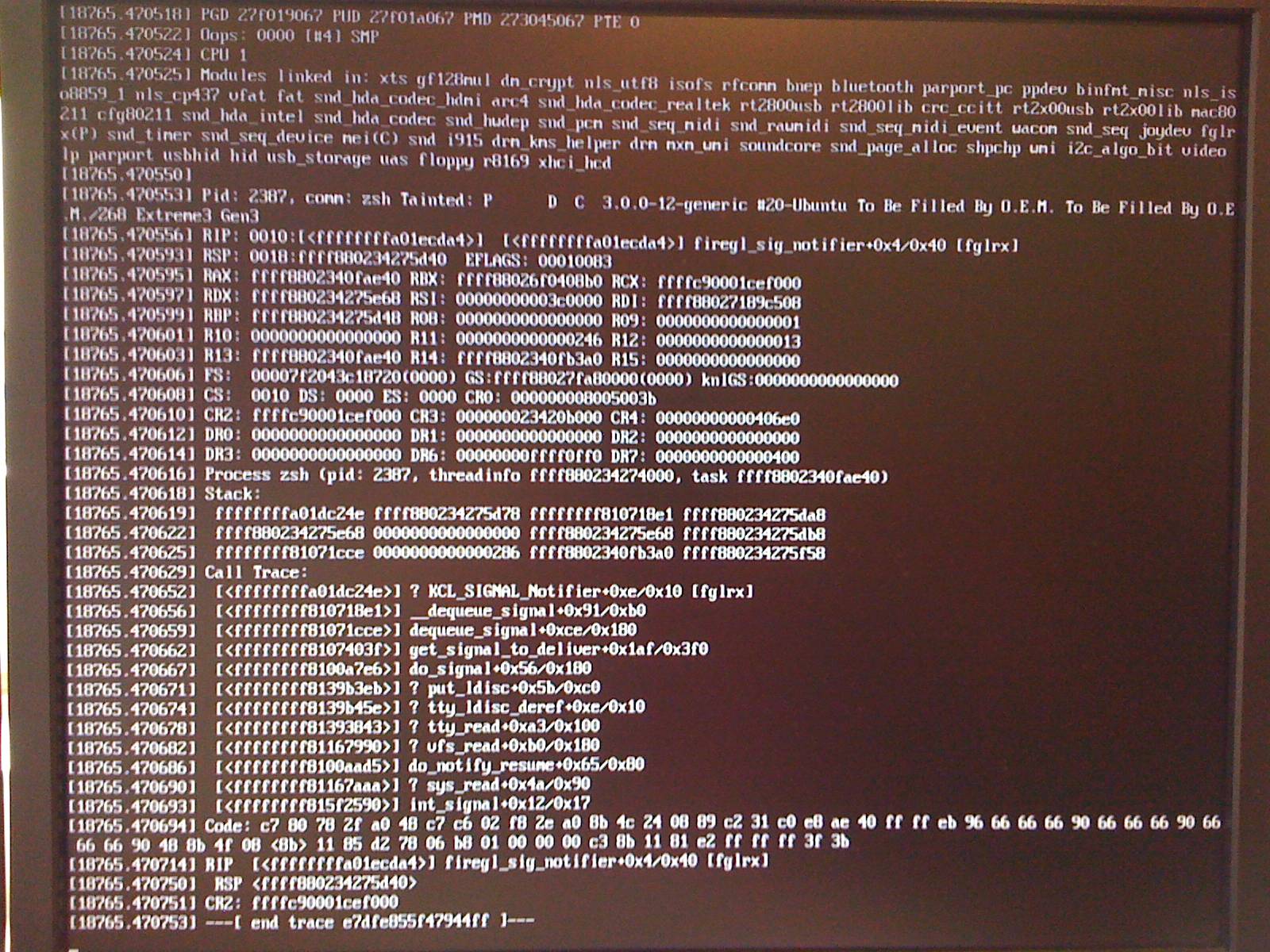 Does anyone know why this error occurs? I am guessing it is because of the proprietary fglrx-driver. How I could get more diagnostic information if it reoccurs? I guess there would be a lot more information than I can capture with a simply photo, but as soon as the screen appears it is impossible to do anything.

The problem is, it occurs very rarely (maybe once a month) so it is not really a big hassle and I can not willingly recreate it. I would just like to know what exactly is causing it.

Edit: After stumbling over this bug - this seems to be the reason for it: the fglrx driver seems to be buggy.

Such rarely occurring crashes are very hard to debug. It can be a hardware problem, driver (flgrx, as you've noticed) issue or even a kernel bug.

The easiest thing to do in your case is to change the video driver - of course that will only prevent further crashes only in case the driver was the problem source. Unfortunatelly, the right direction to go is not obvious: sometimes upgrading the driver can help, sometimes it can be better to rollback to a previous stable version.

You will have the highest chance of ruling out driver bug cause by switching to the open source alternative driver for ATI cards: either radeon or radeonhd.

Otherwise, if you really want to dig into the root of the problem and potentially help kernel/driver developers, you'll need some kernel debugging instrumentation. Have a look at LKCD, described in this article.

Not the answer you're looking for? Browse other questions tagged linux-mint shutdown kernel-panic fglrx or ask your own question.