Ubuntu - block internet access to all applications except chosen few

I have been looking for a way to block all my applications from accessing the internet except for 1 or 2 chosen applications.

I looked into Uncomplicated Firewall (ufw) and its respective Gui (gufw): 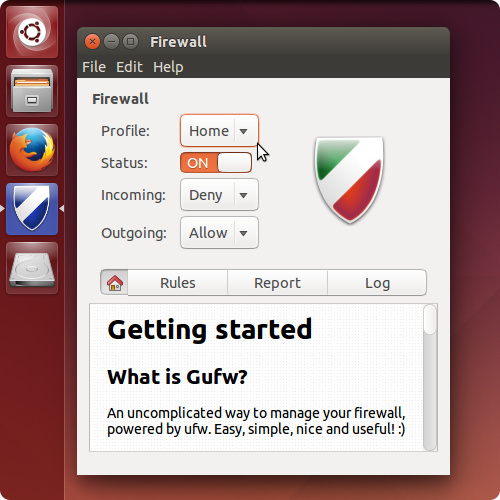 but gufw doesn't seem to have the option to block specific programs from accessing the internet (which windows firewall does with outbound rules).

QUESTION: Does anyone know how I might be able to get that done?

What you're looking for goes beyond the standard firewall-in-linux rulesets which ufw and gufw can accomodate. There are several suggested methods (the linked one is group-based controls, so you have to add applications you want to access the 'net to a specific group), but there's also other applications such as Douane, which may do this at the application layer as well.

I didn't, however, find a packaged version for your Ubuntu.

Since everything seems pretty well described on the Douane - GitLab compilation page, I see no problem with the compilation process.

One of the methods that could block internet access on a per application basis is "sandboxing".

Sandboxing is a general term for any strategy meant to create a separate environment for an application. One of the common reasons for this is to be fully aware of what the application is interacting with, because by default normally the application cannot access anything outside of its "sandbox" unless you specifically allow it to.

I won't describe a full-on setup, but software like Docker and Kubernetes were designed with exactly this in mind; you can allow as little or as much network access to the software running in their "containers" (aka, sandbox).

Needless to say, it's a lot more work to run everything inside a container, but if there are a few applications in particular that you're concerned about it could be worthwhile for them.

Not the answer you're looking for? Browse other questions tagged linux ubuntu firewall internet or ask your own question.

2
iptables rule for local network with free internet blocking unrequested connection from internet to server?
1
Fedora Firewall no option as of yet
0
A better VPN killswitch using UFW with NAT table?
2
Firewall software similar to Outpost for linux
1
nftables rules not blocking traffic