Debian image in QEMU freezes at login on windows 10

I have a MacBook pro and Installed Windows 10 using Parallel Desktop 12, Then on my Windows side I installed QEMU Manager and downloaded a SH4 Debian image for it. But when the Linux image is booting up it freezes at login section.

Here is the command that I use to run the image : 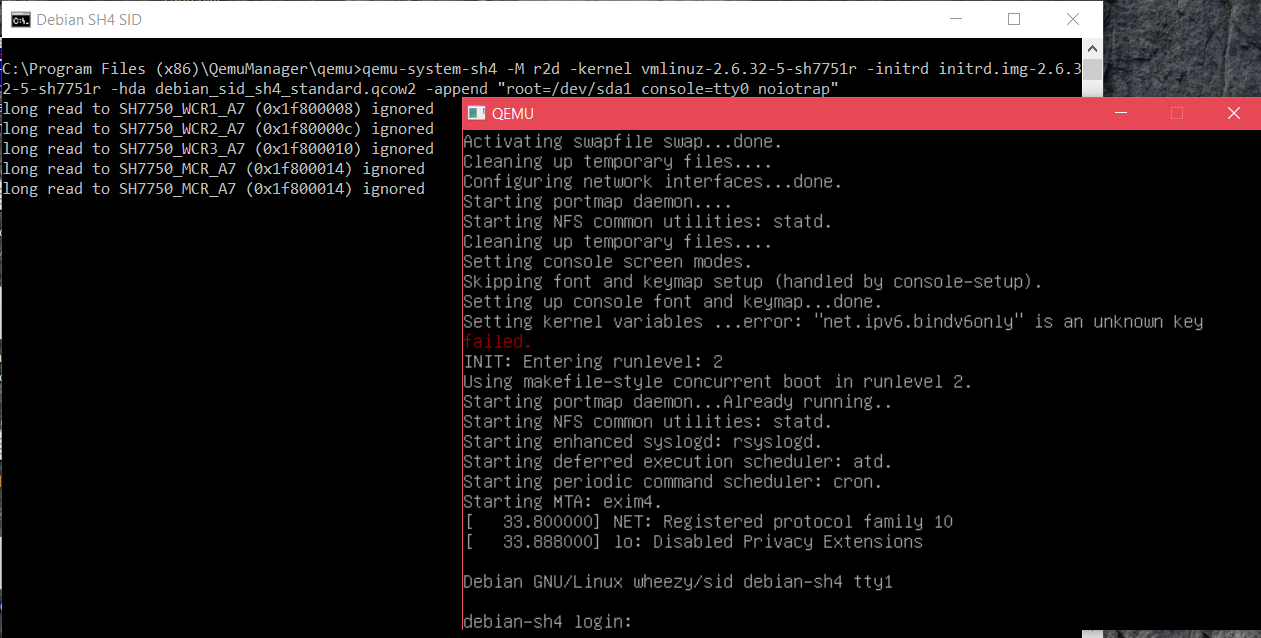 Is it possible to make it work? Am I doing a bad practice by running a debian image on QEMU on a Windows which itself is a virtual machine(Parallel Desktop)?

Solve the problem by installing QEMU on Mac with the following steps : 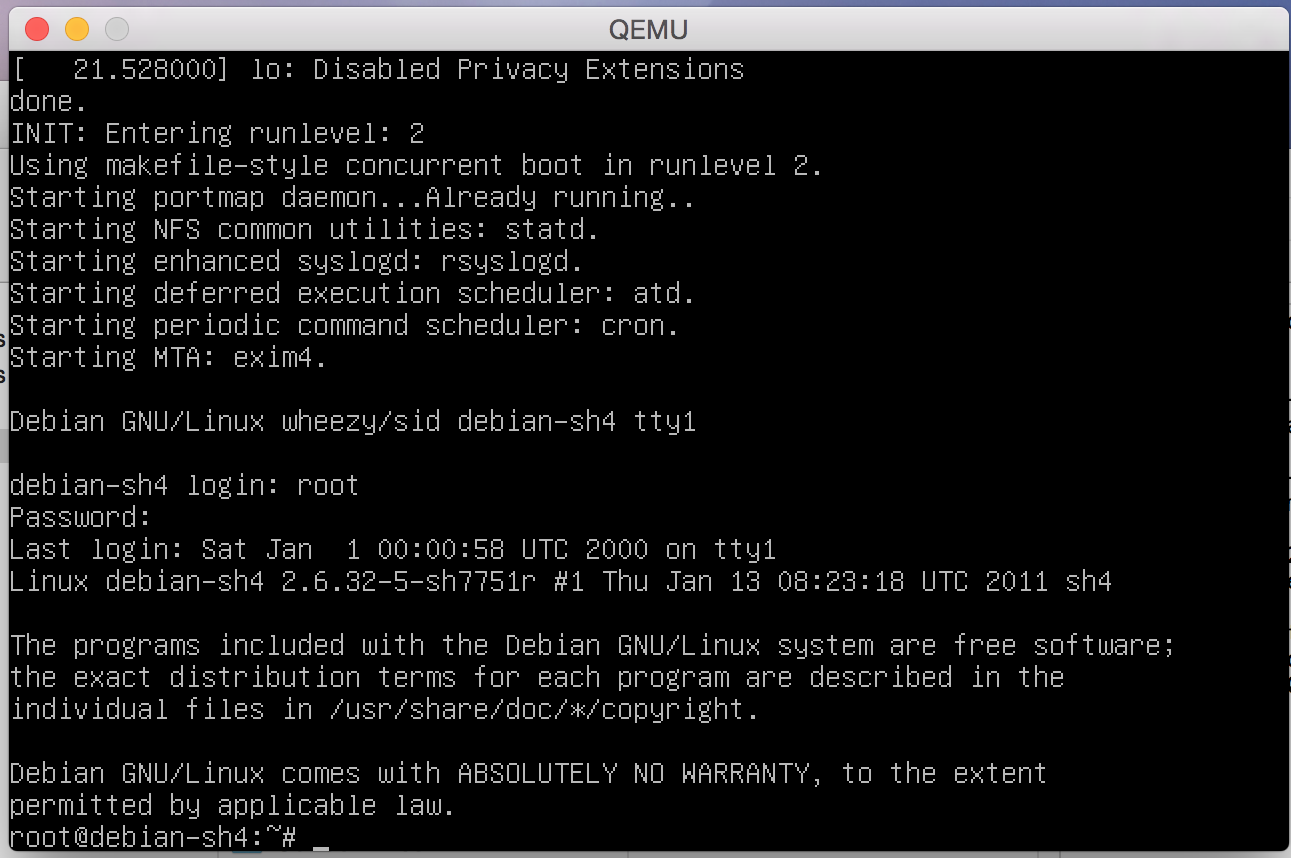 Not the answer you're looking for? Browse other questions tagged debian qemu or ask your own question.

7
I can't login to the graphical interface after a fresh installation of Debian?
2
Live-Build Debian blank desktop
10
How to activate the hotkeys in Linux Debian 8 Jessie (Gnome 3 DE)?
1
Debian 10 freezes when I try to reboot (dual boot machine)