Dears, I just installed solaris ios on vmware and wanted to know the very first credentials to log into the system i assume the user is solaris but tried root or solaris for the password but with no success

EDIT: adding a picture of the first booting of the solaris on vmware 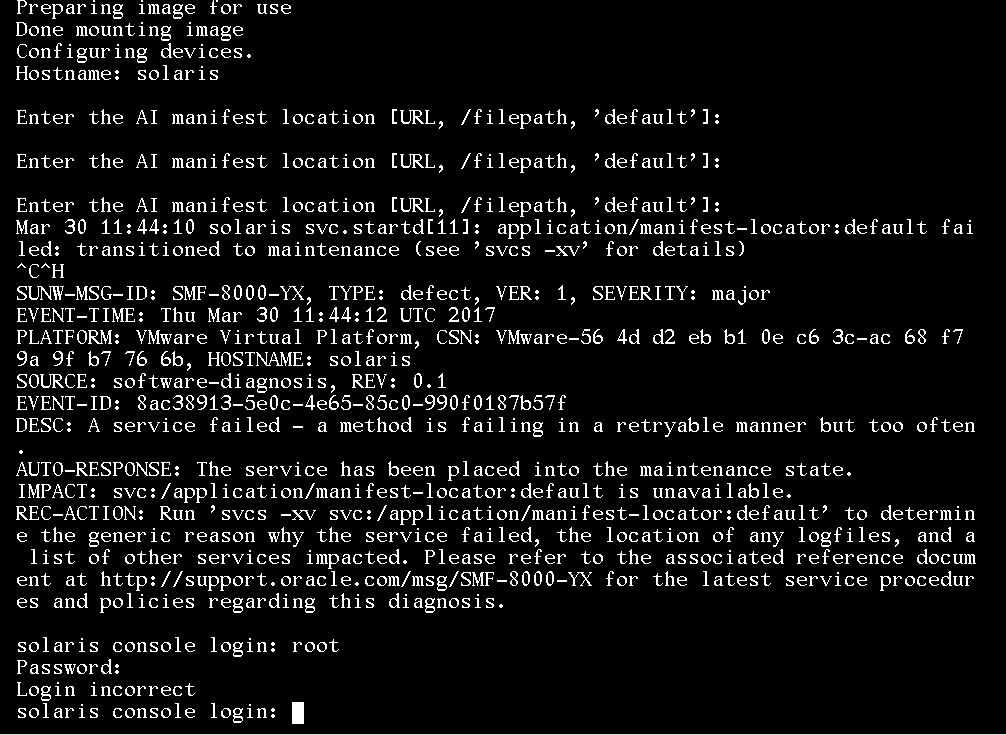 As noted by @schaiba and @Romeo Ninov, for the initial install for Solaris 11, root is created as a role. But the install process also asks you for an initial user which it will create with "admin" privs. Using this initial account you can use su or sudo to assume the root role.

As you can see, the type is a role.
And it's set to use the users authentication (pw) to assume the role. Which allows us to not have to manage a root passwd.

That happens when you use the Automated Install; use "root" as the login and "solaris" as the password.

Not the answer you're looking for? Browse other questions tagged solaris password or ask your own question.