How to get stable International Dvorak with first-level deadkeys in Debian?

There are some unstable/risky ways such as the thread How to Get A with Dots in Dvorak of Ubuntu 16.04? to get the feature but I cannot run it in many environments. Germans need their owns (a/e/u/o with dots) as shown here, while nordic (Finland, Sweden, Norway, Denmark, ...) people need similar keys (a/o with dots). I think one-level keyboard approach is better than two-level keyboard approach. Options 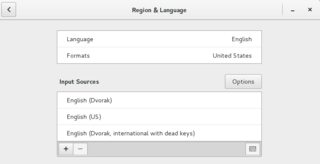 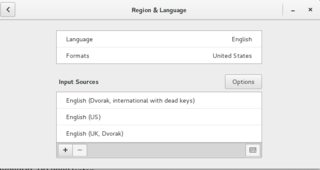 This answer shall explain how to install the Dvorak international extended keyboard layout found in this article by Arjen van Kol. The installation and setup were fairly straightforward using XKB.

Download the layout file dvorak_intl from the linked article. Then, copy the file as superuser to /usr/share/X11/xkb/symbols/ with the same filename.

Before making changes, run setxkbmap -query to check the current layout in case we want to revert the changes later. The layout is us by default.

Now, run setxkbmap command to set the new keyboard layout. The -verbose option was added to see the output, which otherwise will show nothing.

User can run again setxkbmap -query to verify the changes that have been made and now being shown in the layout column.

The changes will be effective immediately; no need to logout or reload X server at all. Open a text editor, then press each keys of four rows on the keyboard to see the output.

First and second level keys (without and with Shift):

Third and fourth level keys (with AltGr and Shift+AltGr):

Not sure if there is any missing keys for third and fourth levels for the keyboard layout dvorak_intl, since I am not used to typing at these levels.

The setxkbmap command by itself is effective for current session only. However, it is possible to add the following command to startup applications in respective desktop environment.

So that the LAYOUTNAME will be set up every time the user logs into the system and the desktop session is started. Log out and log in again, then open Terminal and run setxkbmap -query to verify that new keyboard layout has been applied for every sessions.

Then load the layout configuration from there, using the command with -I option. It works similarly.

So instead of setxkbmap LAYOUTNAME, add setxkbmap -I ~/.xkb LAYOUTNAME to startup application in respective desktop environment to load the keyboard configuration for every sessions.

If the command returns "Error loading new keyboard description" message (as described by this older post on Unix.SE), then use the following command instead.

Strangely, the last command returns many warning messages that may be related to my foreign keyboard model (Japanese OADG 109A keyboard layout variant). Also, the changes won't be reflected in setxkbmap -query but works as expected when typed.

Disclaimer: This answer is intended to show how to use XKB to install and set new keyboard layout. The original instruction was found from the workman/xorg repository, which mentioned both legacy path and current path (for Ubuntu 10.04, GNOME 2.30 back then). However, the instruction has been tested valid for non-GNOME environment i.e. Xfce as well.

The AltGr key refers to the compose key. It is not assigned by default (at least in Xfce) or usually Right Alt key, depending on Linux distribution in use. While I have enabled compose key to demonstrate the third and fourth level keys, the setup for the compose key is not shown above.

I have tried a long time ago to make package for a custom keyboard layout. Here the option i could find at that time:

The above methods relay on XIM (Standard X input method), a legacy system. I would recommend using a modern input method that support plug-ins (modular design) like IBus or SCIM.

I didn't try that but I expect ibus-table is the easiest way to go like as explain in this post. The added file could be packaged and installed separately like most IBus engines & layouts, IBus take care to loading them.

Well, this answer on AskUbuntu mentions a cleaner way to modify the upstream package. Here are the minimum instructions to rebuild the package

I managed to complete the first two steps by the installation instructions, but failing to see the effect of addition of the keyboard layout there

What should the permission be of the new keyboard layout?

Not the answer you're looking for? Browse other questions tagged debian keyboard-layout x-server dvorak or ask your own question.

9
Create and set custom keyboard layout
5
What is wrong with these XKB rules files?
1
Gnome - input source not working