How to create a user with limited RAM usage?

So I have 4 GB RAM + 4GB swap. I want to create a user with limited ram and swap: 3 GB RAM and 1 GB swap. Is such thing possible? Is it possible to start applications with limited RAM and swap avaliable to them without creating a separate user (and not installing any special apps - having just a default Debian/CentOS server configuration, and not using sudo)?

So I opened terminall and typed into it ulimit command: ulimit -v 1000000 which shall be like 976,6Mb limitation. Next I called ulimit -a and saw that limitation is "on". Then I started some bash script that compiles and starts my app in nohup, a long one nohup ./cloud-updater-linux.sh >& /dev/null &... but after some time I saw: 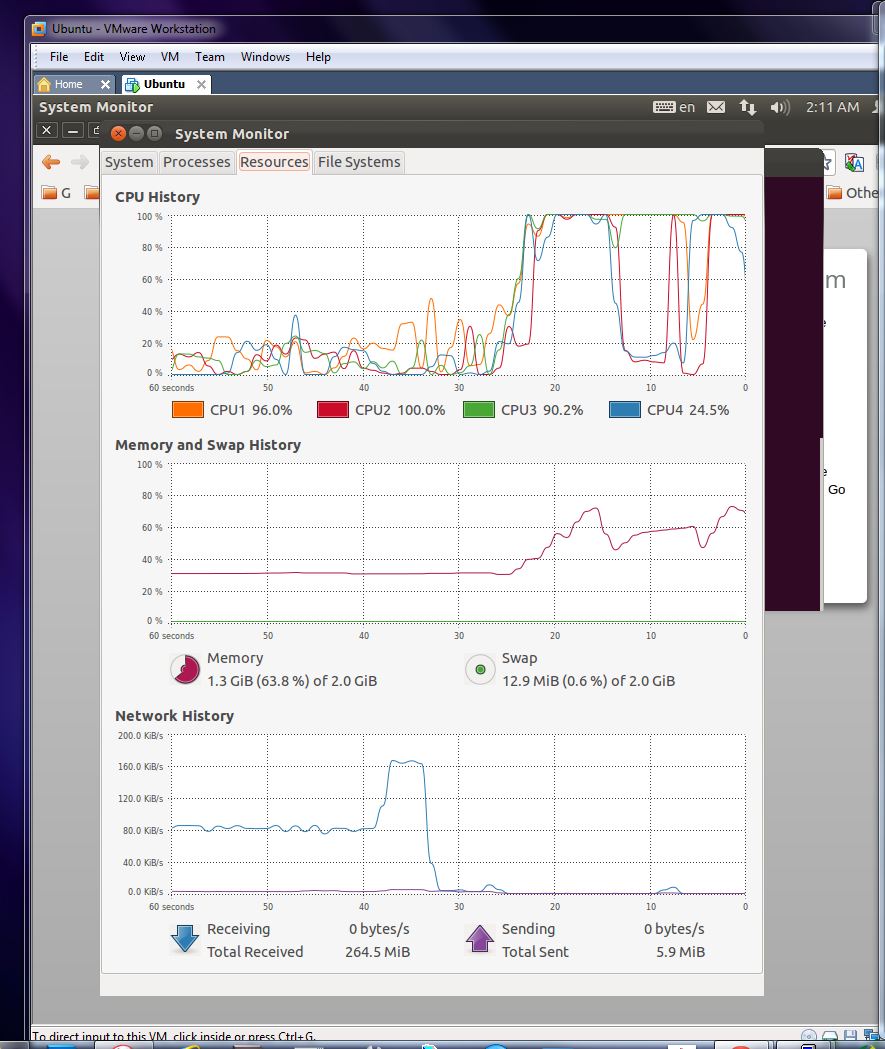 (which would be ok if no limitations were applied - it downloaded some large lib, and started to compile it.)

But I thought I applied limitations to the shell and all processes launched with/from it with ulimit -v 1000000? What did I get wrong? How to make a terminal and all sub processes it launches be limited on ram usage?

ulimit is made for this. You can setup defaults for ulimit on a per user or a per group basis in

So you limits.conf would have the line (to a maximum of 4G of memory)

The limits imposed by ulimit and limits.conf is per process. I definitely wasn't clear on that point.

If you want to limit the total amount of memory a users uses (which is what you asked). You want to use cgroups.

This creates a cgroup that has a max memory limit of 4GiB.

This will cause all processes run by luser to be run inside the memlimit cgroups created in cgconfig.conf.

cgroups are the right way to do this, as other answers have pointed out. Unfortunately there is no perfect solution to the problem, as we'll get into below. There are a bunch of different ways to set cgroup memory usage limits. How one goes about making a user's login session automatically part of a cgroup varies from system to system. Red Hat has some tools, and so does systemd.

On the other hand, memory.soft_limit_in_bytes allows the cgroup to go over-quota, but if the kernel OOM killer gets invoked then those cgroups which are over their quotas get killed first, logically. The downside of that, however, is that there are situations where some memory is needed immediately and there isn't time for the OOM killer to look around for processes to kill, in which case something might fail before the over-quota user's processes are killed.

ulimit, however, is absolutely the wrong tool for this. ulimit places limits on virtual memory usage, which is almost certainly not what you want. Many real-world applications use far more virtual memory than physical memory. Most garbage-collected runtimes (Java, Go) work this way to avoid fragmentation. A trivial "hello world" program in C, if compiled with address sanitizer, can use 20TB of virtual memory. Allocators which do not rely on sbrk, such as jemalloc (which is the default allocator for Rust) or tcmalloc, will also have virtual memory usage substantially in excess of their physical usage. For efficiency, many tools will mmap files, which increases virtual usage but not necessarily physical usage. All of my Chrome processes are using 2TB of virtual memory each. I'm on a laptop with 8GB of physical memory. Any way one tried to set up virtual memory quotas here would either break Chrome, force Chrome to disable some security features which rely on allocating (but not using) large amounts of virtual memory, or be completely ineffective at preventing a user from abusing the system.

You cannot cap memory usage at the user level, ulimit can do that but for a single process.

Even with using per user limits in /etc/security/limits.conf, a user can use all memory by running multiple processes.

Should you really want to cap resources, you need to use a resource management tool, like rcapd used by projects and zones under Solaris.

There is something that seems to provide similar features on Linux that you might investigate: cgroups.

Not the answer you're looking for? Browse other questions tagged users memory not-root-user limit or ask your own question.

3
How to limit a user's RAM on Ubuntu?
10
How to solve this memory issue gracefully?
1
Limit memory usage of a user
0
cgroup to limit memory usage of users
0
Limiting RAM for a group of users on Ubuntu Machine
0
How to avoid a situation where the system is too out-of-memory to even show or kill processes?

1
understanding how to run script securely as limited user
78
Will Linux start killing my processes without asking me if memory gets short?
2
centos5 maximum memory setting for all users
1
Fork / Cannot allocate memory
2
How to troubleshoot what eats memory?
3
How can I enable 4G/4G split in Linux?
0
Linux Find RAM type as a non-root User