How can I get correct sub-pixel rendering in Java applications?

I used to use infinality for good-looking fonts, but it hasn't been updated for ages, and it's now broken. I've since reverted to vanilla freetype and vanilla fonts. I followed instructions to get fonts looking reasonable, specifically, creating /etc/fonts/local.conf as per here. I also appended the following line to /etc/profile.d/jre.sh

Some of my java apps are fine, but some (e.g. Jabref) look terrible. It looks like the subpixel rendering if totally off. (Previously, with infinality, they looked excellent.) 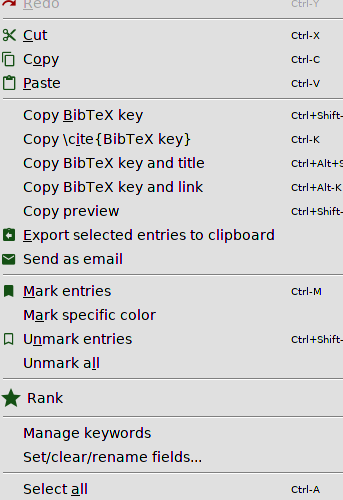 As per the Arch wiki, I tried a few different options, such as setting -Dawt.useSystemAAFontSettings to lcd, gasp and off. However, none of these helped. I also tried using different version of java (java-7-openjdk, java-8-jre/jre and java-8-openjdk), but this didn't help either.

Finally, I tried to install jre{7,8}-openjdk-infinality, but they appear to require "infinality support in FreeType", which is obviously now missing. Can I fix this poor rendering in Jabref?

(Originally asked here, with no response.)

You need a version of openjdk which is built with the freetype support, such as tuxjdk (don't know if it is still supported) or jetbrains' openjdk (available in AUR). And I think it is possible to use the infinality openjdk, with broken dependencies, because its only difference from the original is freetype support (I may be wrong on this).

Ends up that it was just a bug in the Jabref launcher, and my selected java wasn't being used.

Not the answer you're looking for? Browse other questions tagged arch-linux java fonts or ask your own question.

6
Dead keys not working in Java Swing applications
6
Can I install some debs from Ubuntu on Debian Squeeze to get nice font rendering?
15
How to fix Java applications mouse pointer offset in Awesome WM?
13
Where can I set global Java Options?
1
Why does gstreamer-ffmpeg change the fonts for java applications?
1
Wrong character rendering in internet related applications
22
How Can I Improve the Font Rendering In Firefox
6
How to correctly set fonts rendering in ArchLinux/LXDE?
1
Any way to force all java applications to use a particular java setting?