Don't forget the double quotes ("") around the "%F" or else the "Open in Terminator" action won't work from within any folder which has spaces in its path. 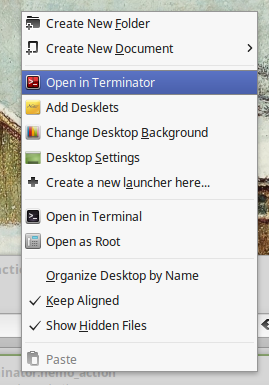 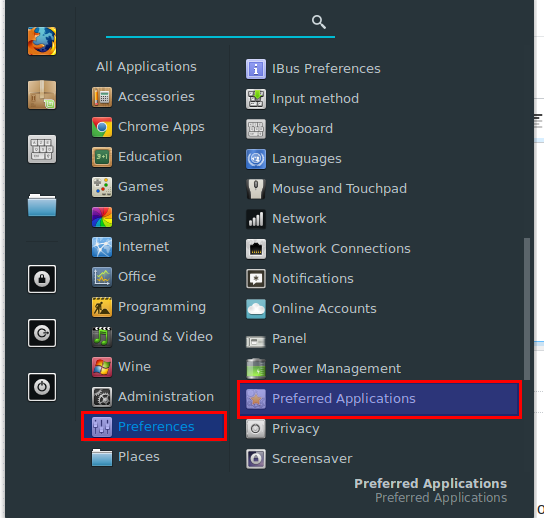 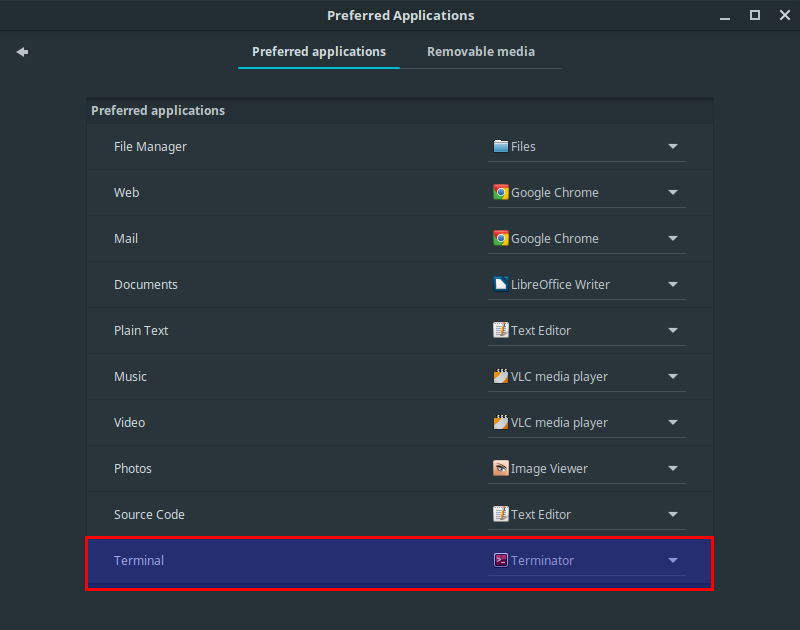 Having wandered into this old thread, I can add my config, as of 2020. The settings for my system were almost identical:

I do not have the default- part.

0
Unexpended script termination on `(` if started via "Run in terminal". What are differences of running script from GUI that way from "ordinary" ways?