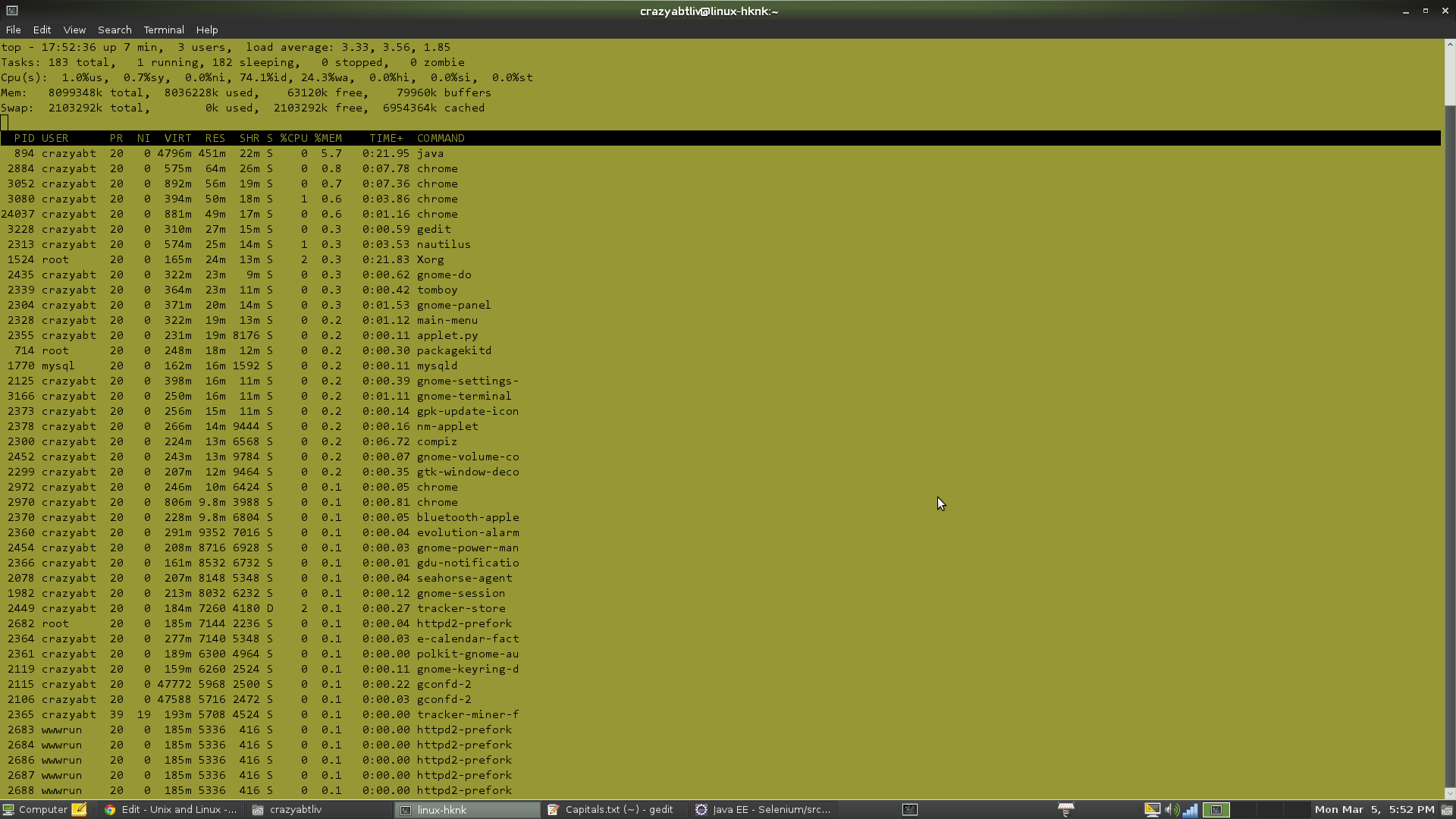 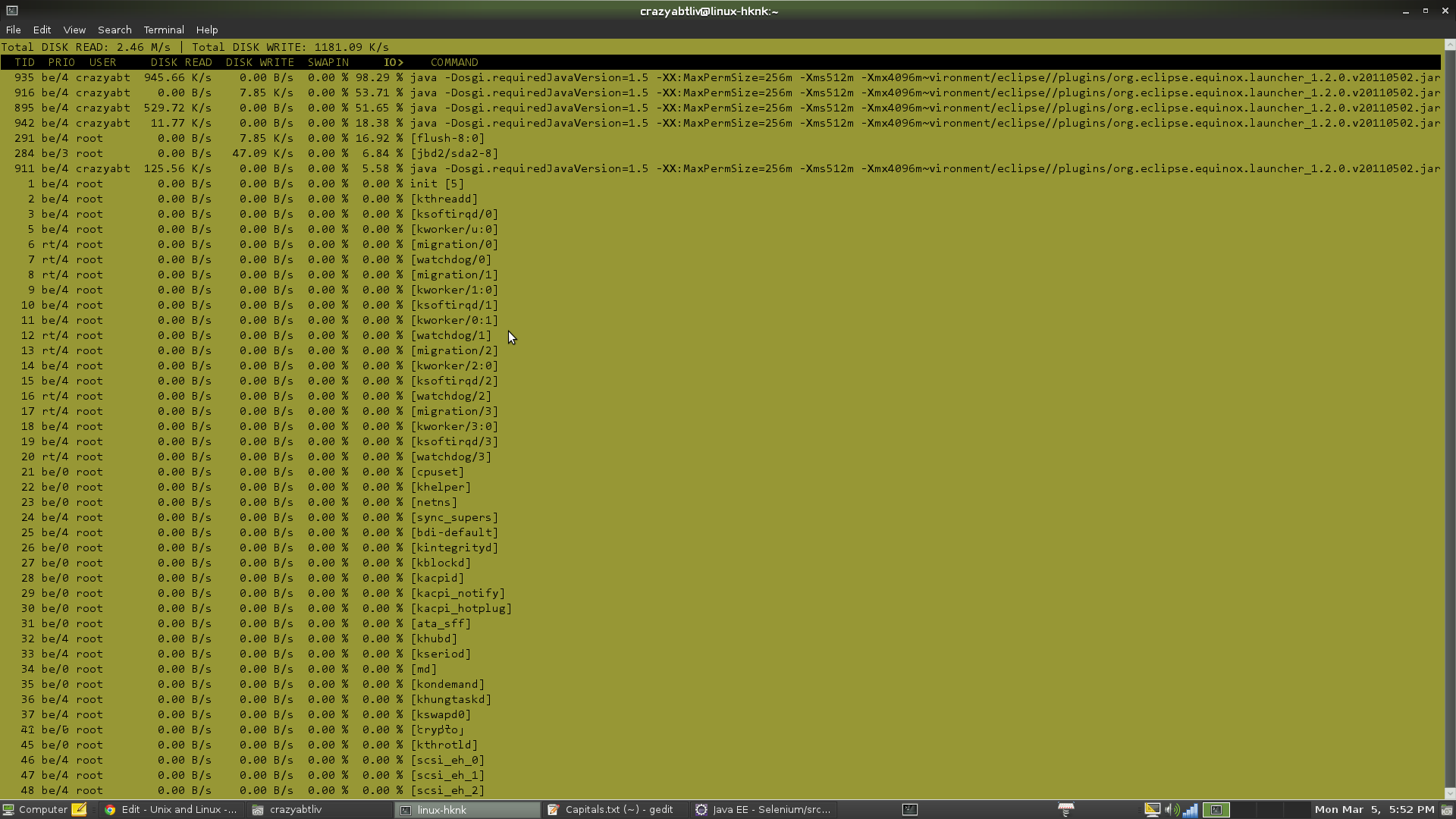 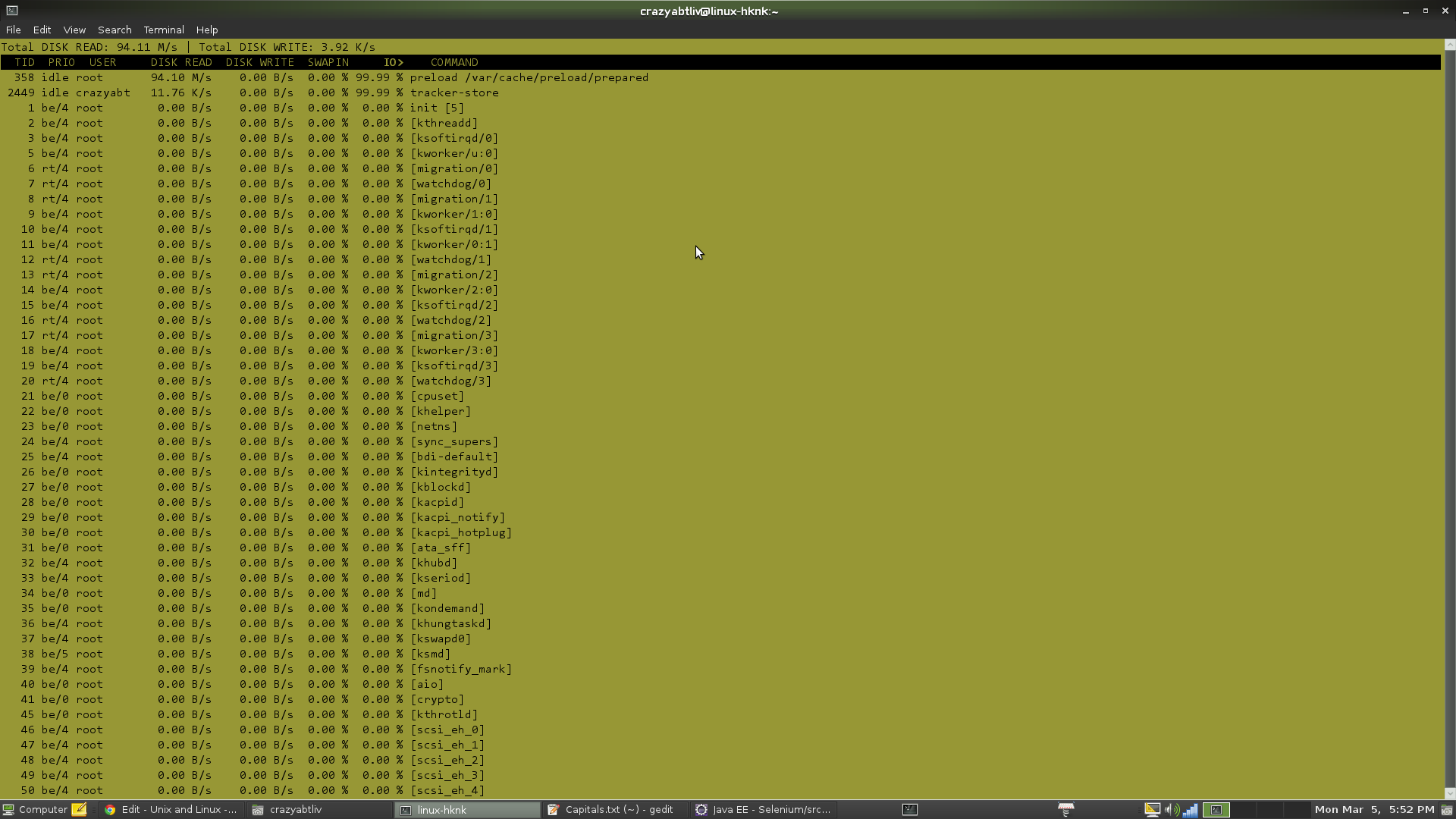 After Eclipse has done its thing 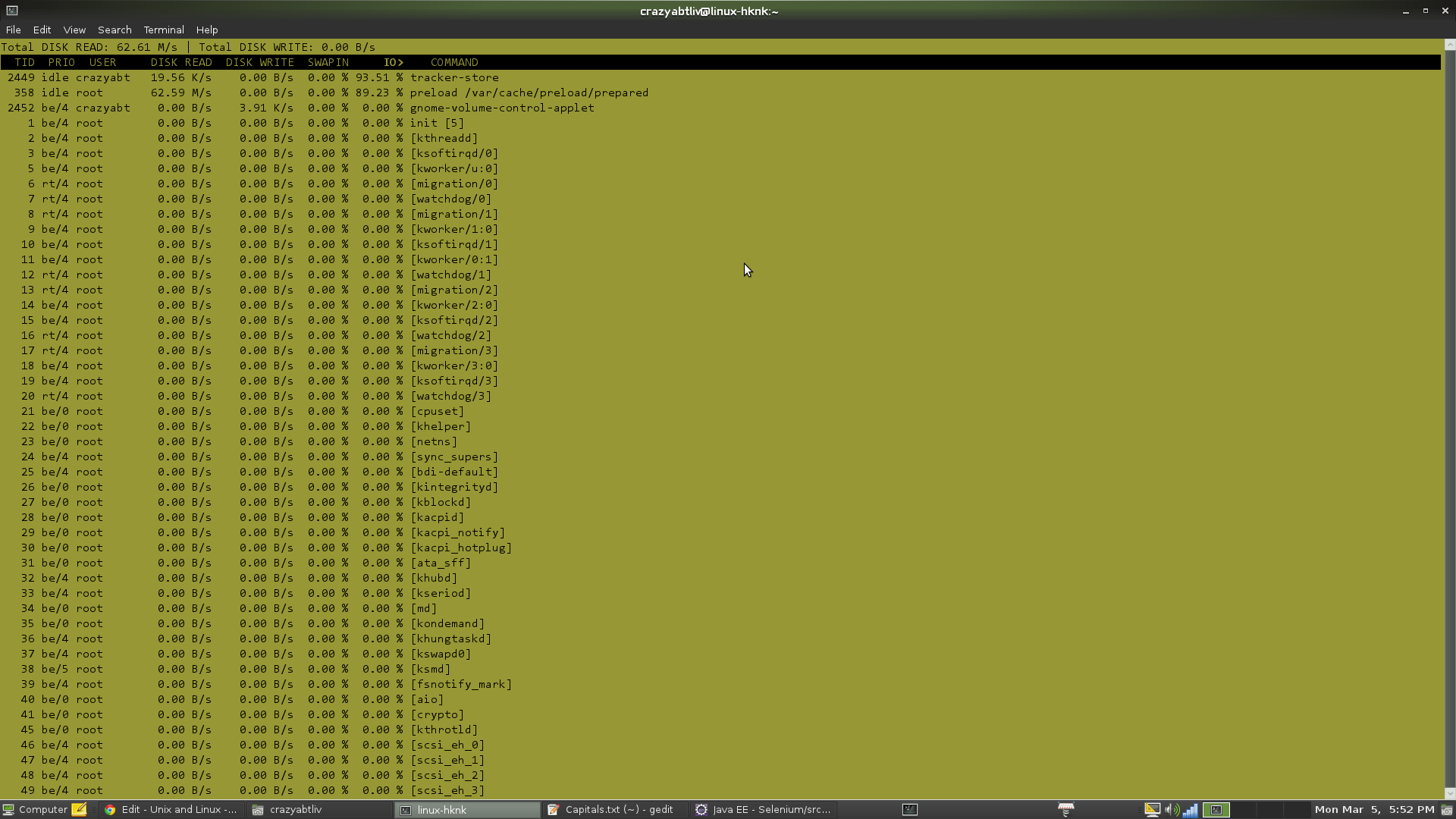 Its as slow as before and brings everything to a halt :(

I have a OpenSuse 11.4 64 bit installed. Earlier the system was fast. Now Eclipse takes forever to open and then takes 5 minutes to build workspace ( No kidding! ) . Here is how top looks on the system when opening eclipse :

I have only Eclipse running at this point of time and while Eclipse takes its own sweet time :( , even the browser does not open. Why is the system crawling ? Any help would be great

You have too much memory in use. See that line which says:

That is the first clue. The second clue will have to come later when you run top, and then press the capital M key. That will sort the processes so that the memory hogs are at the top. Chances are it is one process with a memory leak, but it might be something else, for instance are you running SOLR with a db that keeps on growing?

iotop is fine for finding out what kind of IO you are doing, but chances are you will just learn that it is general disk IO. If you had more RAM then you would have a bigger disk cache and therefore, less disk IO. What does top show you after Eclipse has done its thing? Maybe you just have too many plugins loaded?

Also, free -mt is a better way to see the actual buffer cache size. There will be a line that looks like:

and the second of the two numbers is the amound of RAM used for buffer caching that could be made available to an application. The output that I gave is from a server running SOLR and another Java webapp with 12G of total RAM.

If I were in your shoes I would start Eclipse from a shell prompt so that you can see stderr log messages, then monitor top with the M option, (or repeatedly run free -mt) while Eclipse is loading to see if you can correlate the bump in RAM usage with what is happening at the time.

Also, the deed may have been done at boot time by something else, maybe too many Apache mods or something similar. You could always add a special init script to do similar memory monitoring with timestamps during bootup.

I hope you are already running something newer than openSUSE 11.4, so just for the posterity: judging by the iotop screen shots the sluggishness had been very likely caused by the heavy I/O processes - namely preload and tracker-store. While both are supposed to be helping considered - both are supposed to be helping, but under some circumstances they become performance hogs (plus having all your personal data indexed doesn't necessarily have to be a good idea from the security point of view either).

Not the answer you're looking for? Browse other questions tagged opensuse performance eclipse or ask your own question.