I have a dual boot system for a while now:

Windows 10 and Arch Linux and Grub2 to select between them.

I cleaned my PC and after putting it together, it didn't recognize my HDD, so I changed some settings in BIOS. Turned out, I forgot to plug in the HDD back in. So, I plugged it in, but now I can only boot into Windows. When I go into BIOS, I have 2 options for my HDD to choose from: - Windows Boot Manager (P6: my hd) - P5: my HD

First one brings me into Windows, second one tells me to "Reboot and Select proper Boot device" Booth UEFI and Legacy are activated. I think, the problem is, that P5 (Partition 5?) is just not the right partition, but I can't select any other. Here is what my partitions look like: 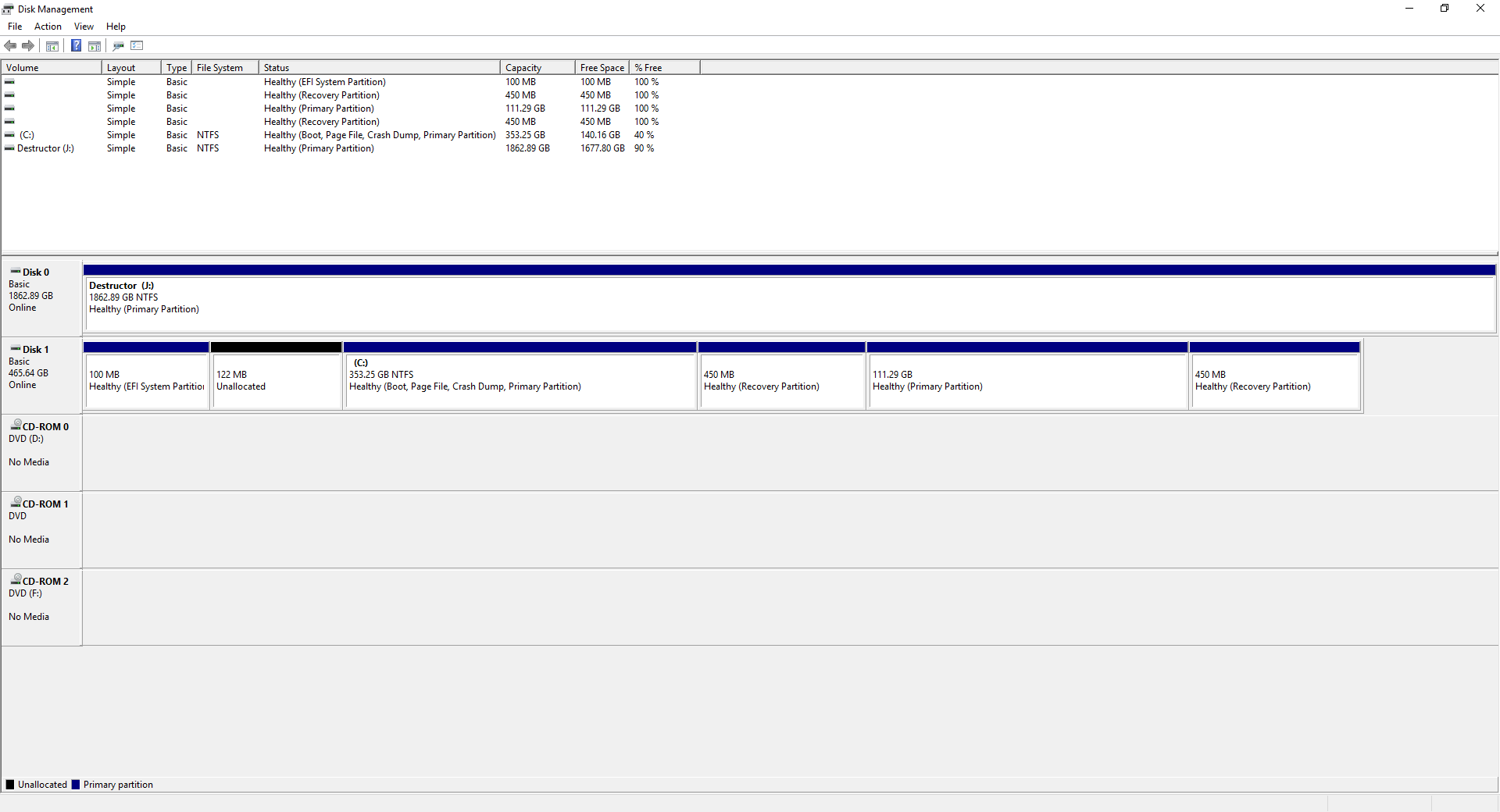 So after tinkering around for a while I finally found a solution. I used boot-repair, thanks to hermancain for the suggestions

But not for what, it is indented for (since that didn't work), but to get into my linux filesystem and get my grub-config (/boot/grub/grub.cfg) and searched for the entry for my Linux-boot. I made a picture with my smartphone and then I booted to boot-repair again, which has GRUB and instead of booting boot repair, I pressed C for the console. Now I repeated the steps from my grub.cfg:

After finally booting into my Linux, I opened a console and executed

Now, I could finally select the right boot-entry in my BIOS again(The P5 entry disappeared and I have still no idea, what that was supposed to be).

I think, I should go with the times and will install systemd-boot like suggested by cylgalad in the next few days, so something like that won't happen again.

I have some other problems with my PC, so I did reset BIOS. Than I had the same problem. I even already had systemd-boot installed. So, this didn't change anything. The problem is obviously that when BIOS scans the HDDs for the first time, it only recognizes the Windows Boot Manager, but not the Linux Boot Manager in the EFI partition. I guess reinstalling GRUB, systemd-boot notifies BIOS about that and that is when you can select it in the boot menu. The P5 entry was also there, the second time and disappeared after reinstalling systemd-boot.

The motherboard with this problem is an ASUS M5A99X EVO R2.0 with the latest BIOS version (2501) installed.

Not the answer you're looking for? Browse other questions tagged boot grub uefi bios or ask your own question.