I finally decided to replace Windows Vista by Ubuntu. I needed several attempts as I am not experienced with disk partitions. I want to have only one partition with ubuntu installed there. I managed to install ubuntu. However, I have three partitions instead of only one, please look at the picture. 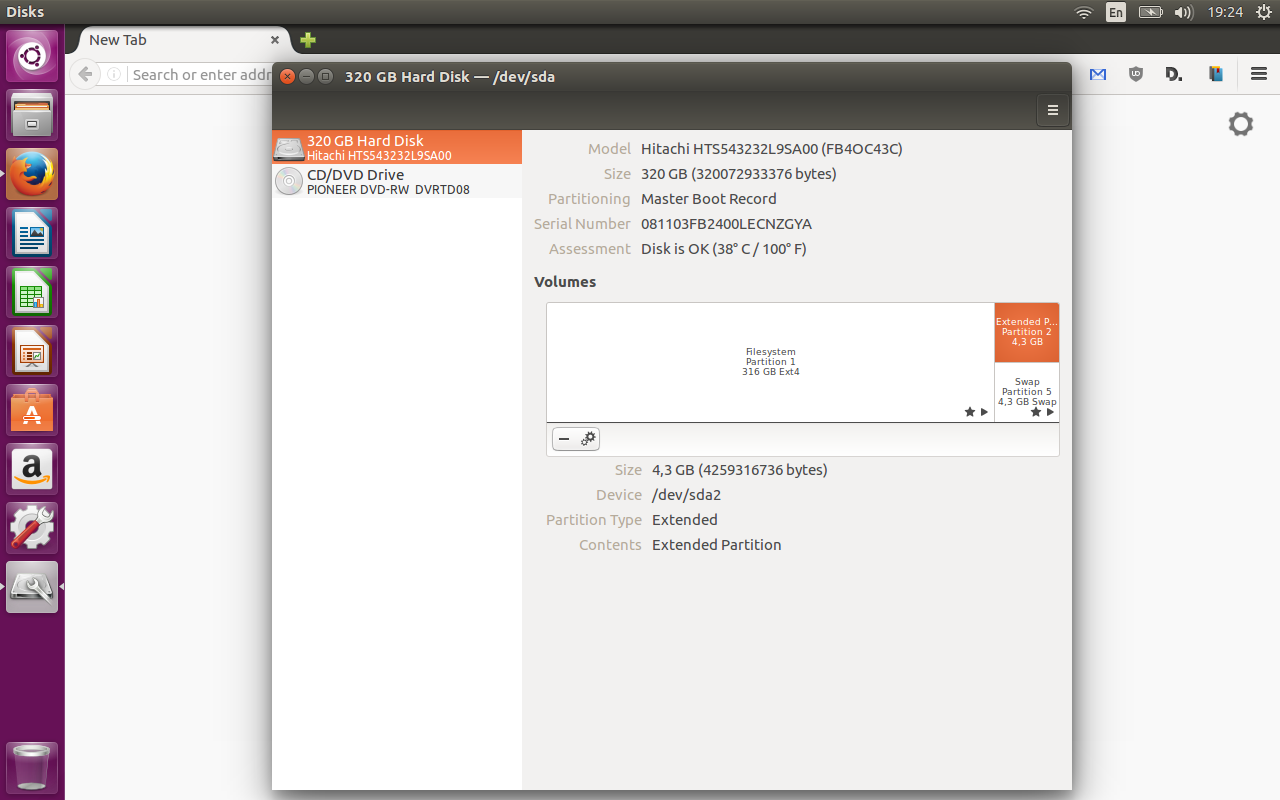 I want to delete two redundant partitions so that only one remains.

Details on the partitions:

I guess that I can keep only the first partition and delete the others. However, when I try to delete one of those two partitions, I receive the following error message:

What can I do now?

The swap partition is the traditional way in Linux of handling what in Windows is called "virtual memory". That is, when you run out of RAM (among other situations; other examples of things that use swap include hibernating the system (suspend to disk)), the swap partition will be used as an "overflow" for things that won't fit in RAM (which of course will be slower but means your system can keep running rather than having to crash or kill processes seemingly at random).

So, the simple answer is that you don't need to delete this partition; it's a normal part of Ubuntu.

(If you really positively do want to delete it, which I don't recommend at all, you can stop the system from using it by typing "sudo swapoff /dev/sda3" at a terminal before deleting it.)

Not the answer you're looking for? Browse other questions tagged partition or ask your own question.

2
How to modify a partitioning layout (which may involve converting a primary partition to an extended one)
5
Move / to a new partition
9
Do I only need one swap partition for multiple Linux distros? (and other questions)
2
Is it safe to delete old boot and EFI System partitions?
1
Is it safe to move partitions like that?
2
How to renumber partitions
14
How to extend logical & extended partition with fdisk
1
Change PTTYPE and UUID of an fdisk created partition
1
Format a Thumb drive with an OS Partition