not able to add kali to bootloader

I completed the installation but in the end i am not able to add kali to bootloader. Easybcd software used gives me error shown in image below 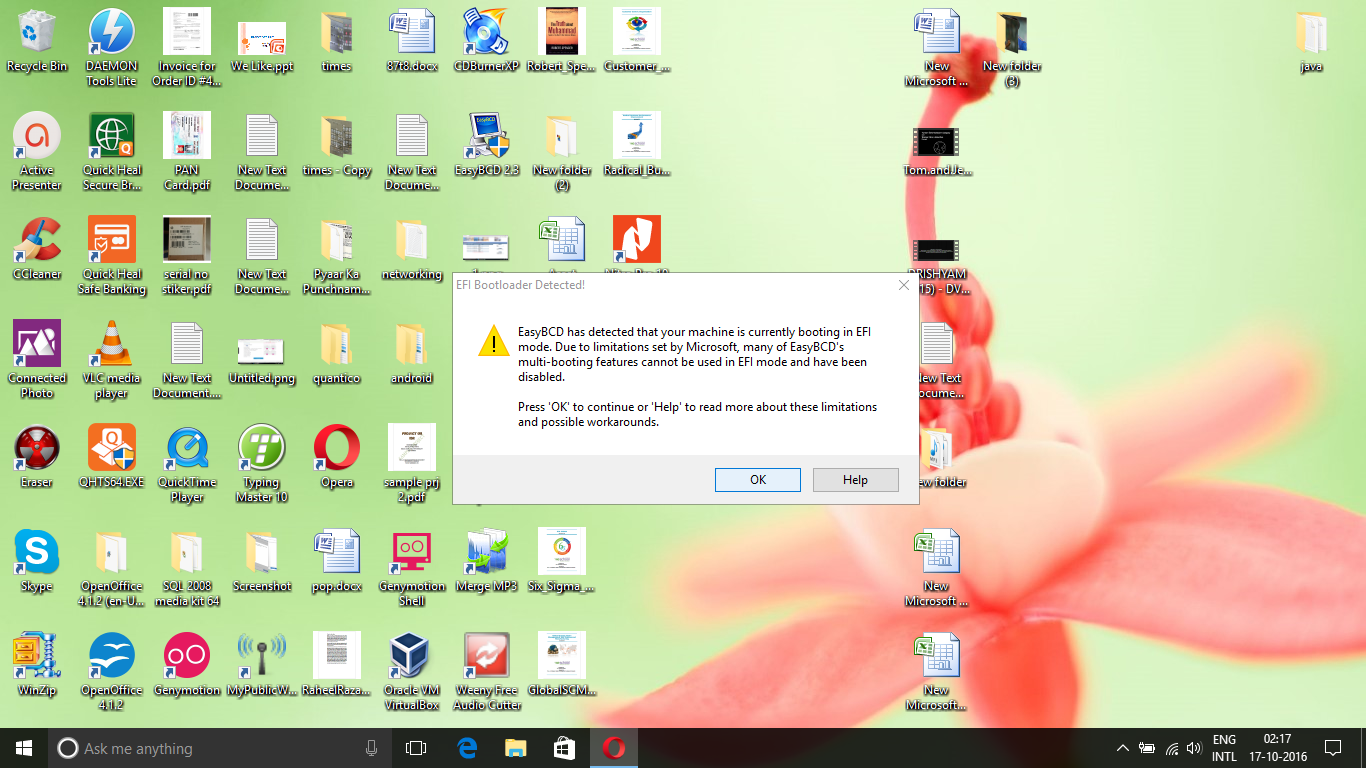 while adding entry into the easy bcd option are not selectable(locked) as shown below. 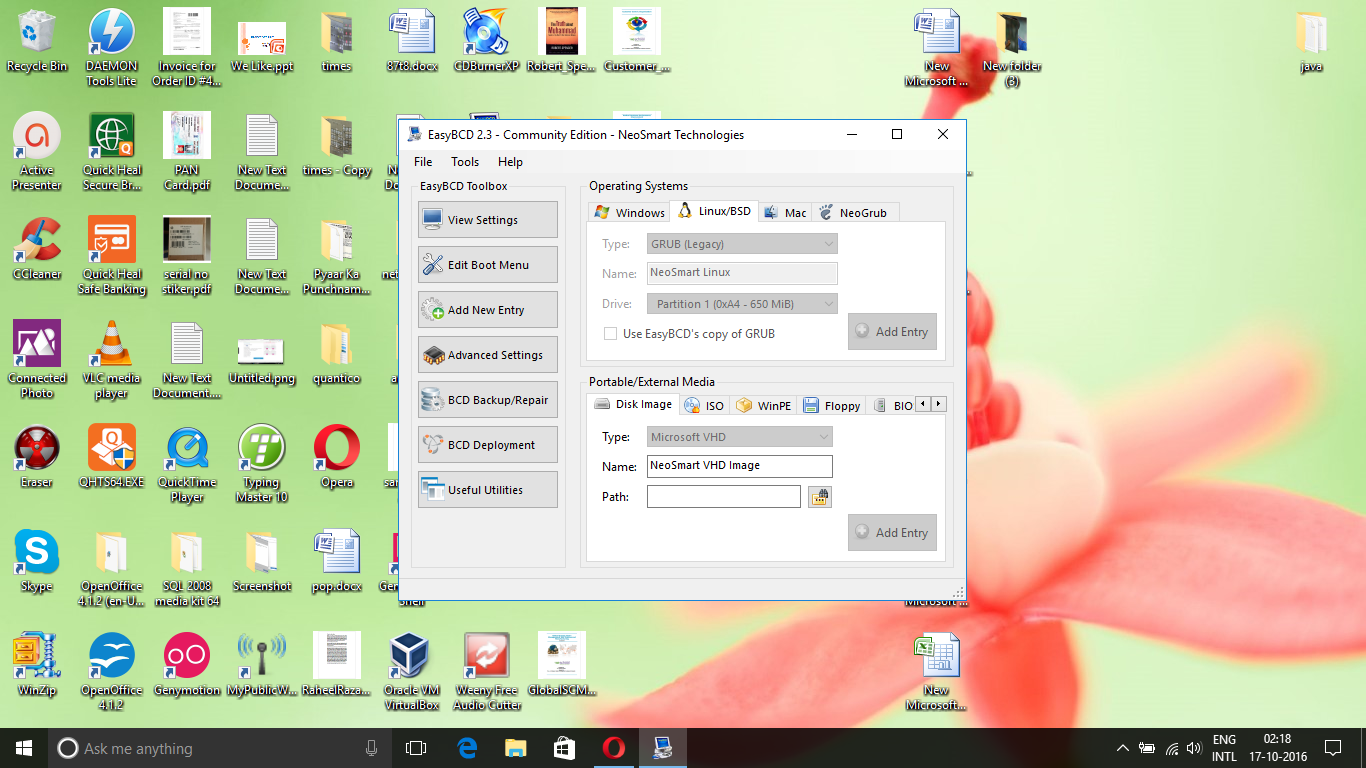 Is it possible for me to add kali into the UEFI botloader anyhow. what are other options if any? my current OS is windows 10 with EFI boot.

Your bootloader is locked. There are ways around this, but you could kali's bootloader instead - GRUB, which is more suited to these sort of things anyways. I think you can do this simply by changing your boot order through your BIOS to first boot the Kali partition. Then you must add the windows partition to the GRUB boot list.

Once you are in Kali and everything is set up, including sudo priveliges for your user, open a terminal and enter this command:

Find drive label (sdXY, where X is a letter and Y is a number) for your Windows partition. "lsblk -f" can also be useful here.

Then run this command:

You are now editing a file. Add this to the bottom of the file, replacing sdXY with what you found above:

TRIPLE check that this is that what you entered is the same as it is here. Then run:

If you have any problems running any of the two sudo commands, it may be an SELinux permissions issue. Run this:

then retry the command(s), then reboot or re-enable SELinux:

Alternatively, you could run Kali linux in a virtual machine on windows, eg. virtualbox

Not the answer you're looking for? Browse other questions tagged kali-linux dual-boot boot-loader or ask your own question.