My hard disk is full - how can I determine what's taking up space? [duplicate]

I have 20GB for my Mint-KDE 18 root partition. There is no extra home partition. I am doing nothing special, just Chrome, KRDC, Teamviewer and the partition was half empty. One thing I did was copying in Dolphin from webdavs repo on the internet to my network drive via samba. Nothing was stored on my PC.

Now I got the message that my disk is full. When I open my root or home directory in Dolphin it says 0 MB free.

This will display the size for all of the top-level directories in your root directory in 'human readable' format. You can also just do

to only see the ones taking a couple GB or more.

For a more granular level of detail, do something like

which will show all files in and below your root directory that are 1G or over in size.

** note that you might need to prepend sudo to the commands above.

edit -- just saw you want them sorted by newest or largest

Instead of all the manual commands in the other answers, I recommend a tool specifically built for this purpose: ncdu, install with the package manager of your choice.

It only is a small command line utility, so you should be able to install, when you just make a little bit space.

to analyze the entire system.

My favorite command for this purpose is

du without options lists all subdirectories and their sizes.
sort sorts by size. n asks for a numerical sort. r reverses the result to largest first.
head -20 limits the output to 20 lines.

By listing directories instead of files, you will find directories that contains a large number of small files.

For sort to work properly we can't use human-readable output, but the largest is the largest even if you can't quite parse its size.

The output for a directory will include its subdirectories, so you will see .cache listed before .cache/chromium (or whatever)

You can use the command find to display files with their sizes in human readable format :

Before running the more time-consuming du -h command suggested by others, have a look at some folders you can clear easily and often contain junk. You might want to du -h in each of them if they contain a lot of files, before the global du -h.

Use du with the -h --max-depth= parameters (settings of 1 to 3 are useful) to drill down on where space is used. If these numbers do not add up, try stopping non-essential services like web servers, log daemons, nfs (or just reboot) - running processes can take space on the filesystem too by keeping an already unlinked file open (often happens with logging services) and check if the space usage decreases.

I think baobab comes standard on Linux Mint. It should let you zero in visually on which directories use the most space. 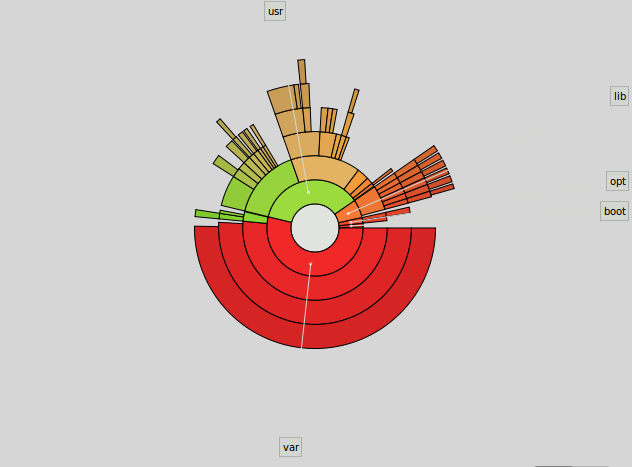 There is a pretty good chance that a lot of it is browser cache. The visual tool will let you interactively see exactly where most of it is.

There is a nice piece of cross-platform freeware called JDiskReport which includes a GUI to explore what's taking up all that space. 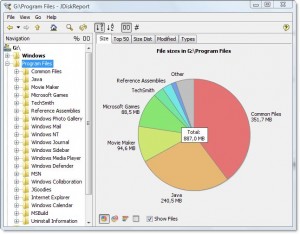 Of course, you'll need to clear up a little bit of space manually before you can download and install it, or download this to a different drive (like a USB thumbdrive).

You can use standard tools like find and sort to analyze your disk space usage.

I'm late to the party. It seems like everybody has their own favorite version of du | sort with different flags.

From the du manpage:

I got the tip from the book "Linux Server Hacks: 100 Industrial-Strength Tips and Tools" by Rob Flickenger (O'Reilly, 2003).

In Hack #15 (Playing Hunt the Disk Hog), the author recommends adding this one-liner to your .profile:

In practice, though, I generally don't get around to aliasing the command because I've used it so many times that I have memorized it.

Not the answer you're looking for? Browse other questions tagged files disk-usage or ask your own question.

662
Tracking down where disk space has gone on Linux?
96
How to understand what's taking up disk space?
157
What is the difference between /tmp and /var/tmp?
57
Finding files that use the most disk space
14
What's eating my disk space?
11
Find biggest files or directories

96
How to understand what's taking up disk space?
14
What's eating my disk space?
5
How to determine what process is eating up all available disk space?
0
Hard Disk Space for Debian 10
0
Home directory in two locations taking double space on disk?
0
How to free up disk space when the disk is full?