apply patch when asked `File to patch`, what should I do?

I have a system freeze issue and I found this discusion on github, one of them suggest to add 5 patches:

It asked File to patch, I don't know what to fill. How can I proceed and apply these patches. 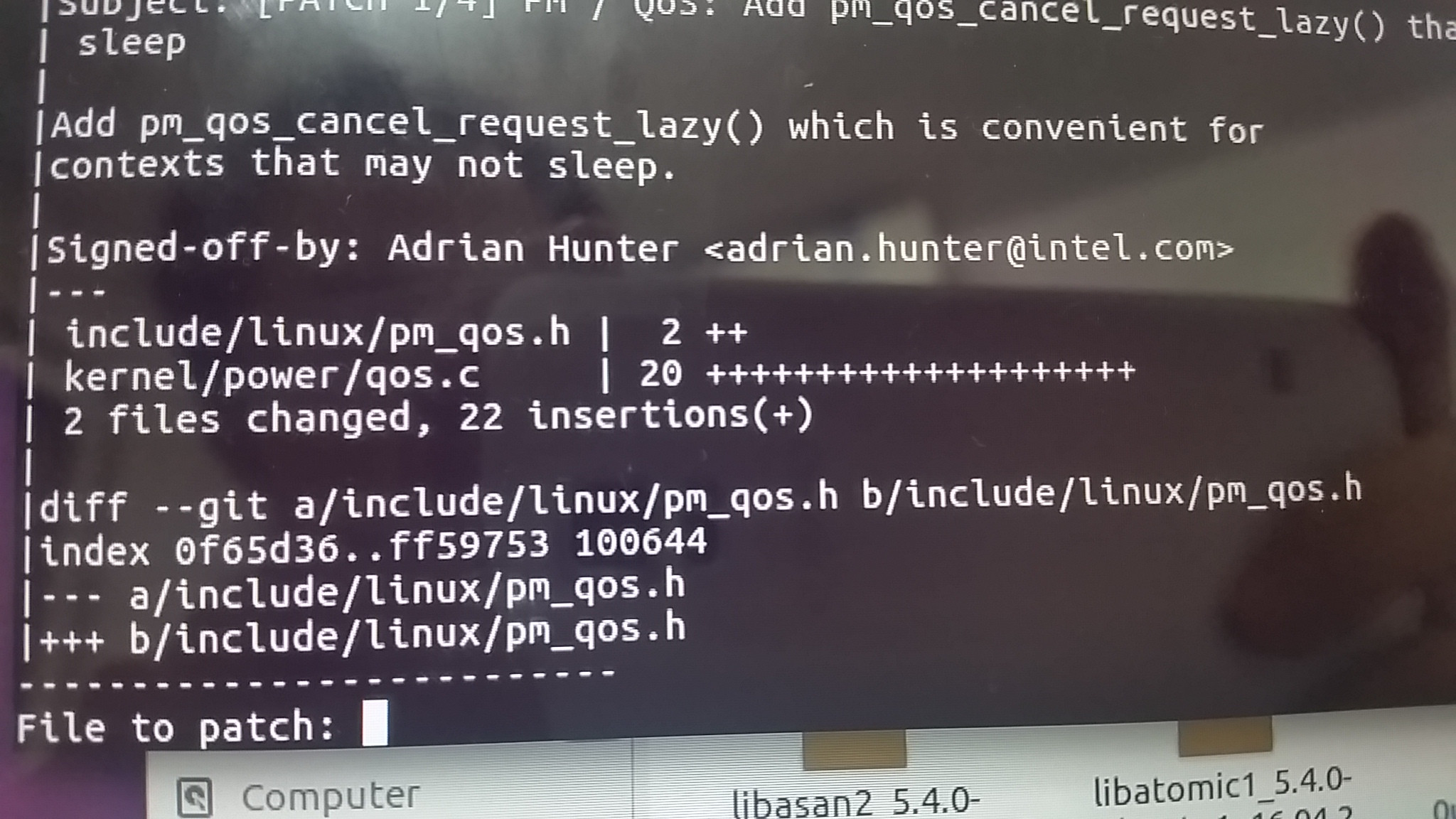 To apply a patch of this form:

with patch -p1, several conditions have to be met.

If 1 and 2 are not met, then patch will not find the file to apply and interactively ask you to supply the path name.

The same remarks apply separately to all other files that are mentioned in the patch.

If you're trying to patch a different version of the kernel from the one against which the patch was produced, I'm afraid you're "in over your head"; that requires some level of understanding of kernel development (depending on how complex are the adjustments required in the patch for it to apply).

Sometimes we find that kernel files have just been renamed; a patch will apply fairly cleanly if the files mentioned in it are renamed to the new names. On the opposite end, in the worst cases, you have to actually understand what the patch is doing (possibly by looking at the original kernel where it was made), and then implement the same logic from scratch in the target kernel. In cases of "intermediate difficulty", you just have to deal with issues like variable names, function names and struct member names having been renamed; the patch will apply if it just follows new names.

5
How to make and apply (patch) one side diff?
2
What is the difference between a patch which reverts a commit and a "reversed patch"?
2
How do I apply a patch?
4
How to apply simple patch (reverse detected)
2
How to find a specific patch for a kernel file
0
Is it possible to get patch to patch files in $HOME and system both in one command and file?
1
How can I apply a patch file to the kernel of my current Linux installation?