How can I enable UTF-8 support in the Linux console? 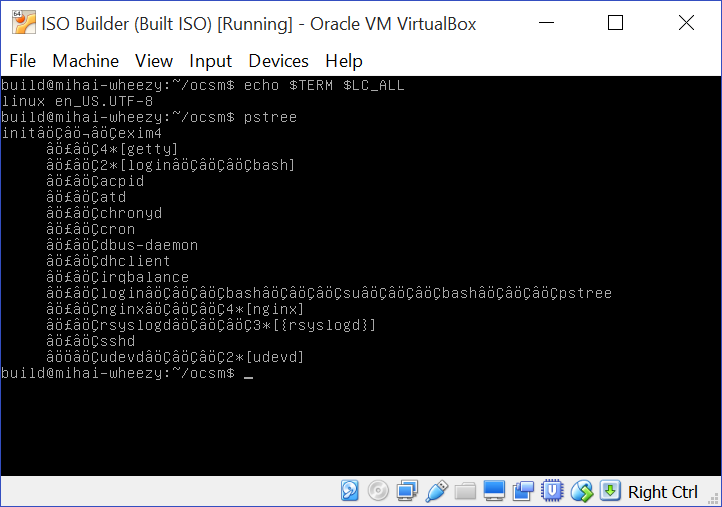 Check that you have the locales package installed

If not, install it

you can navigate that list with the up/down arrow keys, for example choose en_US-UTF-8

edit your .bashrc by adding the following lines:

Run the localecommand ,the output should be similar to this::

Sure (it's limited on the number of glyphs, but it seems your locale is using UTF-8 encoding).

I use this for testing:

Using the example given with pstree, here is an example after running the script (before, the same sort of output as in the question): 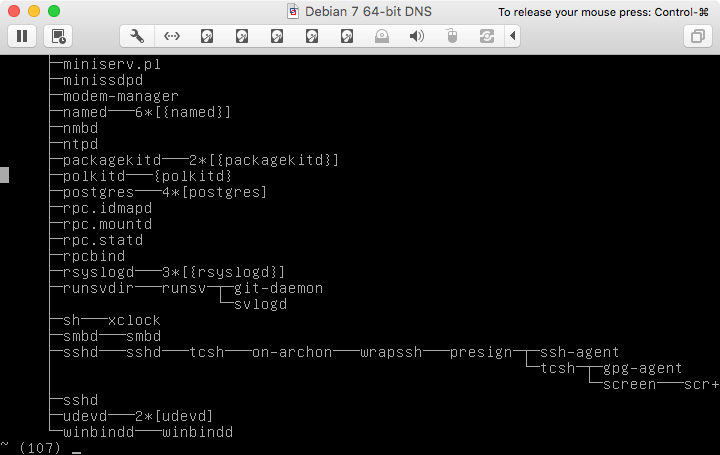 As noted in a comment, there's a script unicode_start which does more, but all that is needed to address the question posed is the small script used as an example.

Addressing a different comment: At least on my system (and in the screenshot shown in the question), all of the characters used by pstree are supplied in the 512-glyph font used by default for Unicode support in the Linux console.

Not the answer you're looking for? Browse other questions tagged debian console unicode or ask your own question.

6
Charset / font in the Linux console
68
How can I set VIM's default encoding to UTF-8?
3
utf-8 sequence in the console
21
Can not use `cut -c` (`--characters`) with UTF-8?
9
Linux console can't display any language other than English while the terminal under Gnome can
2
How can I enable TTY console?
0
UTF-8 characters are not printed correctly on the console
1
How can I enable Unicode support in buildroot?