I'm trying to install/uninstall packages in Debian but getting errors. 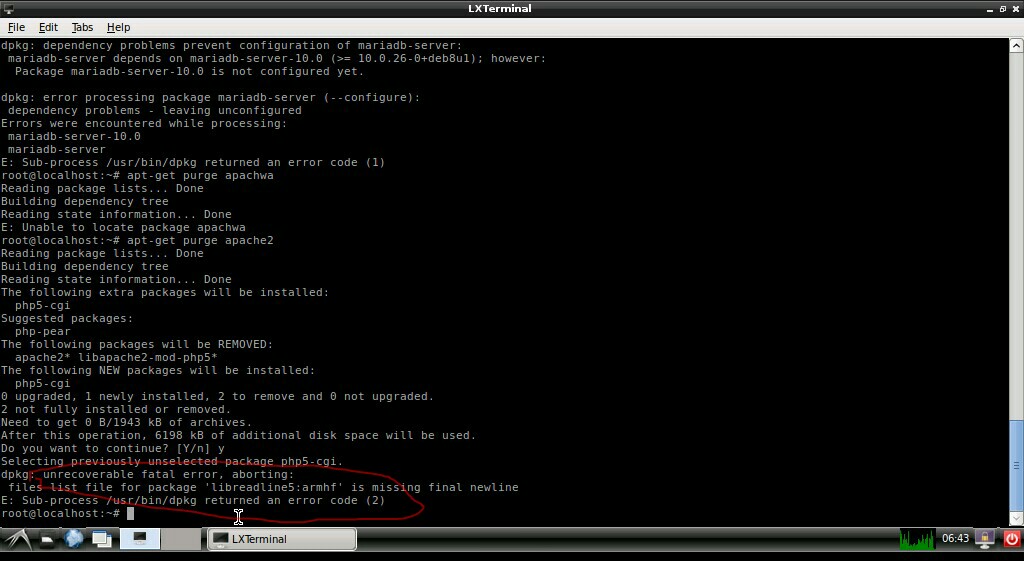 I can't remove or add any package, always getting the error.

You may try fixing the problem with a Python script published by pokerbirch on Ubuntu Forums (under CC BY-SA 4.0 license):

It scans the package definition files and adds a newline character if one is missing.

Not the answer you're looking for? Browse other questions tagged debian package-management or ask your own question.