Can't ping host from router, but both router interfaces from host

I'm trying to set up Ubuntu Server 16.04 as a router just to figure out how this works and maybe build a home server/router down the line sometime. Problem is, I can't seem to get it to work, not sure if it even accepts the routes I set up.

This is probably the eighth or so setup I tried for the routes so it may seem odd. I tried these with "up" before, with "add" instead of "replace" and "||true" as per someone else's previous suggestion here on SE.

Network/VBox setup is as follows: 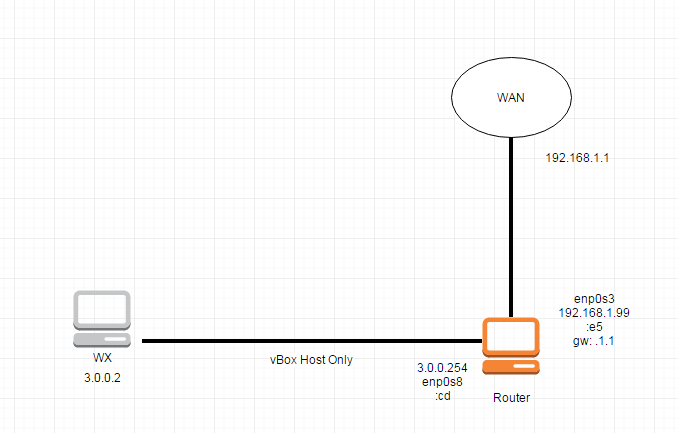 Any suggestions appreciated, thanks.

-Edit-: so I changed the setup a bit as per the suggestions here (thanks for these): 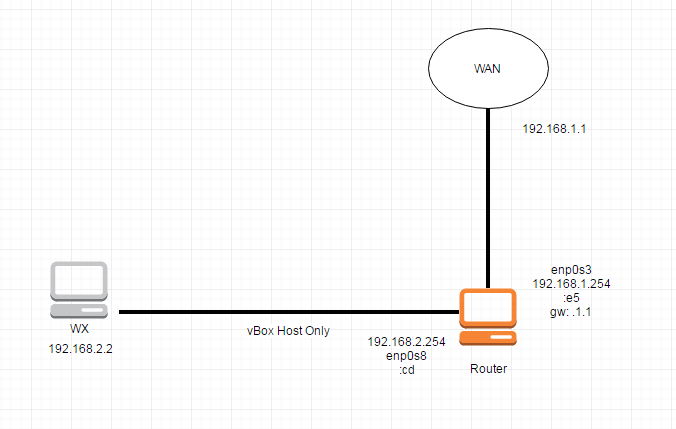 The LAN router can ping the WAN router, both its own interfaces and into the WAN, but not to the client (.2.2)

The WAN router can ping both LAN router interfaces, but not the Client.

Windows Firewall on the client is disabled.

I've had a prior setup with a ClearOS VM that worked without configuring the WAN router, but ClearOS wasn't what I had in mind so I tried to use that config for the Ubuntu setup which strangely does not work. VBox config is the same.

As always, any help is appreciated.

How to do this depends on the software of r2.

You will have to tell the kernel of r2 to forward IP-packets:

Then make it permanent by uncommenting the following line in /etc/sysctl.conf

Not the answer you're looking for? Browse other questions tagged ubuntu routing or ask your own question.