Trying to get my system running without an initrd

I've been trying to configure a kernel that will not require an initrd to boot. I haven't succeeded. The filesystem I'm attempting to boot from is ext4, and I have all the extended filesystems compiled in my kernel (not as a module, in the kernel itself). I'm using an Early-2011 MacBook Pro with a 2.5" 1TB WD hard drive. My command line is root=PARTUUID=5c595262-cd6a-48f9-b199-6d72dae95b09 ro rootfstype=ext4 rootwait and every time I boot I get a kernel panic about not being able to mount the root partition and the root= section of my command line being invalid. See Update I have CONFIG_DEVTMPFS enabled that mounts /dev before the root filesystem, but since I originally posted this question, I've switched to using a PARTUUID instead of specifying it's dev path, so I shouldn't need it anymore, but it's still enabled. I have the CONFIG_EFI_STUB option enabled and am using that to boot, and my command line is hard coded into the kernel. 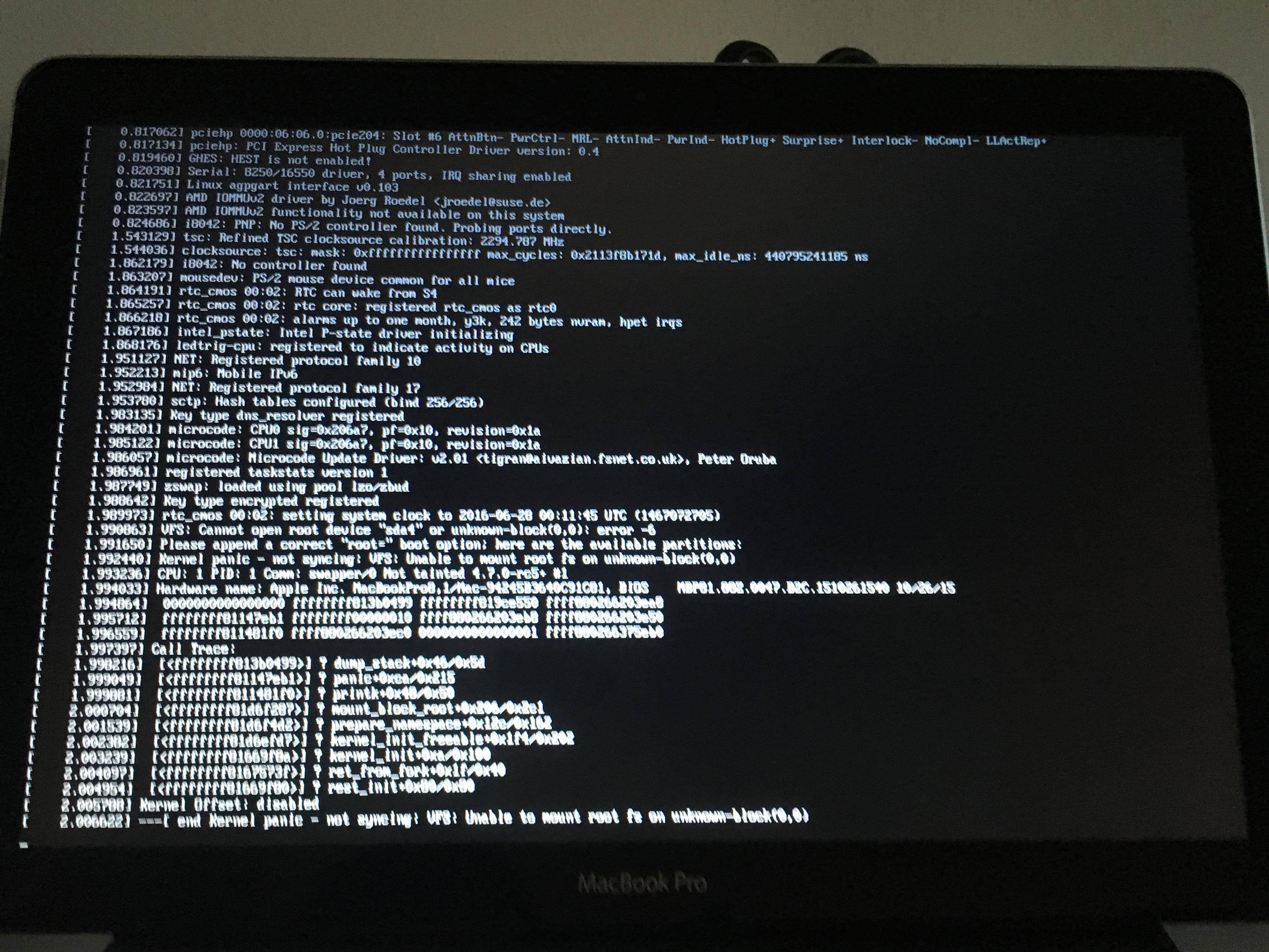 What configuration options do I need to change to get my system working without an initrd talking to my HDD? I can't use an initrd because my only method of booting is directly loading my kernel EFI-style, and therefore since the kernel itself can't load an initrd (as far as I know, a bootloader is required to load the initrd) I can't use one.

UPDATE: Since the posting of this question, I've determined that everything is configured fine except my kernel isn't seeing my 2.5" internal 1TB SATA drive (which is why my kernel was originally saying the root argument was invalid, sda didn't exist). So what do I need to configure to get my kernel talking to my internal SATA HDD? (And should I post that as a separate question?)

lspci on that same slightly-modified configuration and initial ram disk

I was able to get it running by compiling my SATA controller (libata) into my kernel, which was originally being compiled as a module (and which was why it would run fine with an initial ram disk).

Not the answer you're looking for? Browse other questions tagged linux boot linux-kernel kernel-panic or ask your own question.

17
What does 'make localmodconfig' do?