I've read some conflicting advice around the web regarding setting the bios in UEFI or legacy mode and enabling or disabling secure boot. For instance, one thread I found said (if I understood correctly) that I should install Linux using the same setting as my Windows partition. This would mean the partition should boot using UEFI, however I have only been able to install Mint using legacy boot mode. When I tried to access this partition it would not load past the splash screen with the Mint logo.

I've been able to run Linux from the USB in UEFI mode, however when I run the installer to put it on the system I am told I don't have enough space: 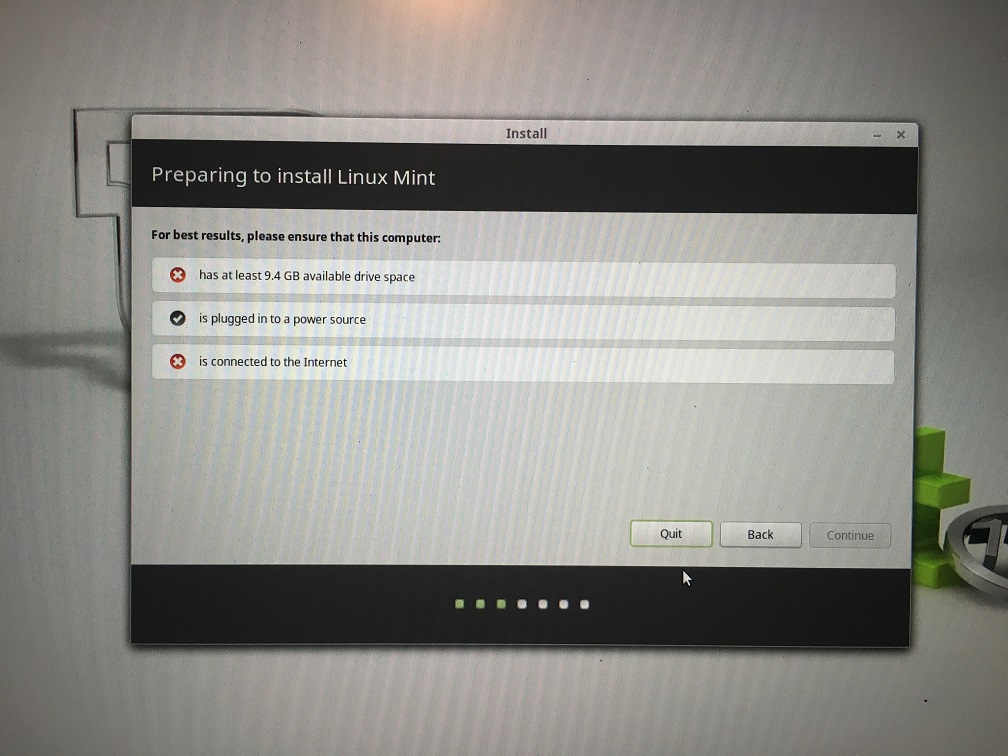 I have freed up roughly 90 GB by shrinking my windows partition, so I don't understand why the installer isn't detecting that space. I suspect it might be trying to install Linux on the USB, but I don't know how to confirm or change that setting. Here is a picture of my partitions in Windows to confirm I actually have the free space: 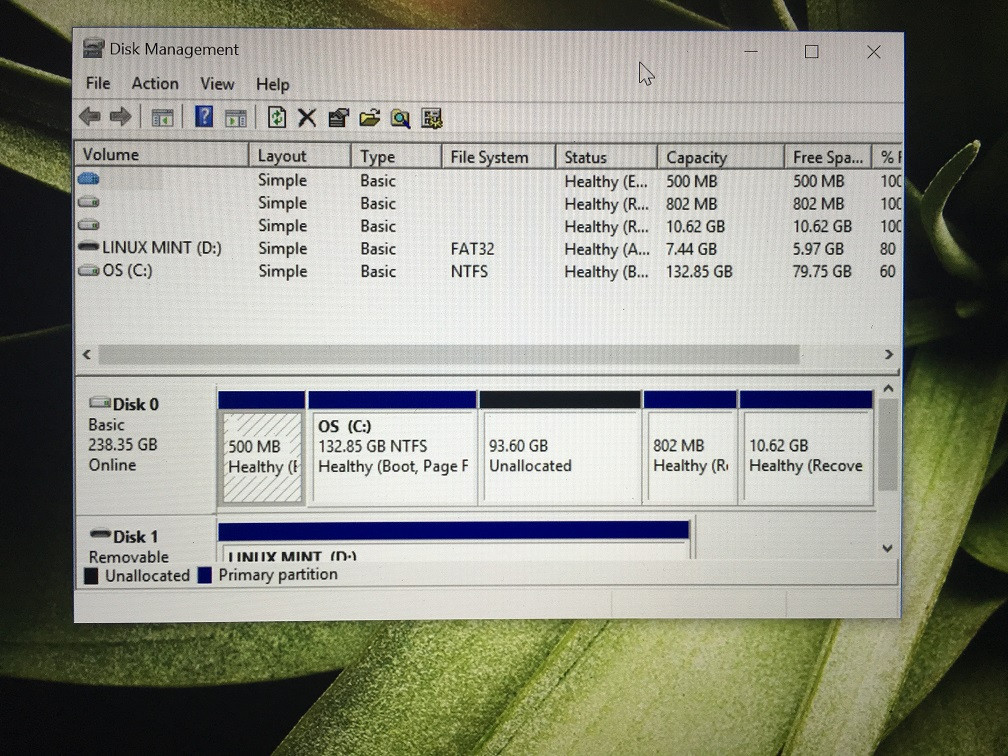 Why isn't the installer detecting the free space on my drive, and how can I fix the issue so a can dual boot with Windows and Linux? What boot settings should I use for the smoothest install?

linux-mint system-installation
Share
Improve this question
asked May 13 '16 at 21:52

Use the unallocated space by moving and enlarging the partition you want to install mint on. I prefer live booting to puppy Linux it has a great partition manager pre installed.

Your screenshot shows the 93.60G Unallocated partition quite clearly so it is detecting it. Why this is not reflected in the upper portion of that installer window I can only speculate on.

I would guess that is only a list of allocated partitions.

Did you click on that partition in the screen you have pictured?

Without downloading and checking the LM installer out it is pretty hard to give you more help.

I think they may have a link on their live session to installation documentation. Many installers themselves have links to release notes that can be very informative.

I suggest checking those resources out. Linux Mint has a good reputation for good documentation. Have you checked their site? They also have a very good forum.

Not the answer you're looking for? Browse other questions tagged linux-mint system-installation or ask your own question.