Can someone please help me understand the output that I get from the top command? This is the point that the oom-killer is invoked and kills my main application. What exactly is under the VSZ and %VSZ? What is 502m304.5?? 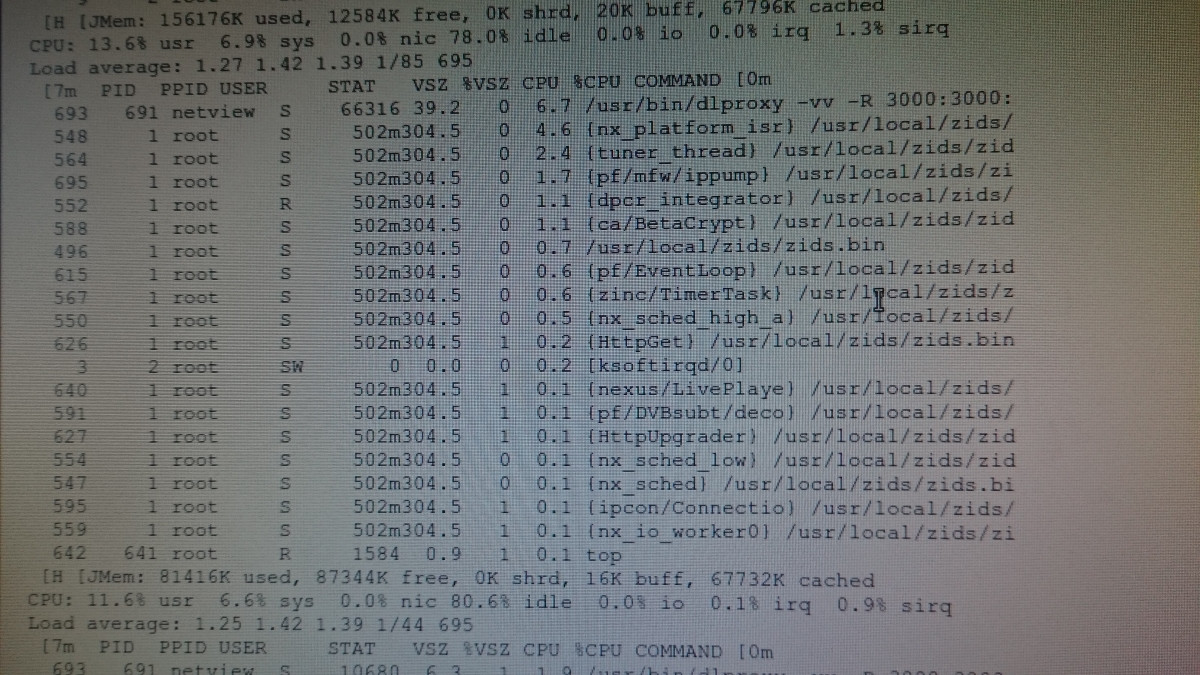 Your output shows that top is printing some escape sequences that the terminal doesn't recognize. The bits where you see a blank followed by [ followed by more garbage characters are escape sequences that work on most terminals; the first character of those sequences is the escape character, which your terminal prints as a blank. For example, ␛[7m at the beginning of the title line starts inverse video, ␛[0m stops inverse video, etc.

I'm not sure exactly what's going on with the STAT and VSZ column but it seems that top has printed some color-changing sequences there too (that's where the m is coming from), and they've been partially overwritten (top is probably printing a ␈ character which does make the cursor go left so that the next character overwrites what was there).

With many programs, setting the TERM environment variable correctly is enough: it should indicate a terminal type that doesn't support any escape sequences. Make sure that you don't have a script that hard-codes a value of TERM somewhere. Try TERM=dumb. If you're using BusyBox, I think its top hard-codes escape sequences that work on most terminals, so you're out of luck. You could run it through a filter that removes escape sequences. Untested, but should work with BusyBox.

(From this more complete Perl script)

vsz = "The size of the process in (virtual) memory in 1024 byte units as a decimal integer."

Not the answer you're looking for? Browse other questions tagged linux memory command top busybox or ask your own question.

19
top output: cpu usage > 100%
70
Need explanation on Resident Set Size/Virtual Size
10
OOM Killer - killed MySQL server
7
What does “batch mode” mean for the top command?
8
How to interpret busybox “top” output?
2
If I want to create a GUI which displays exactly the same data as TOP command does in LINUX, where do I get the data from?
2
Linux top -n 1 Command doesn't get update
1
Allocation mode explanation