I use GIMP 2.6.10 on Debian squeeze 6.0.3, and GIMP doesn't show some images (layers) or elements. For example, this is a PSD I loaded into GIMP, and it shows up like this: 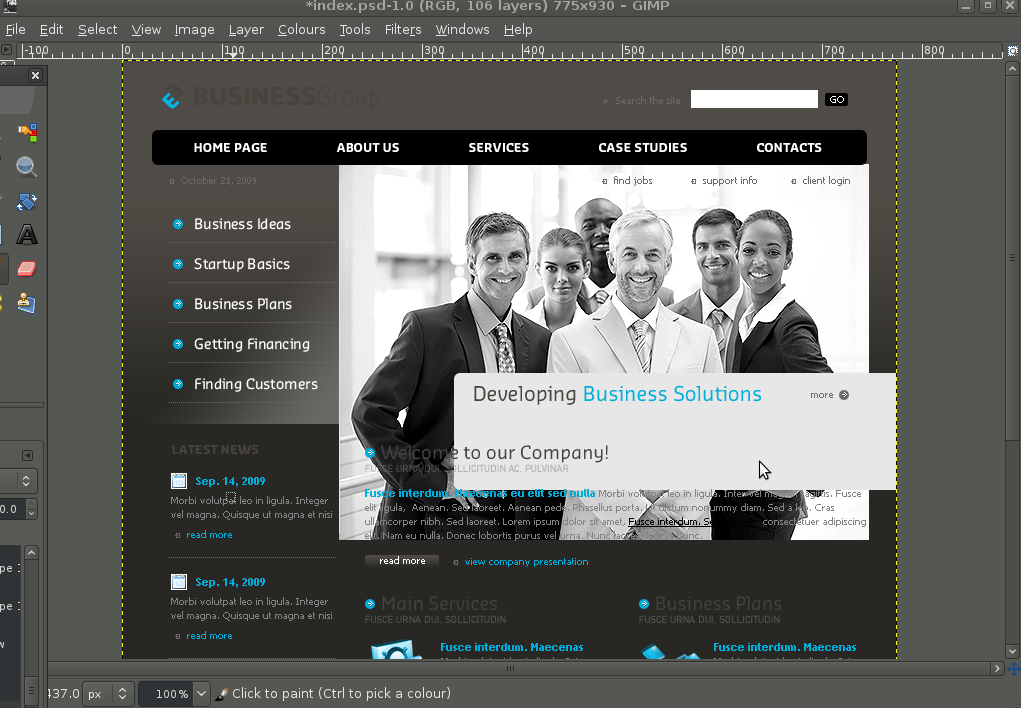 When I load the same PSD in Adobe PS it works fine. Do I need to install some plugins for GIMP in order to work or enable some options?

GIMP does not fully support every features of PSD. There is a difficulty since PSD is a mostly undocumented proprietary format and GIMP developers had to reverse engineer PSD to write to be able to read/write PSD.

It might help to Save in Compatibility Mode when saving the PSD in Photoshop.

Lie Ryan's answer mostly covered that except that PSD is actually documented and the info is publicly and officially available online.

GIMP is simply missing some features that Photoshop has (like layer styles), so it cannot support some data from PSD, because it has no features to map that data to. (OTOH layer group are supported in upcoming 2.8, but cannot yet be imported.)

Flattening layers styles and layer groups to just layers should help. Check out that compatibility mode too.