Why does "head /bin/ls" reset the terminal

If you do something silly like cat /var/log/wtmp your terminal can get messed up as shown in the screenshot. I know there are a number of ways of fixing this. One of the ways not mentioned on that post, which I was told about years ago is to run the command highlighted in a red box in the screenshot. 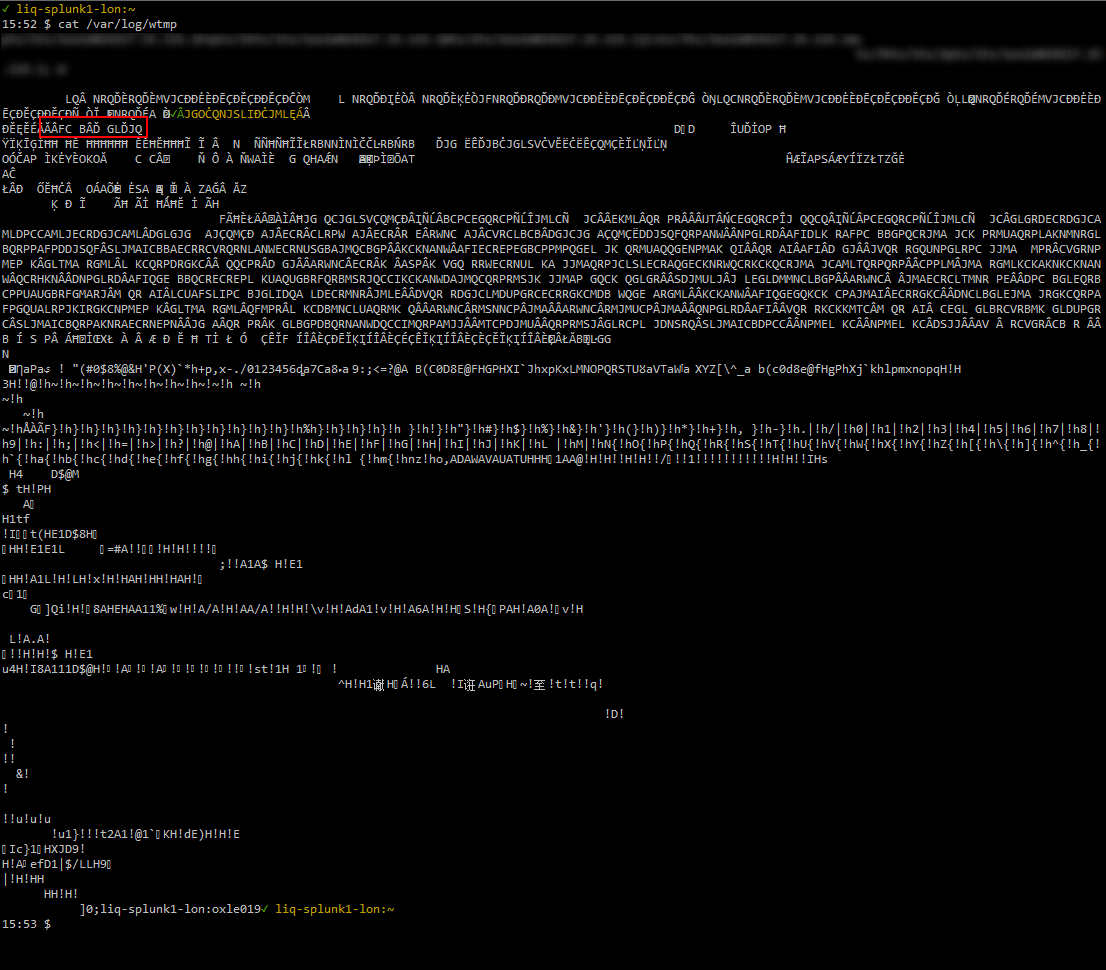 Terminals are controlled by escape sequences that are sent in-line with the character data to be displayed. That is how, for example, echo -e '\e[34m' will turn the text on many terminals blue. It's echoing some characters to the terminal—they happen to be an escape sequence which sets the foreground color.

The terminal was messed up by being instructed to switch into some alternative character set (and possibly a bunch more things). It did that because /var/log/wtmp happened to contain the escape sequences used to switch character sets. Technically, it's not really messed up—it's operating exactly as it is designed to. (Try tput smacs to mess up your terminal on demand; tput rmacs to change that parameter back.)

That head /bin/ls trick is working because your /bin/ls (or at least the portion printed by head) happens to contain an escape sequence changing the terminal parameters back. That's not at all portable—it doesn't work here for example—and likely does a much less thorough job resetting defaults than reset, etc.)

Actually, the picture does not show any line-drawing characters. Running reset would (usually) help with that. But reset also repairs the terminal modes, somewhat more reliable than stty sane:

If you had shown line-drawing characters, those likely would have been because there was a shift-out control character (not an escape sequence):

Here is a screenshot showing the line-drawing characters, which I made by 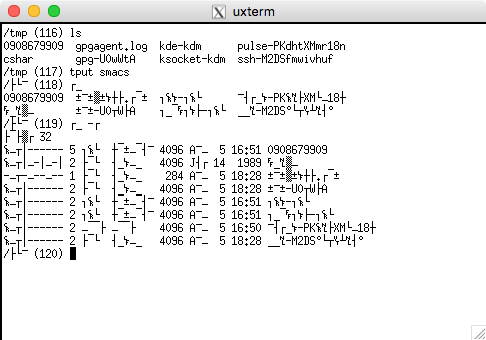 Occasionally someone shows a picture with binary junk mixed with line-drawing characters, but neither this question nor the other mentioned (ab)use that feature. Instead, what they illustrate are two other features:

Not the answer you're looking for? Browse other questions tagged terminal binary or ask your own question.

165
Fix terminal after displaying a binary file
9
Why (and how) did using cat on binary files mess up the terminal?
-1
PC speaker beep and messy terminal font due to dd if=/dev/sda?
0
curl corrupting terminal

9
Why (and how) did using cat on binary files mess up the terminal?
3
How does ssh always manage to reset the terminal attributes?
1
reset terminal via keyboard shortcut (without the enter key)
19
Why does the `reset` command include a delay?
1
Why does dmesg ring the terminal bell on unsuspend?
3
Logging into remote shells from Konsole on Debian 9 results in "‘screen.xterm-256color’: unknown terminal type",
2
Reset cursor state without reopening terminal