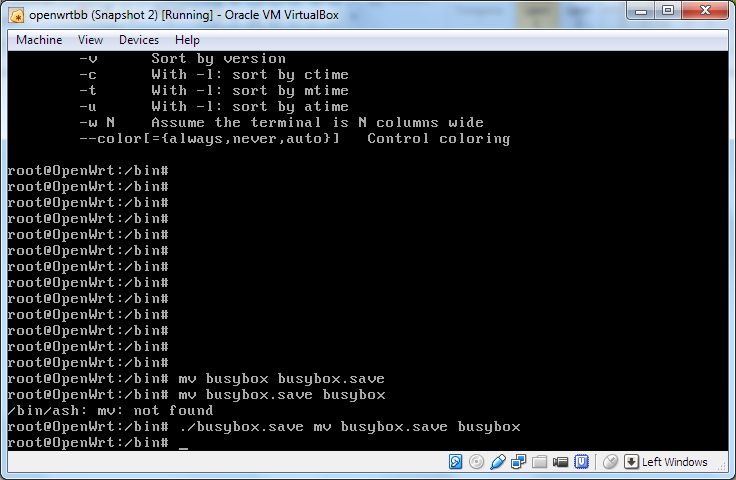 You can check it with the error message of the command. If it's the same from within busybox and when invoked explicitely, then the "adventure" would fail.

On my system the sash shell would be still available, if I had it running.

49
Why are POSIX mandatory utilities not built into the shell?
30
How does the /proc/<pid>/exe symlink differ from ordinary symlinks?