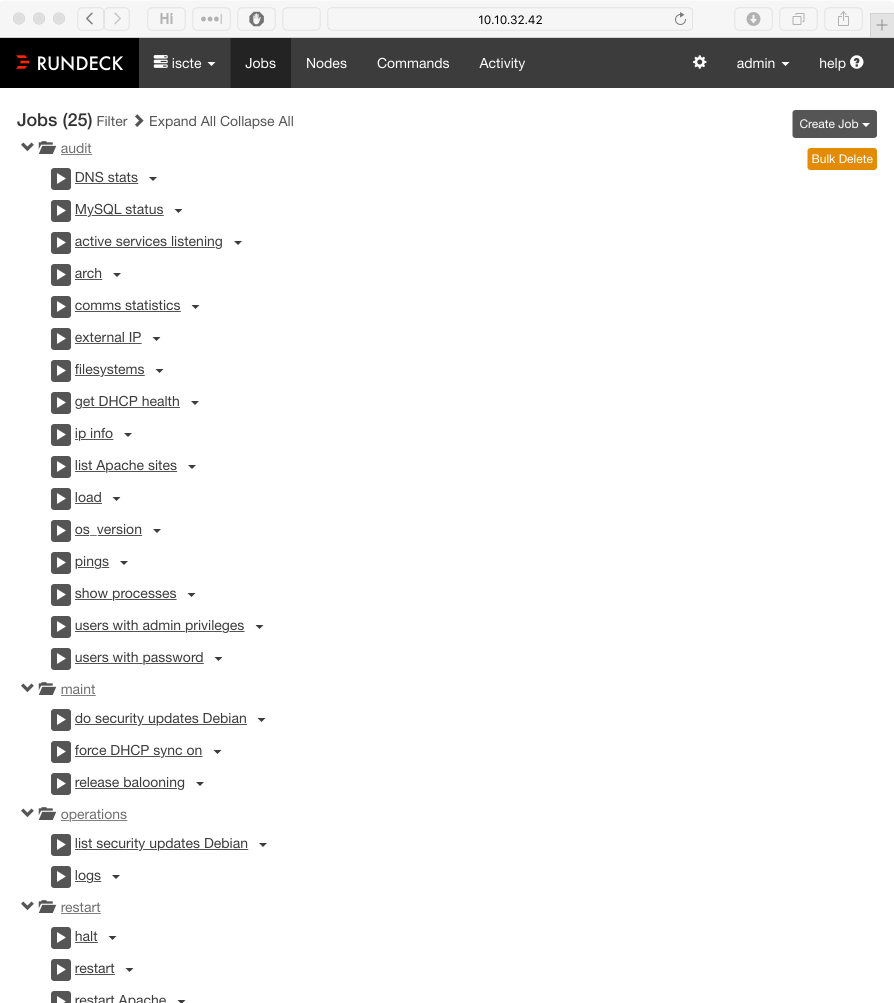 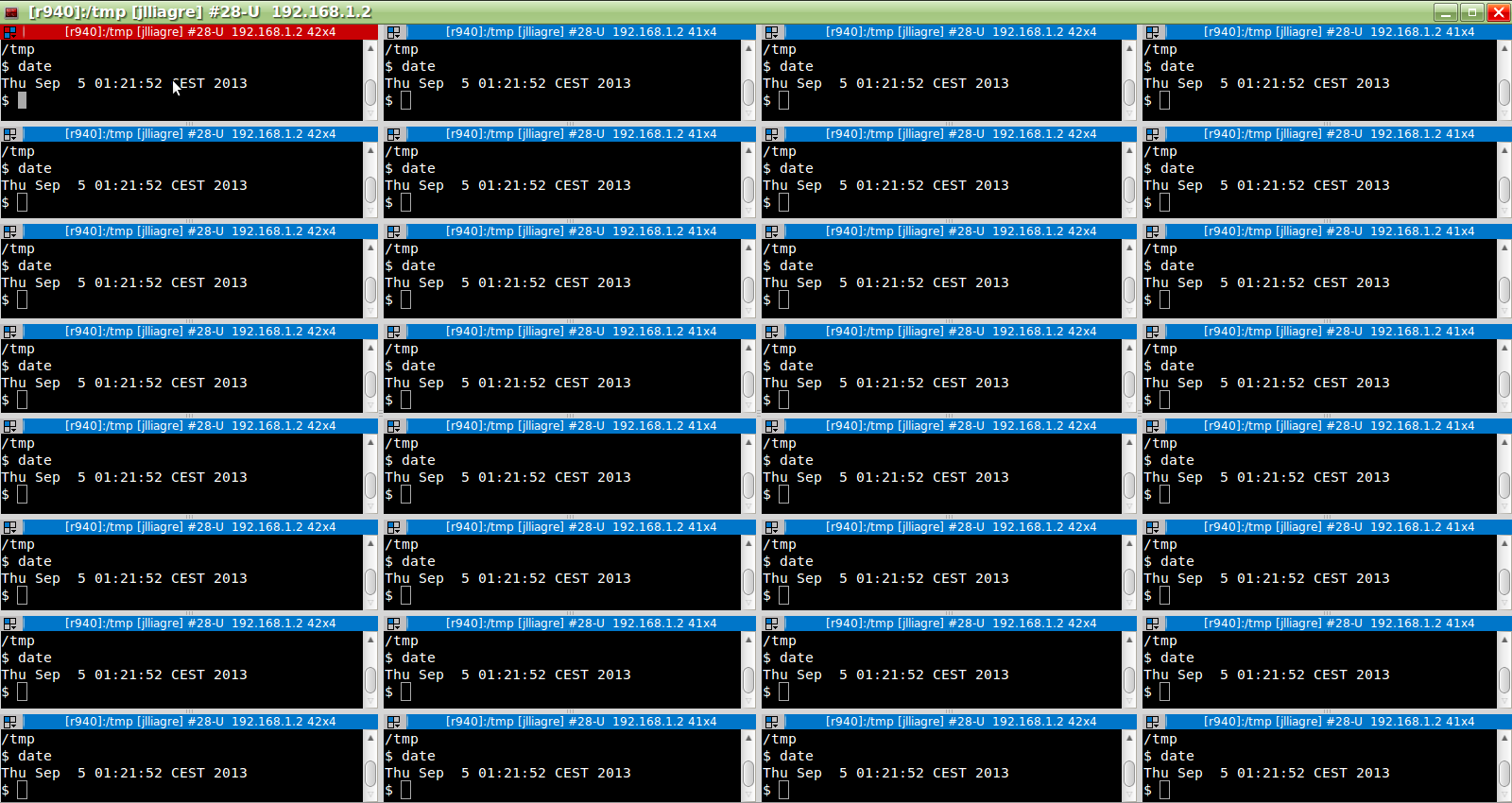 0
How to automate similar commands to multiple servers via SSH?
1
How to check java version on multiple servers?
0
Pushing updates to 100 clients from 1 'YUM Server' (RHEL/CentOS)
-1
grep to a file from one server to another
1
How to install package in 86 hosts in the same time (RHEL)?
58
How do I run the same linux command in more than one tab/shell simultaneously?
3
Executing ping between a set of hosts (all-to-all)
2
how to list users in linux?…local, remote, real and all users
1
Linux Mint Infrastructure Management
2
Automating Master/Master replication setup and configuration on two servers
See more linked questions

51
What does ${1+"$@"} mean in a shell script, and how does it differ from "$@"?
8
How to get the list of all active X sessions and owners of them
4
Equivalent of scp -l bandwidth_cap for .ssh/config?
1
How can I make a perl script parse blocks more intelligently?
0
Linux Hosts Cannot Communicate unless they Ping Each Other
7
Is there an interactive firewall on Linux, one that gives popup on anything trying to connect to anything?
1
Does X11 forwarding create a "new" X11 session?