How to directly connect two machines over ethernet without static IPs?

Question: How can I set up two machines, so that when I directly connect them together with an ethernet cable, one machine can connect to the other? I'm looking for a solution that does not involve setting static IP addresses.

Motivation: I have a Raspberry Pi that is taking measurements with sensors attached to it in a location without ethernet access to the internet. I'd like to be able to plug a laptop into the Pi and transfer the data off of it without having to turn off the Pi. I'd like to avoid static IP's so that I don't have to change the configuration of the laptop each time it needs to plug into the Pi. Also, I want to occasionally bring the Pi back to a wired ethernet connection, plug it in, and run software updates on it without having to change the set up on the Pi.

What I tried: I followed the steps listed on the Arch wiki and this blog post for setting up Avahi to use the .local TLD. Currently, the laptop is using Arch Linux and the Pi is using Ubuntu Mate. I have avahi-daemon running on both systems with the nss-mdns library installed. On the laptop, I edited the hosts line in /etc/nsswitch.conf to read

What I see: When the ethernet cable is first plugged in, avahi-browse -alr shows

You can connect your PC and RPi together via an Ethernet cable, that will create a private network between those two.

Wiki page on such network:

In IPv4, link-local addresses are codified in RFC 6890 and RFC 3927. Their utility is in self-autoconfiguration by network devices when Dynamic Host Configuration Protocol (DHCP) services are not available and manual configuration by a network administrator is not desirable.

Then I found a couple of blog post that take you through the approach of getting these two to communicate:

On your PC, select on the Ethernet card, DHCP, you should get assigned a private IP address, like below: 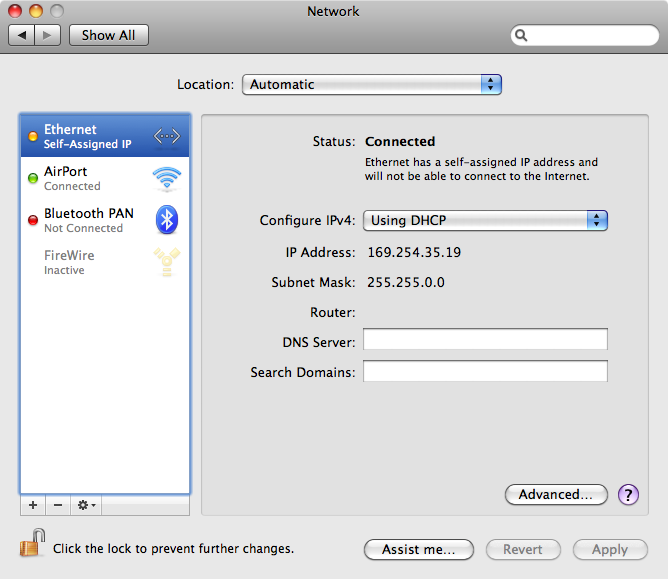 In which basically you need to edit on the RPi the file /boot/cmdline.txt and add at the end of the config line the IP you would like to use for the RPi. 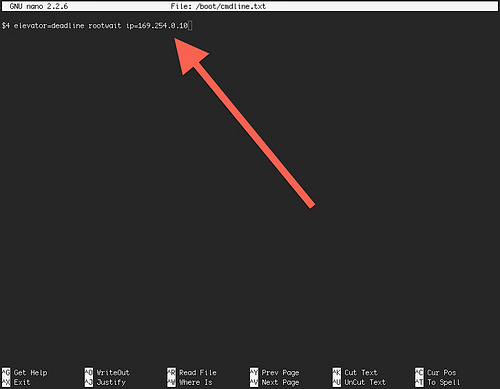 Then, restart the RPi and you should be able to connect onto it via ssh, if you have it setup of course.

Not the answer you're looking for? Browse other questions tagged networking raspberry-pi avahi or ask your own question.

32
What's the difference between .local, .home, and .lan?
8
"Pipe" Wi-Fi signal through Ethernet cable
0
Why avahi-browse doesn't list my link-local address when coupled with a static configuration?
10
How to connect to device via SSH over direct ethernet connection
5
Simple method to reliably connect 2 machines via ethernet cable?
2
Preconfigure static IP address with connmanctl on Beaglebone Black
2
Routing between two machines