I am trying to move a Debian squeeze installation to VMWare VSphere 5.5 environment. However when booting the new machine after replication, the initrd/busybox gives an error, that it cannot mount the root-partition (invalid argument). However the driver for sda was loaded successfully and correctly detected all partitions previously (see screenshot below).

Following things have been done:

Upon reboot grub loads correctly, linux-image and initrd are correctly loaded and executed. 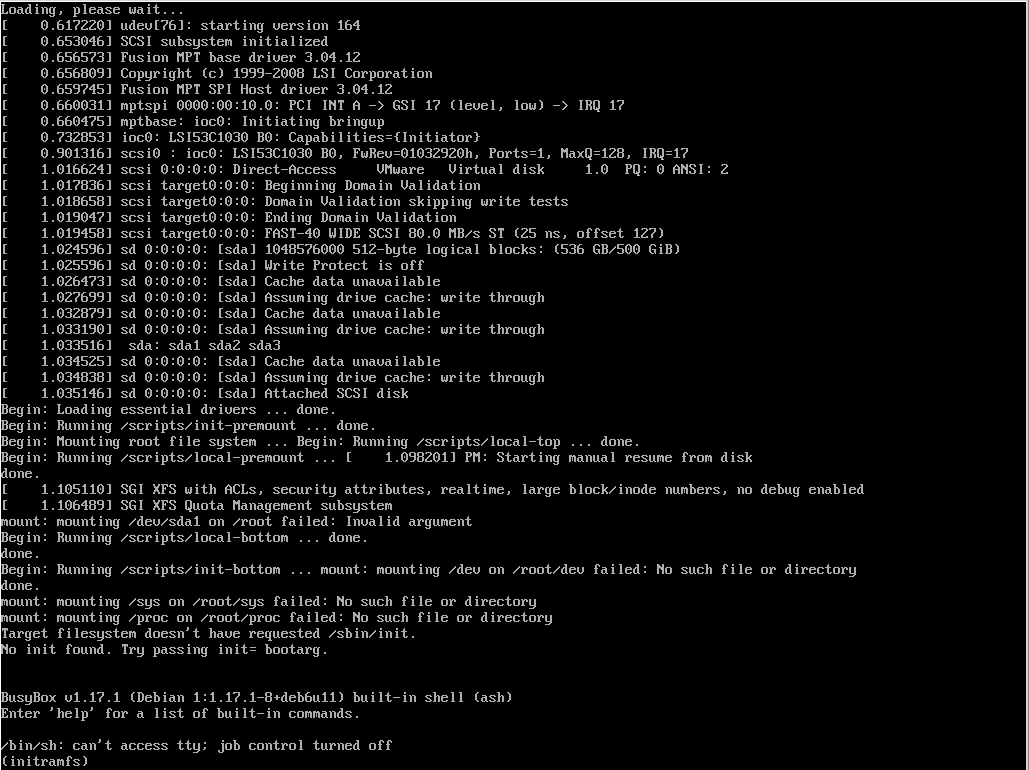 Does anyone has some clues or ideas?

The BusyBox version number has a ”+deb6u11” suffix. That suggests Debian version 6, or “squeeze”. That’s rather old.

Perhaps GRML and VMWare Converter are creating a XFS filesystem (or other filesystem type) that includes some newer features that cannot be handled by the Squeeze kernel?

Try mount -t ext4 /dev/sda1 /mnt (replace ext4 with whatever you formatted the partition to). This helped me in a similar situation.