I'm having trouble in a notebook with debian, but for the avoidance of doubt guess I better tell the story of his free-software life (if you do not want to read, jump to problems)

In 2013 I decided to install a linux on it, but faced many difficulties: Nothing worked My GMA 3600 simply does not work with its drivers/modules open source, only with the owner driver (windows). I tested Ubuntu, Mint, Fedora, Slackware (someone tested to me) and Arch (two days ago) and none of them worked the video: the screen crashs as you can see in the following photo 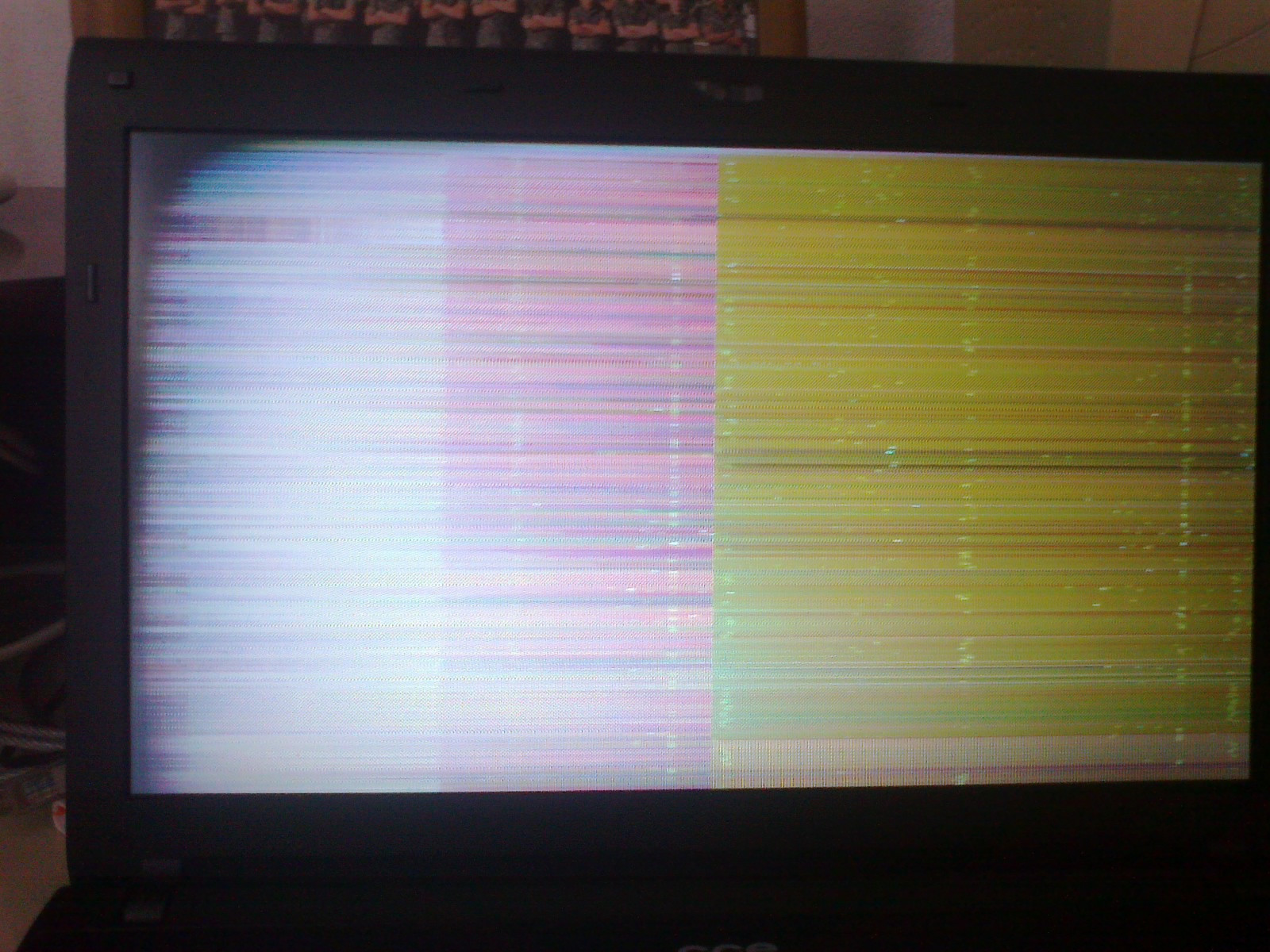 I posted my problem in n forums, including Intel forum, which they just said to me "My recommendation is to install the operating system validated to discard issues."

At the time the only OS Linux-based that worked was the Debian Wheezy (Jessie or later gave the same error). Yesterday I found out that it works because it uses kernel 3.2, which has no support for the video adapter in the kernel (which was placed from 3.3, according to the Arch Linux wiki)

Xorg loads a generic video module (VESA) and could get the maximum resolution for notebook display (1366x768) without 3D acceleration, but for me it was enough. But had some problems like not expand the display on external monitors (only duplicate), do not come back from a suspension and not change the brightness.

After all this time I decided to play with it again. Installed Debian Wheezy 7.9 with netinst image and not installed the graphics or the network with the installer, I decided to do it by hand to let through 'minimalist' and learn a little about installation.

Anyway, I managed, everything was working as expected on my custom Mate-desktop (with transparency, which the gnome refused to give me in the past)

so I decided to go to fight and upgrade. I arranged so that the kernel was not upgraded (removed the linux-image-686-pae meta-package), I changed the repositories for jessie and did a dist-upgrade

After updated, all normal functioning, despite the same inconveniences previously mentioned. I took courage and after a few reboots did the same process but now for testing

After restarted the notebook, I noticed that the system had changed from SystemV to systemd (testing standard) and that there were improvements! Now multiple resolution options are supported by the notebook display, the expansion to an external screen is working and he returns the suspended state without crashing! (This is the merit SystemV or Xorg?)

However not everything is perfect: the screen is presenting flaws in rendering that are making me nervous. To explain better you can watch the video below:

But the worst of the problems are in the wireless network: it is no longer detected. Neither the ifconfig or iwconfig or rfkill detect the wireless adapter, despite the lspci detect and contain it in rules.d

Here the outputs that I found:

I tried a few things like dpkg-reconfigure firmware-realtek, uninstall and re-install the .deb package with dpkg, uninstall and install an older version of the package (which worked) ...

I tried to download the source of the Realtek site and build manually, but I realized that I had neither the build-essential or linux-headers, and, honestly, there is much packages on the dependences to download and install and I think i will not do it, not to mention that the version gcc has to be specifically 4.6 to kernel 3.2 to compile

I do not know what to do, I need help (sorry for the long post and bad english)

Now I`m trying to help with a problem connected with the same GMA3600, and there are many advices and useful links, I think.

Not the answer you're looking for? Browse other questions tagged debian linux-kernel realtek intel-gma or ask your own question.