Expanding a hard drive partition to fill the drive without wiping the partition?

I have a hard drive that came out of an old Windows PC, which I'm using as a second hard drive. Because it was already formatted as ntfs, I didn't want to reformat it and lose all the data on it, so I just used it as one would a USB drive. I have to get nautilus to mount it every time I log in.

However, the partition with my stuff on it is only using about 330GB of the 700gb on the drive -- the rest is unallocated. Screenshot of the drive in gparted: 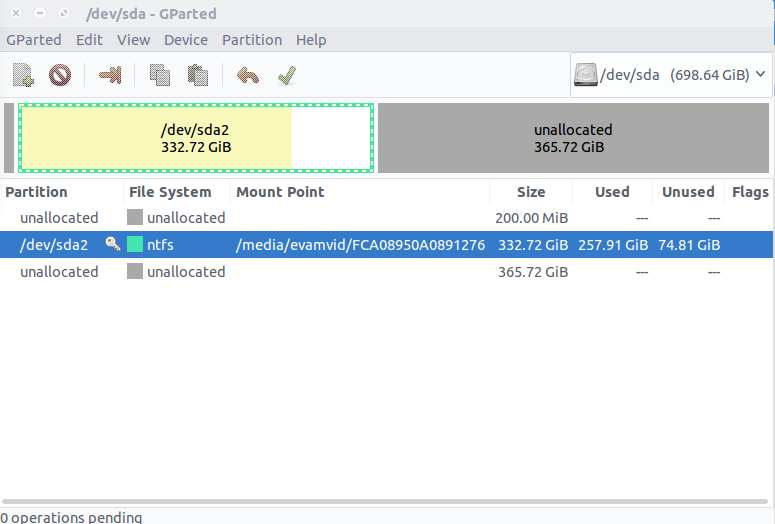 Is there a way to expand this partition to fill the drive without wiping the drive? I have a hunch that I won't be able to get it to use the 200-odd mb before the partition; only expand to fill the space after. Is this correct?

I found mention of a program called Ease US that claims to be able to do this, but it only runs on Windows. It looks pretty similar to GParted, though, so I'm hoping GParted can do the same thing. I'm just too afraid to play around with it for fear of nuking my drive.

You can definitely expand an ntfs partition with gparted. Ensure you have ntfsprogs installed (yum/dnf/apt-get install) first.

You might be able to grab up the first 200MB of the drive too with that option, but I've never had to do it myself, so I can't speak from experience.

Not the answer you're looking for? Browse other questions tagged filesystems partition hard-disk gparted or ask your own question.