I installed elementary os freya x64 in dual boot with Windows 10 pro x64, while installing I create four partitions: /, swap, /home and biosgrub. after installation I tried elementary for some hours but it was running too slow (my notebook's fault), I decided then to boot from windows, grub and all was working fine. Once in windows again, I decided to remove elementary from the disk management, I just deleted the four volumes I mentioned before, I created a new ntfs partition with that free space. Everything was fine, I continued working as normal. Turned off the computer, I went to sleep. Next day (today) when I turned on the notebook I found this grub "terminal":

I restarted the pc, tried to enter the bios setup, which i normally do by pressing F2, but it didn't work, the strange thing is that the first screen when i turn on the pc show the ACER logo and in the bottom shows: press F2 for setup. But now it do not show anymore. I cannot enter the BIOS setup. I tried to boot from live CD or windows 10 installation disc but it just make the noise of loading the disc and takes more time but always return to the grub terminal. I tried some codes I found in some forums, but they didnt work. =( 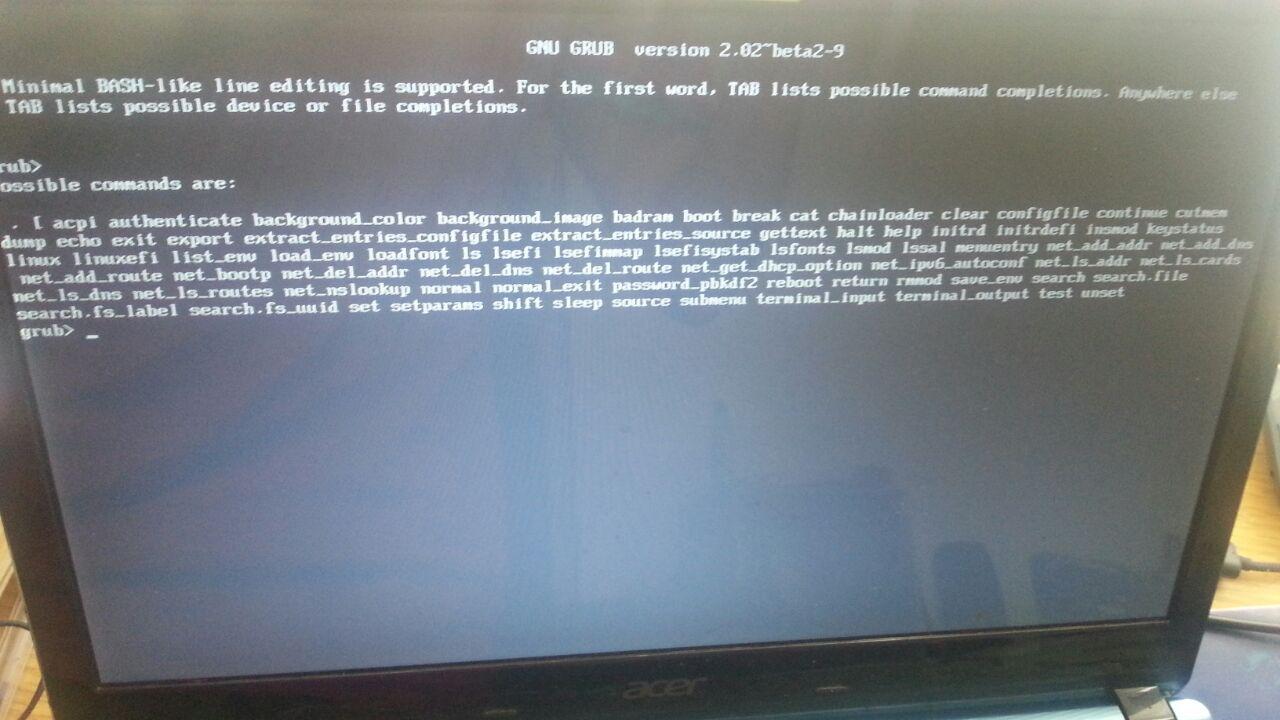 You have to access Windows or other Live CD to remove grub from the MBR, so first you have to look at the issue of boot from other device, try each one of these:

Not the answer you're looking for? Browse other questions tagged windows grub2 dual-boot elementary-os bios or ask your own question.

1
Elementary OS only booting from USB, cannot boot to partitions on SSD (Windows and eOS)
1
Grub Rescue after installing Elementary OS Freya
0
Elementary OS boot skipped Grub
4
Cannot boot into Linux off live USB
0
Getting grub terminal after removing Ubuntu partition and unable to boot into Windows
0
GNU grub error when i start my system after i edited partitions
3
Temporarily disabling/uninstalling grub in a dual-boot setup and then restore grub to the state it was at the start
0
GRUB only detects Windows