I am a Git Bash user who is now switching to Debian. Here was my Git Bash's look: 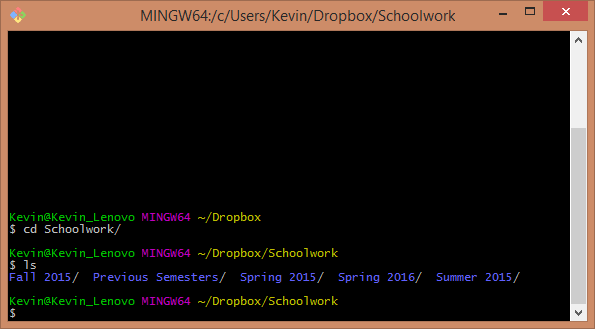 Here is my look on Debian: 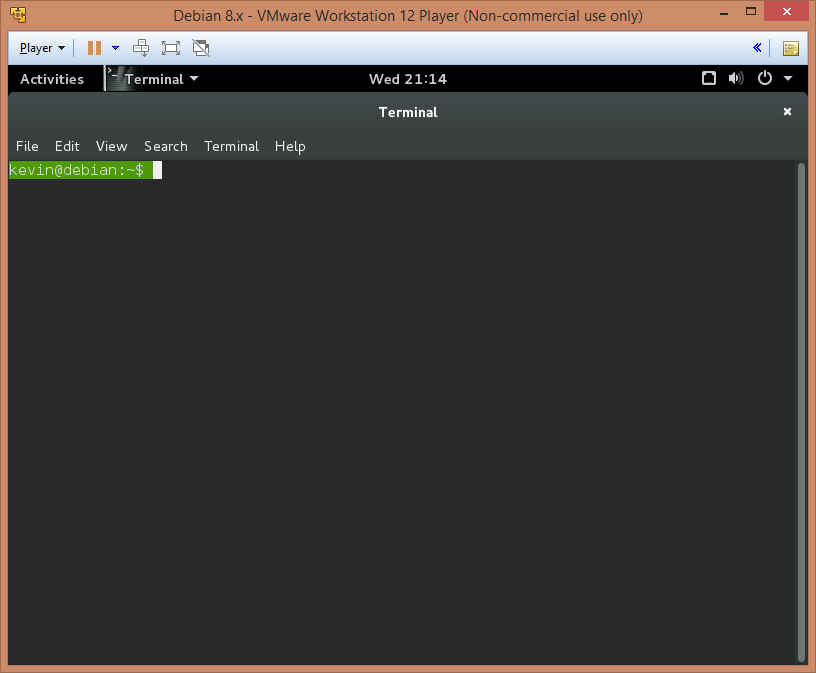 See the Text and Background Color
Uncheck the Use colors from system theme
And set the Build-in schemes: to: Gray on black 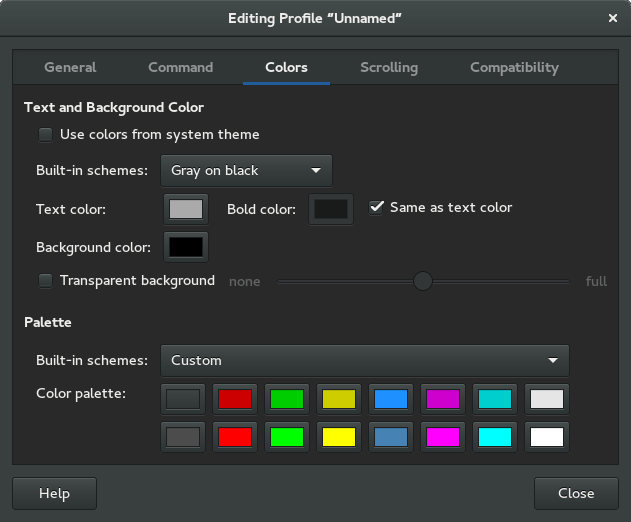 Terminal colors aren't set in the shell (text colors can be, though, for things like 'ls'). They're specific to the terminal application.

In the first picture, it looks like xterm (although I've been informed it is not). I'm guessing the second picture is GNOME Terminal.

If you want to use xterm, it may already be on your system; if not, it's just an apt-get install xterm away. xterm is a bit clunky to configure if you're new to Linux, though - it uses X resources, which aren't well supported these days (KDE always mucks mine up - I think GNOME is OK, though). You'll edit either the .Xdefaults or .xresources file in your home directory and add lines like:

That reverseVideo line will give you a black background with white text. I have about twenty lines for XTerm in my .Xdefaults.

You should be able to set color schemes for GNOME terminal via the menus up top - according to the docs, it'll be Edit -> Profile Preferences -> Colors. Uncheck "Use colors from system theme" and then select a color scheme (or customize one) that you like.

GNOME Terminal is slower, but it has a lot more modern features than xterm. I use xterm because it's fast and I've used it for twenty years, so I'm used to it.

Not the answer you're looking for? Browse other questions tagged debian terminal colors text or ask your own question.

25
Can the empty spaces/background in a terminal be replaced with a random(but pretty) pattern of ASCII characters?
0
How to change background and text colors in Yakuake?
1
Which part of this bash PS1 config determine the color?
54
Why do Vim colors look different inside and outside of tmux?
1
No color in terminal on KDE
0
Bright background in termcap
0
How to dynamically switch terminal colors for all open terminals?