How to reach nm-connection-editor from the GUI in GNOME 3?

I am using RHEL 7 with GNOME 3. As far as I know, I can only configure an ADSL connection (via GUI) with nm-connection-editor.

Or is the only solution for configuring ADSL to press ALT+F2, then type nm-connection-editor? How user friendly is that?

The documentation of the Network Manger project points out that it's the dekstop environment authors' responsibility to integrate nm-connection-editor with their GUIs:

Most desktops provide a control center or settings utility that integrates with NetworkManager. You can also use 'nm-connection-editor', 'nmcli' or 'nmtui' tools directly.

This does not seem to have been done in RHEL and its derivatives (nor in most other distributions), and answers like this one on Superuser and the NetworkManager documentation from ArchLinux (who generally ship their packages as they are upstream, without alterations) suggest that it has been like that since Gnome 3 came out. Let's check to make sure:

OK, so there is a launcher for that program deployed with the system, but...

...the last line of that .desktop file clearly shows that someone on the DE or distribution level decided to not show that symbol in KDE and GNOME.

In summary, yes, you will need to launch the program directly, either via the Alt-F2 prompt or via a terminal. Creating a launcher yourself will, of course, also work.

You'll have to install the package gnome-nettool which is the official GNOME interface for various networking tools; once installed, it will appear in the overview (or in the menus - if you use the "classic" interface) as Network Tools.

Launch Network Tools and on the right of your network device name there's a Configure button that launches Network Manager connection editor: 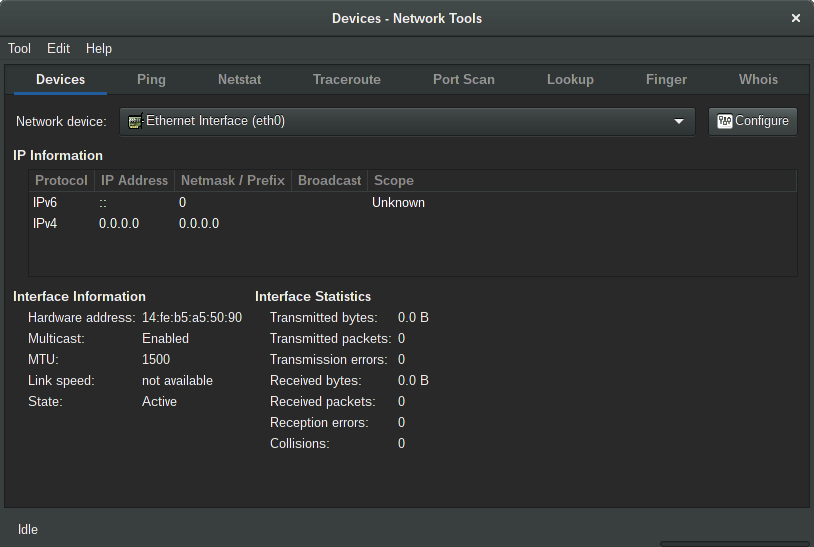 Not the answer you're looking for? Browse other questions tagged gnome3 networkmanager or ask your own question.

16
What happens when I press "Shut Down" from the GUI?
3
Issue with network switching
1
Randomly Cycle Different Wallpapers On Each Monitor
2
Auto-connect VPN in Kali Linux?
3
Missing vboxnet interfaces after upgrade to Fedora 26
4
Touchpad buttons do not release after press (Debian Gnome and others)
1
How to configure Debian Gnome and VNC for full desktop?