How to specify the python path for pip? 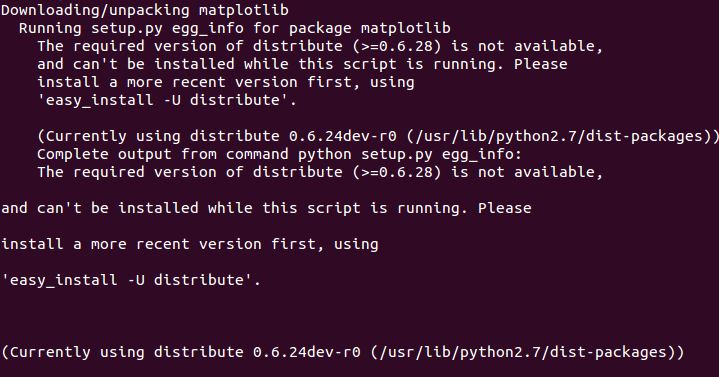 I guess this is because the python version is too old (2.7.3), So I follow this discussion, How to install the latest Python version on Debian separately or upgrade?, to build the latest 2.7.11 in /opt/python/.

My question is how to specify the newer version of python when installing matplotlib through pip?

Or should I just use "easy_install", which is not recommended by other people?

Thank you for precious time on my question.

That will make /opt/python/bin/pip, which has a shebang line pointing at /opt/python/bin/python, so you can run it when you want a pip that's associated with that particular Python installation.

If you're running an older Python, you can download get-pip.py and pass it to the Python you want to install it under:

This will generate the same pip scripts. See the pip documentation for more information

Using the following worked for me:

The following page also has more information about installing matplotlib.

Not the answer you're looking for? Browse other questions tagged ubuntu python pip or ask your own question.

35
How to install the latest Python version on Debian separately or upgrade?

35
How to install the latest Python version on Debian separately or upgrade?
1
Permissions when creating a simple Python package for pip
16
How do I correct the path for pip?
10
How to install python pip without Internet connection?
2
python easy_install or pip errors about sysconfig
5
pip upgrade messed up python installation
1
How to install git for pip - python 2.7?
0
Is There an Easier Way of Upgrading Python to the Latest Version?
0
Python PyPI, asynchronous updates, reactionary requirements, avoid breaking distro - solution I came up with safe? How to automate?