One utility called man2html is a C program originaly written in the late 1990's by Richard Verhoeven at the Eindhoven University of Technology. The program has substantially quirky internals. However, it has the advantage that it works with the raw man page source, rather than troff or nroff output. This program was added to Frederico Lucifredi's man suite.

I maintain one very large man page (most of a megabyte of source, and nearly 400 800 pages long, when converted to letter size PDF by groff):

When I needed to convert this to HTML, some five ten years ago, the only thing I found which did a reasonable job was the man2html C program, plus post-processing of its output to "season to taste".

For displaying a man direclty as html I use: 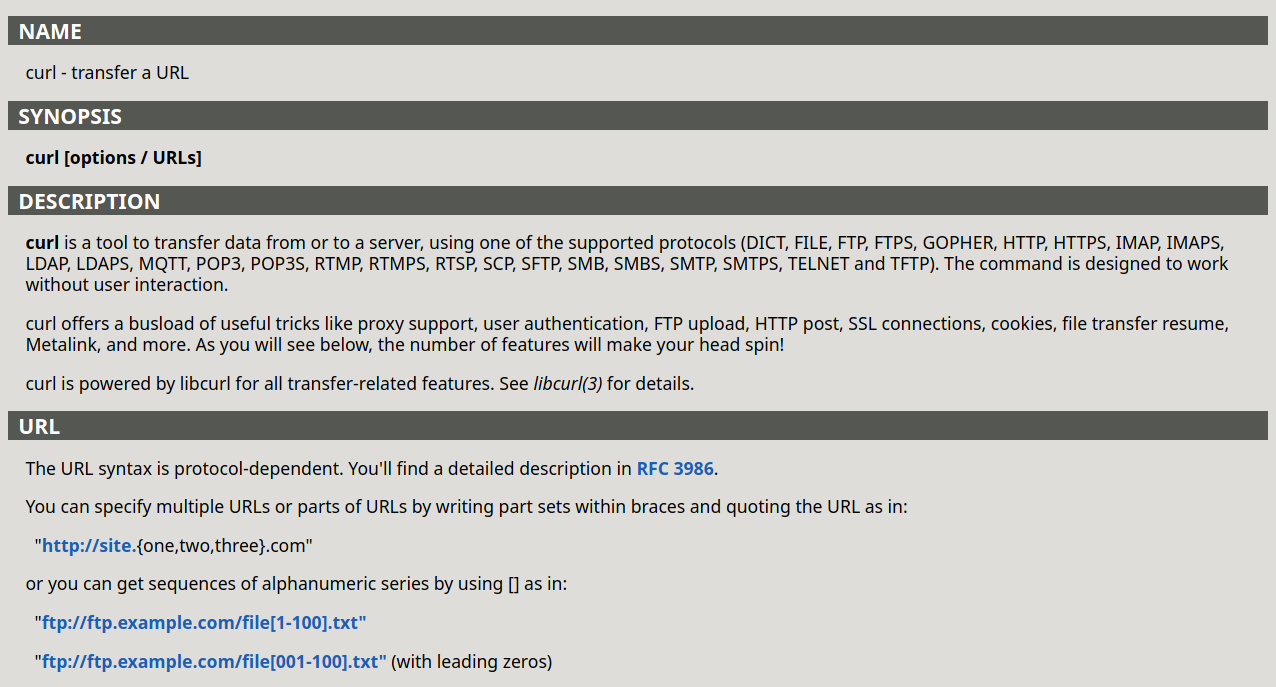 7
How to convert to HTML code?
13
Find and install man file manually
4
How to convert a PowerPoint ppt file into HTML files?
2
Is there html documentation finder/searcher, like info utility for info files?
2
How to download all man pages for read offline?
4
Howto show tables in Man pages converted to html?
0
Find date of man pages without a date
5
`man --html` and `man --gxditview` exit with errors?