What I have here is an NTP server (on Linux Mint) and a client (likewise). Server is configured to send a multicast message across the LAN which clients receive and update their clocks - it was designed so to reduce network load.

The NTP server is, in turn, updating its own clock from a unicast NTP server of a higher level, also in the same LAN. What does not work is the receiving the multicast packet and updating clock on the client's side.

Here's proof that the Mcast packets reach the client: 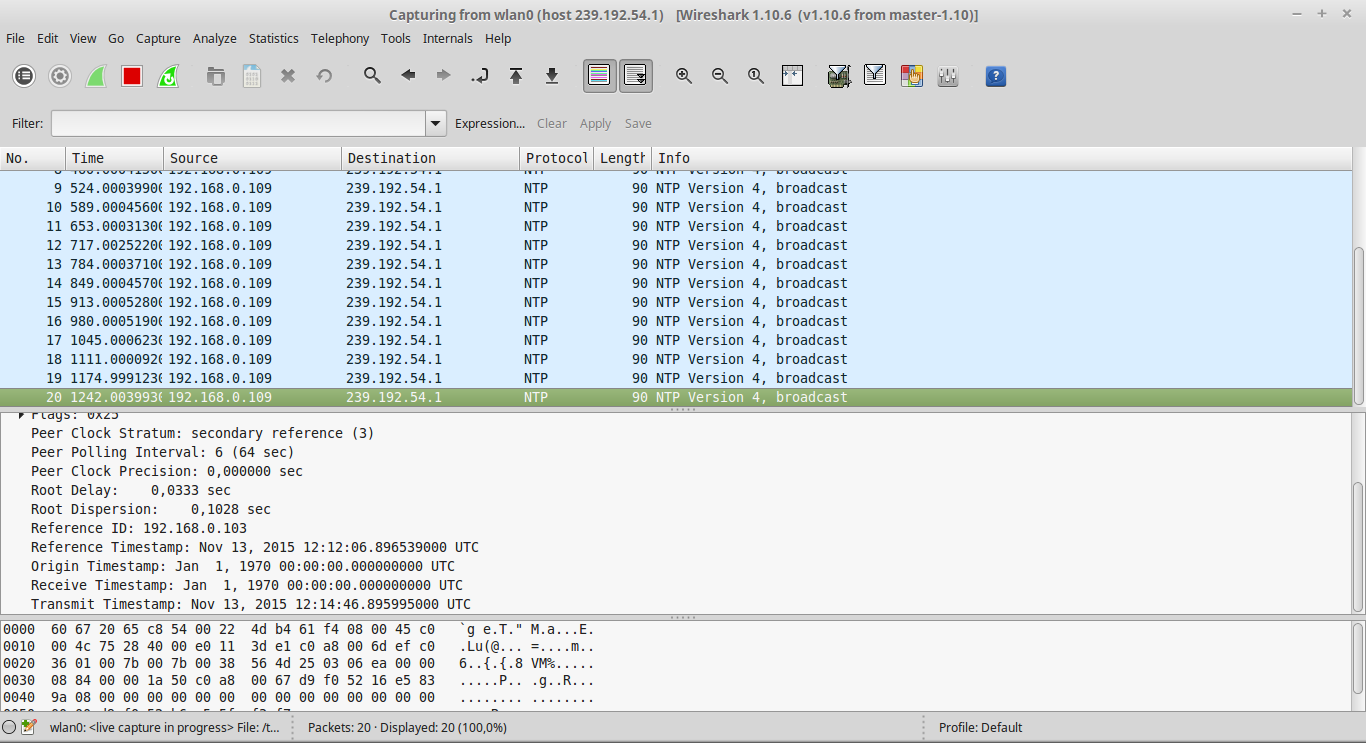 I already tried running ntpd client with -Ab (accepting unauthenticated broadcasts), but that does not work either.

Thanks in advance for your help.

Two changes are required for this to work:

Not the answer you're looking for? Browse other questions tagged ntp multicast or ask your own question.