Installed mint-x-icons and mint-x-theme on a fresh Debian 8 testing running Cinnamon (v2.6.13). All themes options could be set to Mint-X, except for Controls. 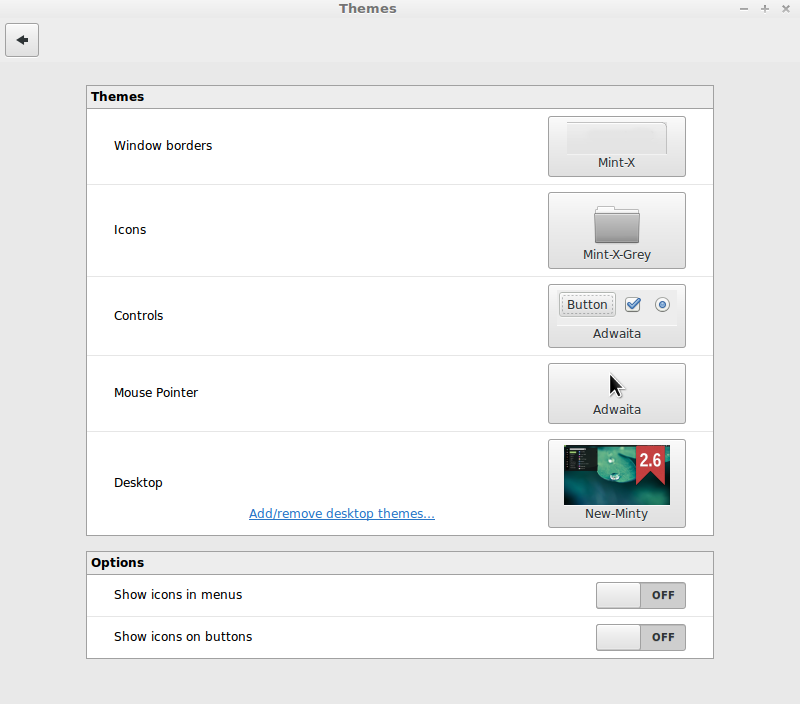 As soon as it was selected, the Themes window crashed and couldn't be opened again, nor cinnamon-settings in general. Nemo wouldn't start any longer either and there were graphical oddities at many places. The terminal returned segmentation fault for both applications.

Selecting Troubleshoot... > Restore all settings to default in the panel menu doesn't fix it.

Since the default config editor is gone, how do I revert the changes?

The value to revert is org.cinnamon.desktop.interface.gtk-theme. It can be set back to Adwaita, Debian's Cinnamon default installation value from the terminal with

Not the answer you're looking for? Browse other questions tagged debian cinnamon theme segmentation-fault nemo or ask your own question.