I would like to find an application external to the internet browser that would play only youtube sound.

Preferably a very light one, CLI or GUI.

There is youtube-dl that lets you download youtube videos from the cli. There is also a new(ish) tool called mps-youtube, that I haven't personally used, but looks like it does exactly what you want.

Give it a try and let us know if it works

MPS is available in Ubuntu repos.

Launch the MPS console with

After searching a term, and then selecting a number, the stream will play sound; there are play/pause, seek, volume options: 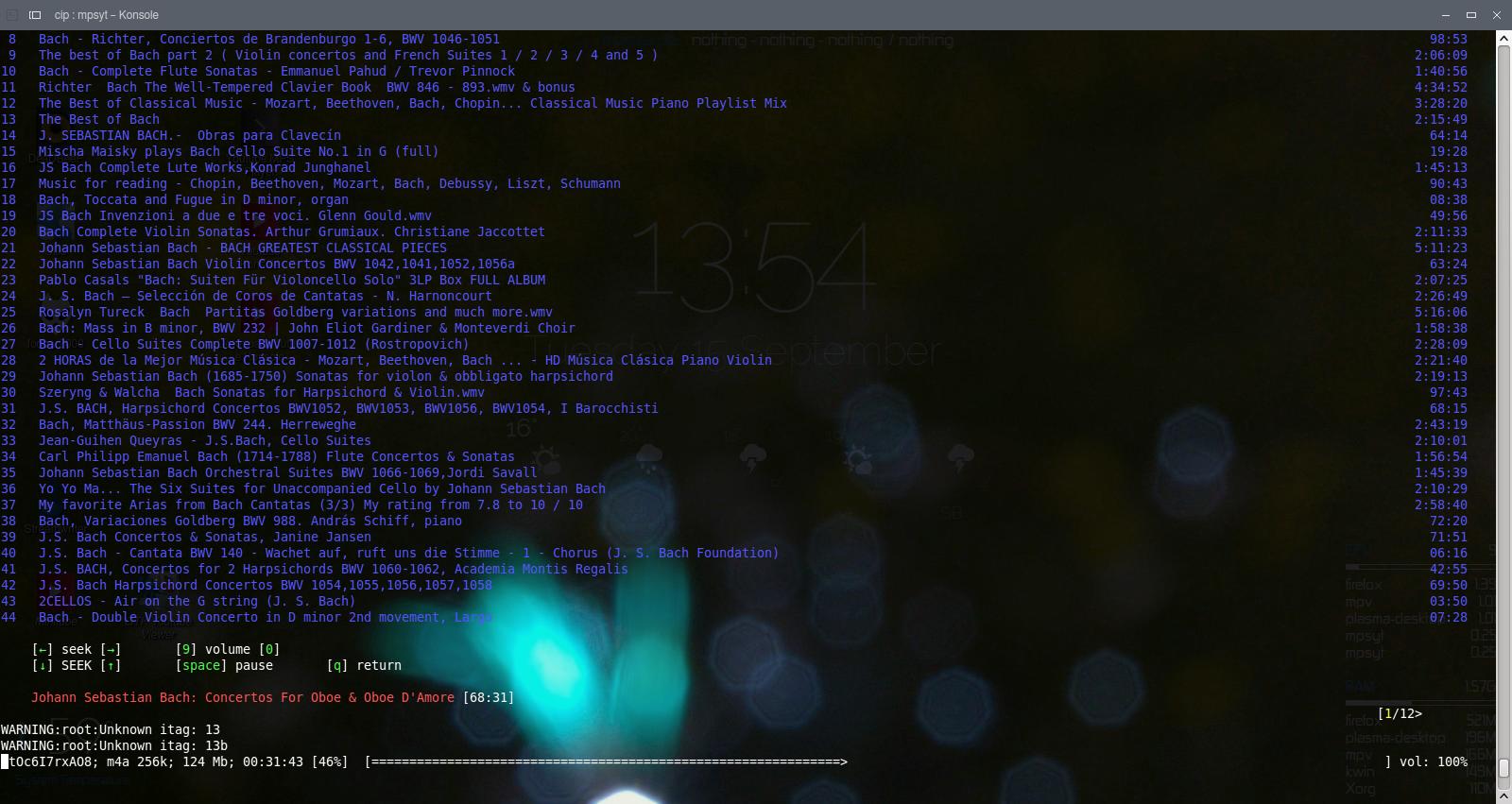 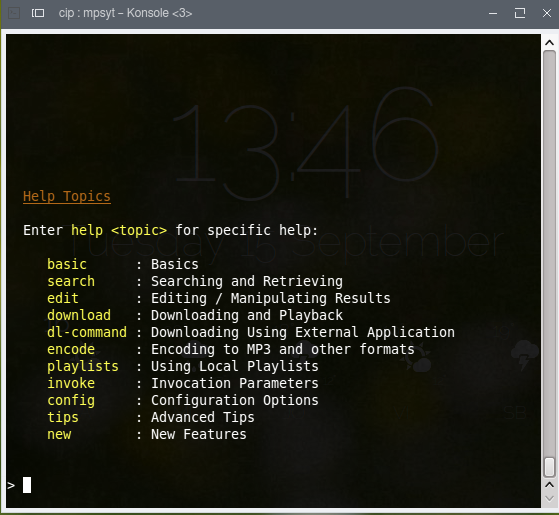 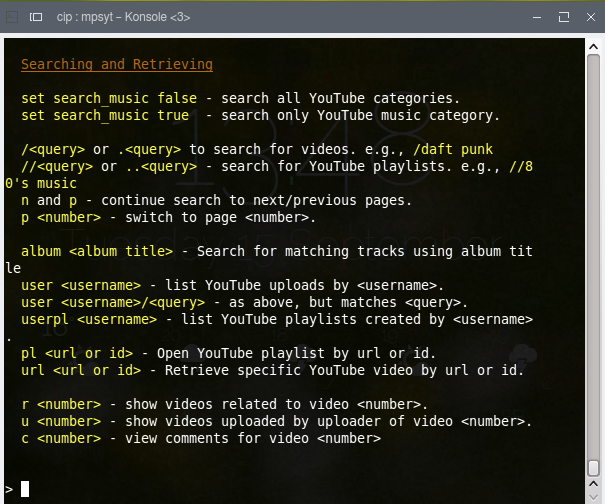 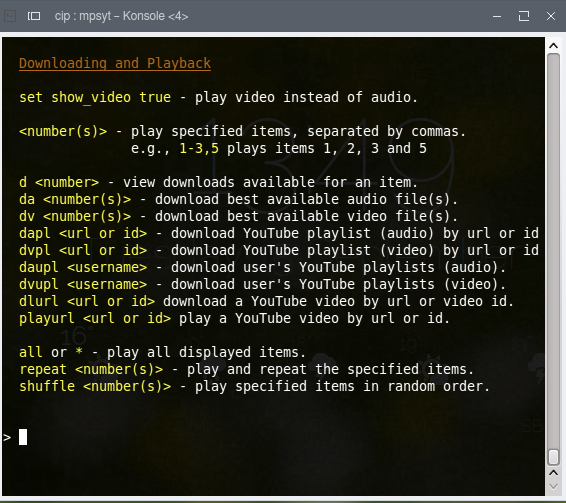 After searching and then selecting the number of the stream with a command that would show download options: 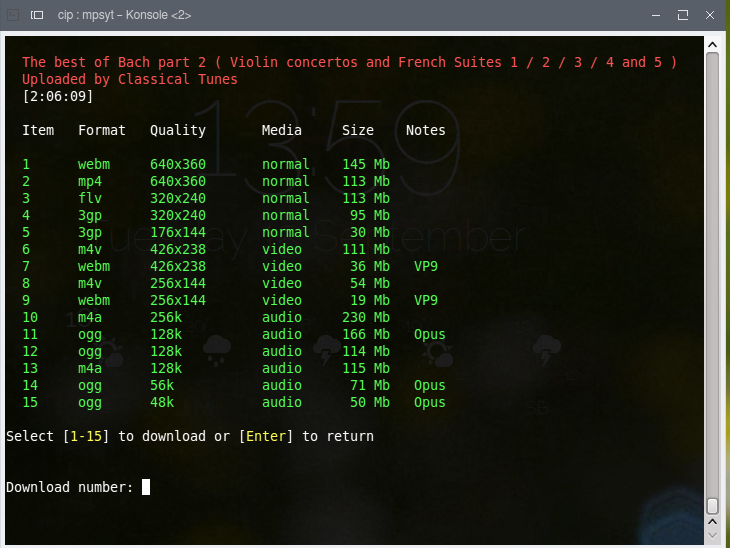 Playlists can also be searched in the PLS console with

VLC can do that.

You can do this with yturl, for example, using mpv or mplayer:

Disclaimer: I am the author of yturl.

In order to select only the audio stream and send it to a player (video players like SMPlayer, VLC, mpv, mplayer, Dragon Player, Totem, but also audio players like Audacious):

It is able search, list and play Youtube videos, and is meant to work with SMPlayer, but can be used separately. It has a setting to add/use different players and also an option to select only audio. 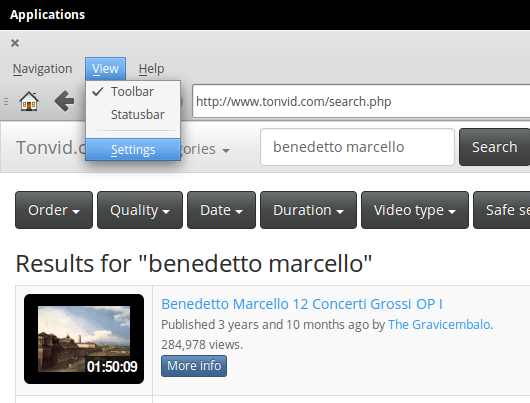 Then select and/or add players to be used, and edit their setting to play also audio (for video players) or only audio, for audio players like Audacious. 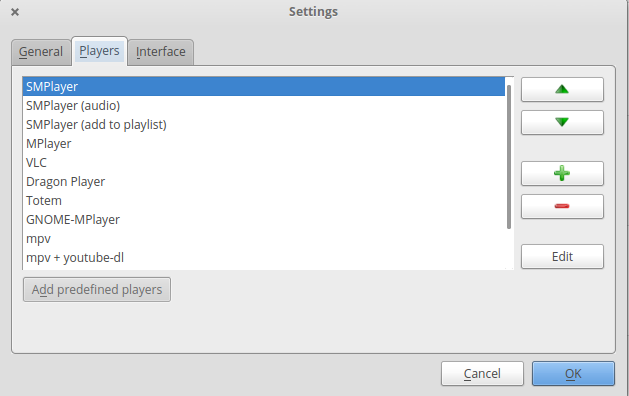 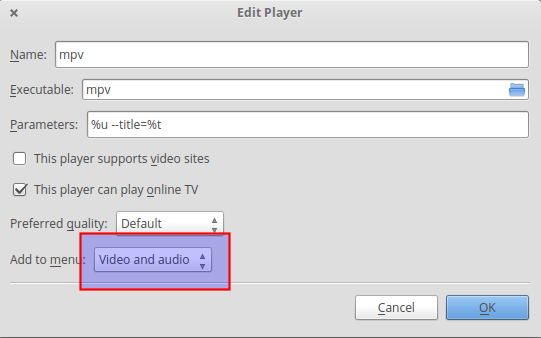 They can then be found when right-clicking a title and selecting 'Open audio'. 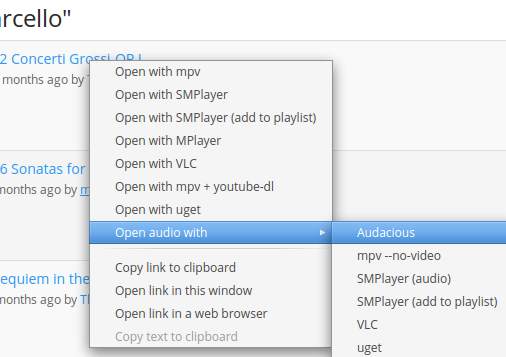 Can be found as deb and other formats here. It supports more than Youtube (Baidu, Video etc) and has a setting to play only audio: 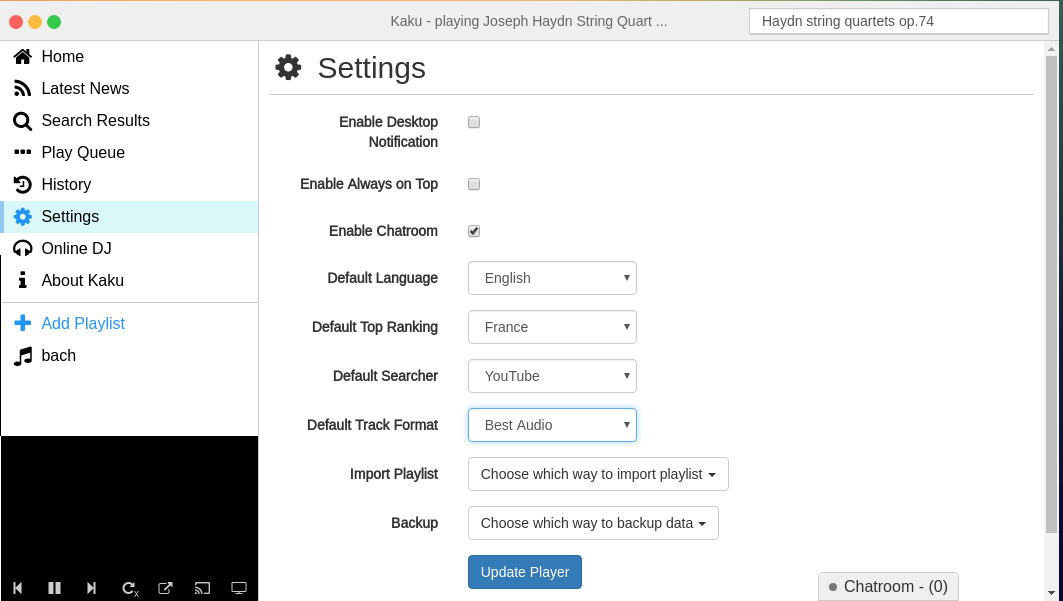 It can create and save playlists.

It will start after a few seconds, some players after more than others. The fastest seems to be SMPlayer.

To use the 'no-video' arguments with the Firefox addons, the way to do it is like so for Flashgot: 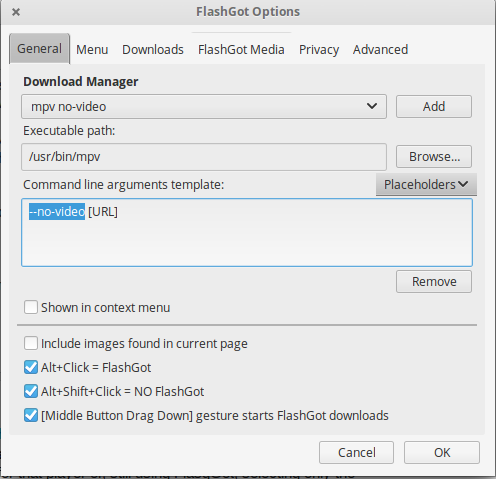 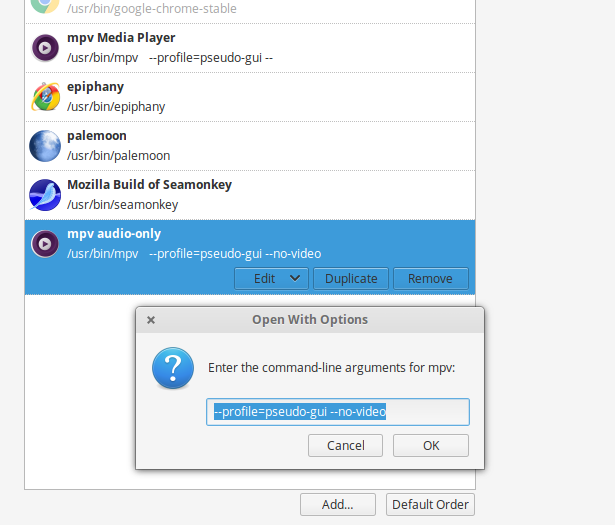 More on playing embedded videos in external players, in this superuser question.

Also, an idea is that using certain internet browsers (Seamonkey, Epiphany etc - but not Firefox and Chrome), an Youtube title could be dragged and dropped onto mpv or a mpv fron-tend to play Youtube videos.

For the present purpose those players should be started with a 'no video' argument.

(more here) can be adjusted to play only sound.

In spite of what is said at the link above, it works fine with mplayer.

Just like MPS from the other answer, it is meant to search, play and download youtube streams, only that by default it will play the video and not just the audio stream. It can use mplayer as external player.

The command for mplayer without video is

That can be added in a .desktop file with the lines:

When started, just type the search and then the number of the track to play. 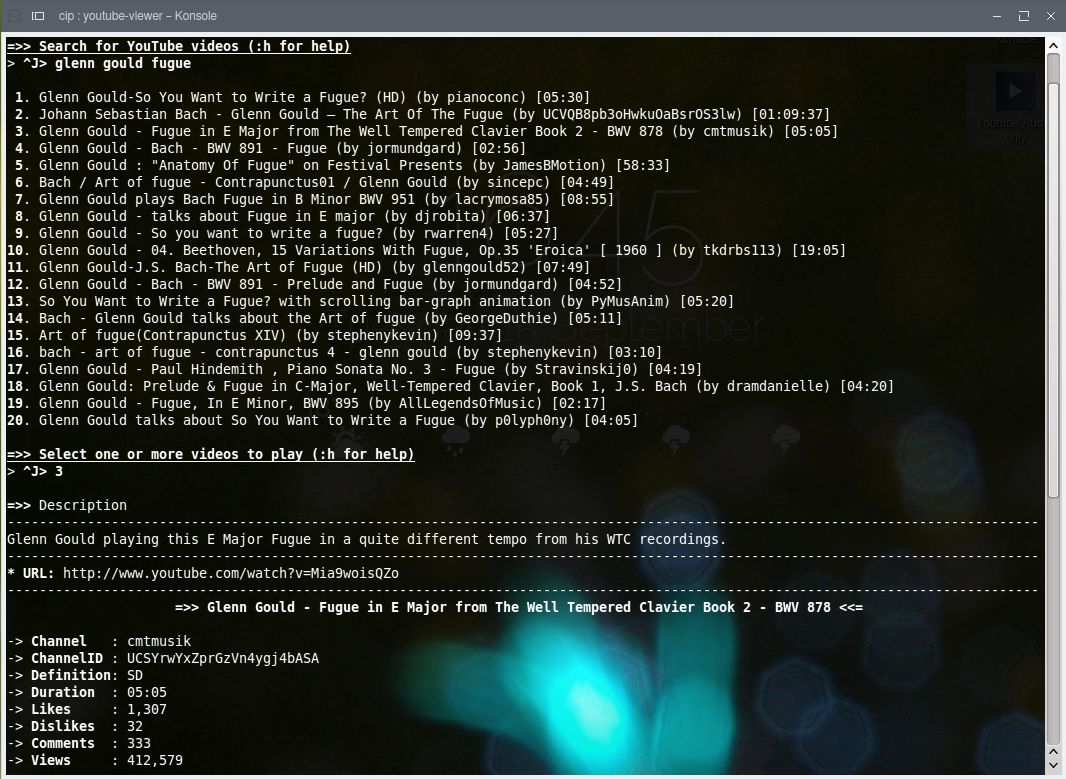 Closing the terminal will close the play.

You can simply pipe the output of youtube-dl with your preferred format into ffplay.

Headset app lets you play only the audio from YouTube. It has built in search functionality where you can search directly into YouTube. It also provides you an option to play songs from particular subreddit. But it opens a small window, which plays the lowest possible quality of video from YouTube.

The application is opensource and available as a .deb file for Ubuntu and also for other platforms like Windows and Mac OS. 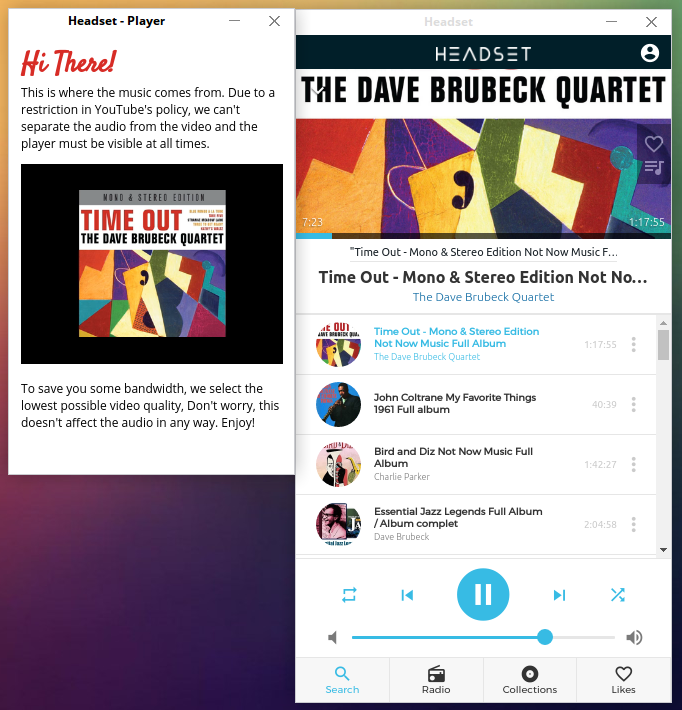 Nightly Build on any snapd enabled Linux Distribution can be installed using: 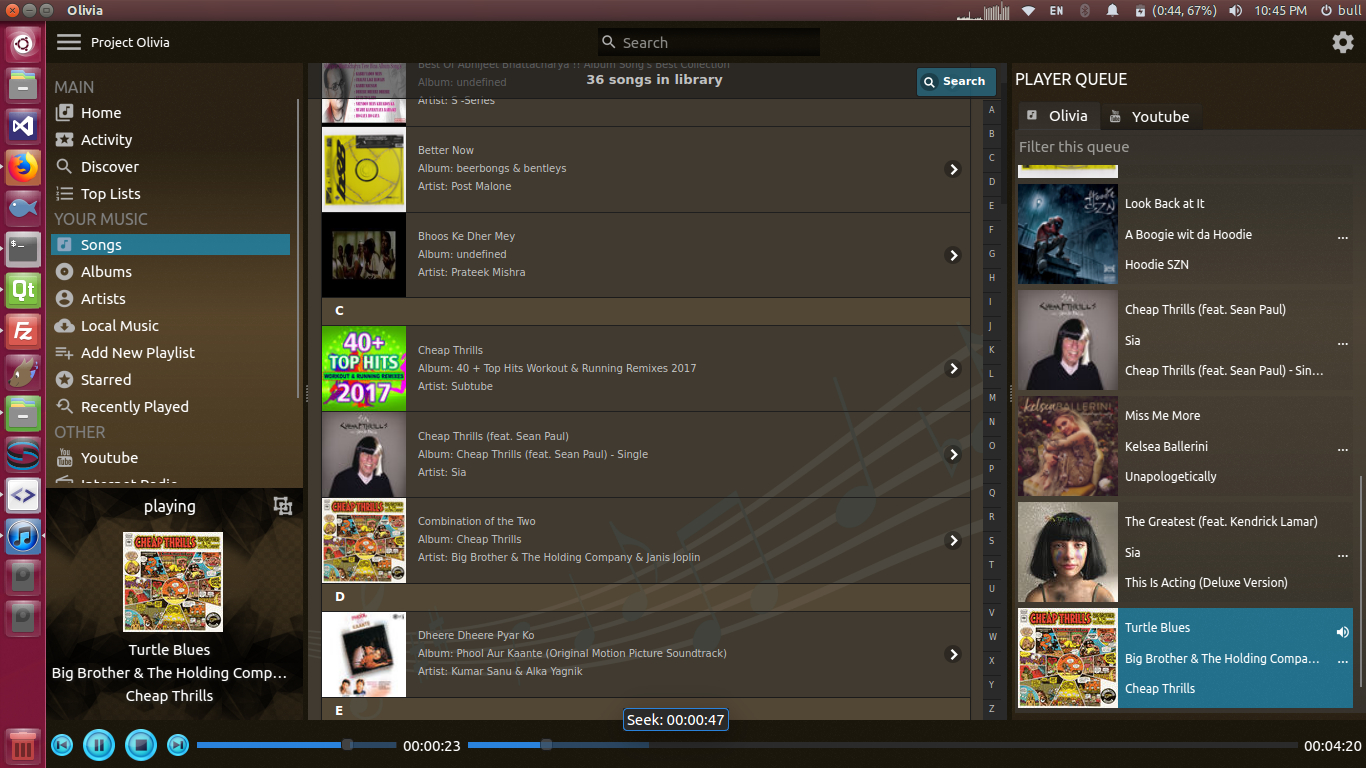 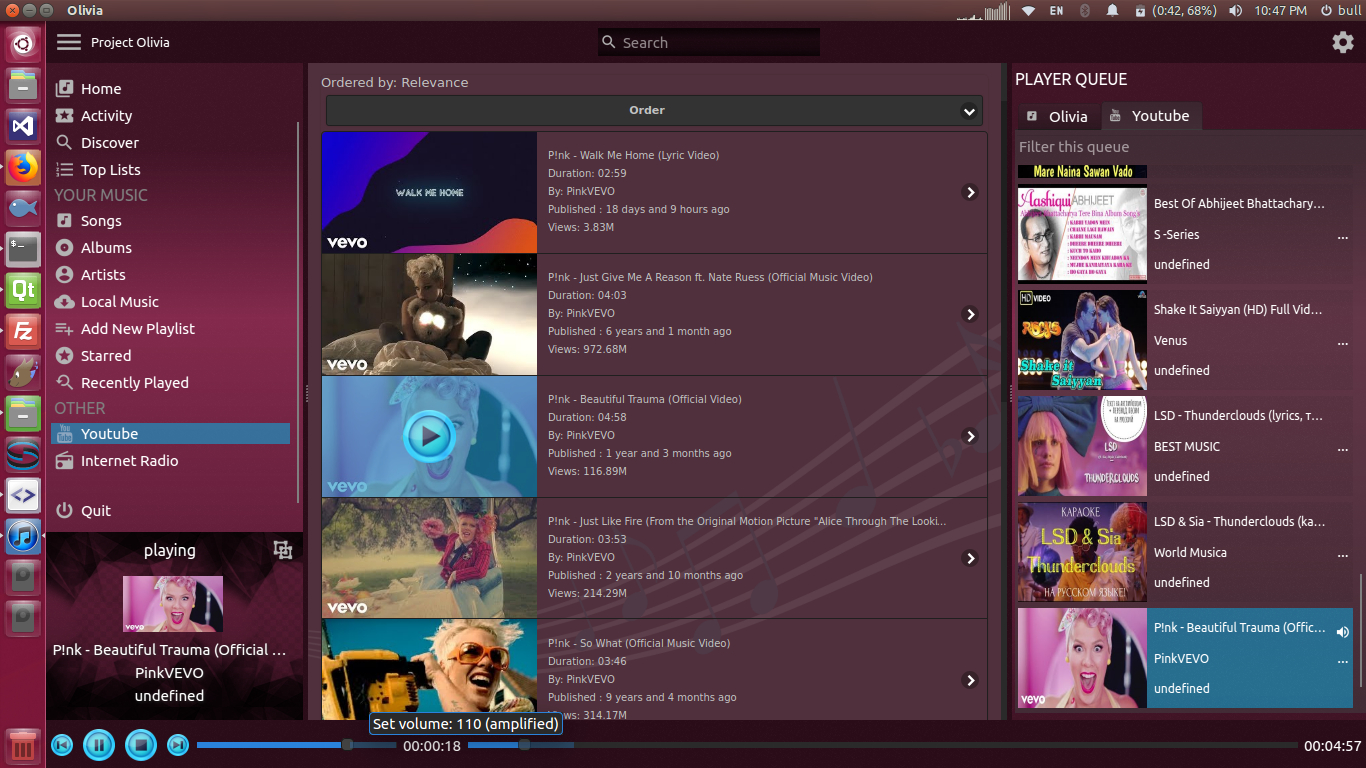 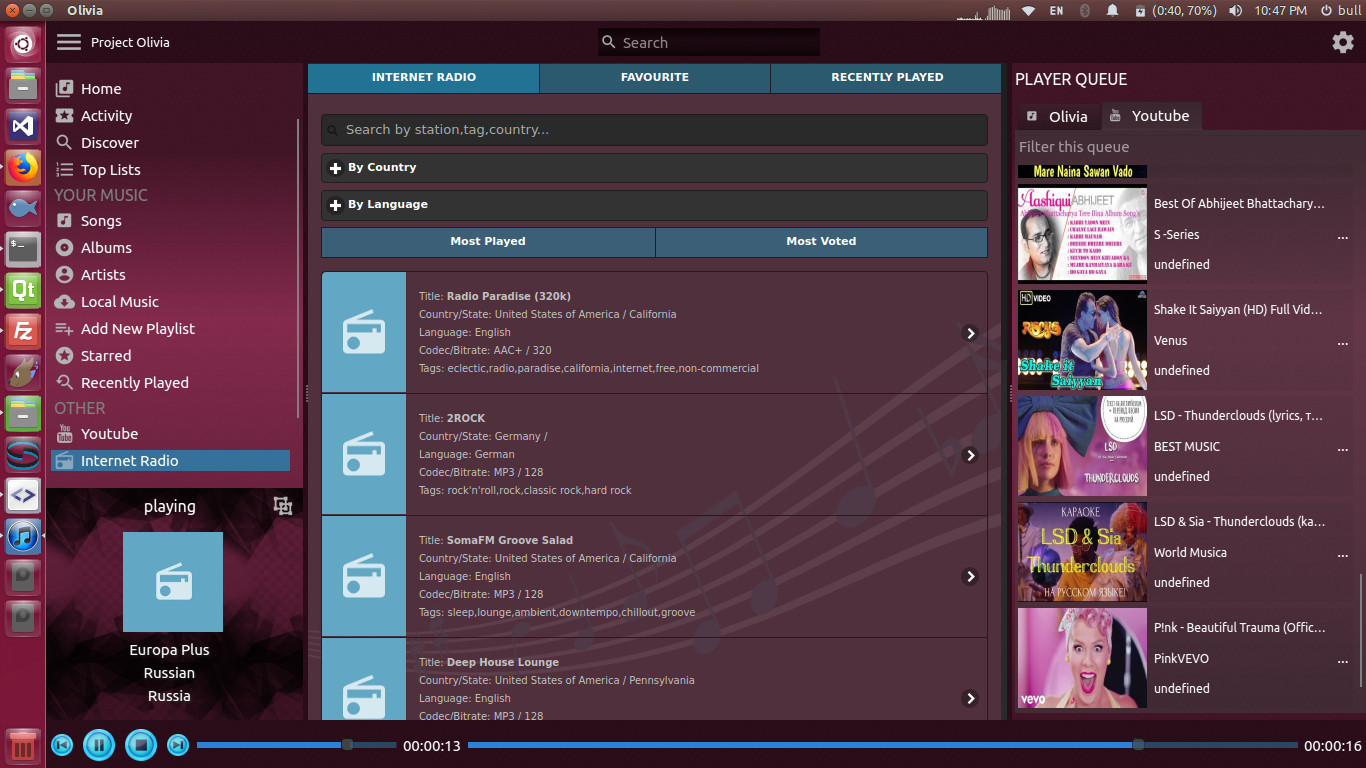 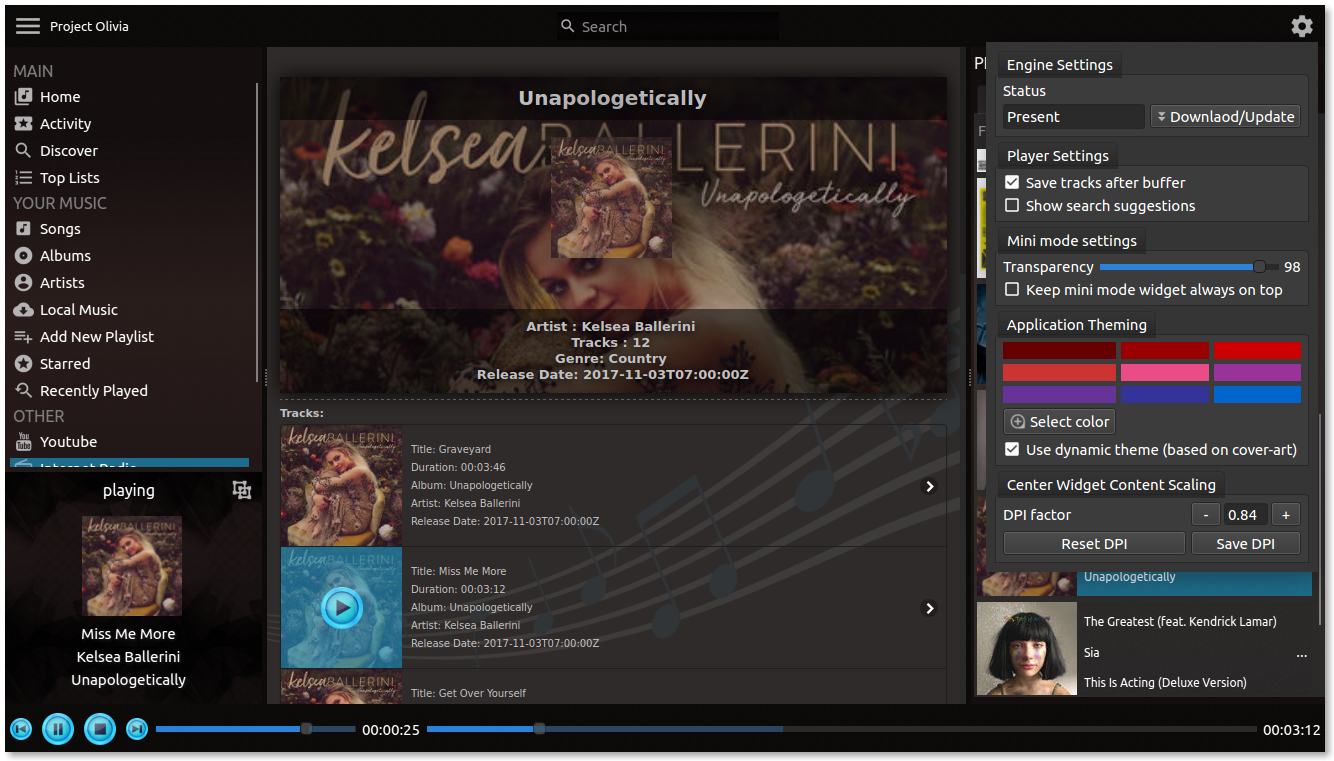 You can check out my GitHub repository.

I wrote this script for listening to music on youtube but can be used to listen any audio.

For streaming YouTube audio from the command-line, without messing with API keys, you can also create .m3u playlists for playing video in MPV, etc.

2
How to grab the audio channel from an MP4 video file into a separate audio file?