Does the Transmission use only TCP or also UDP?

I opened TCP port and the Transmission plainly says the port is open.

I used Vuze before, and it used both TCP, and UDP. There has even been an option whether to prefer UDP or TCP. And there was a open port check tool, which checked for both UDP or TCP.

For this example, I launched Transmission to download Ubuntu 15.04 via BitTorrent protocol. Here is a quick way to see if there is some UDP involved:

So yes, it looks like there is some UDP involved.

Now if you want to go further, you could capture and analyze the network data using a tool like Wireshark.

I self-compiled Transmission 3.00, launched my VPN, opened both TCP and UDP ports for torrenting, results after a few minutes are clear, Transmission received 8 TCP packets, while at the same time frame 1673 UDP packets as documented by a snippet from iptables:

Anyhow, another thing I found as proof of UDP action = trackers: 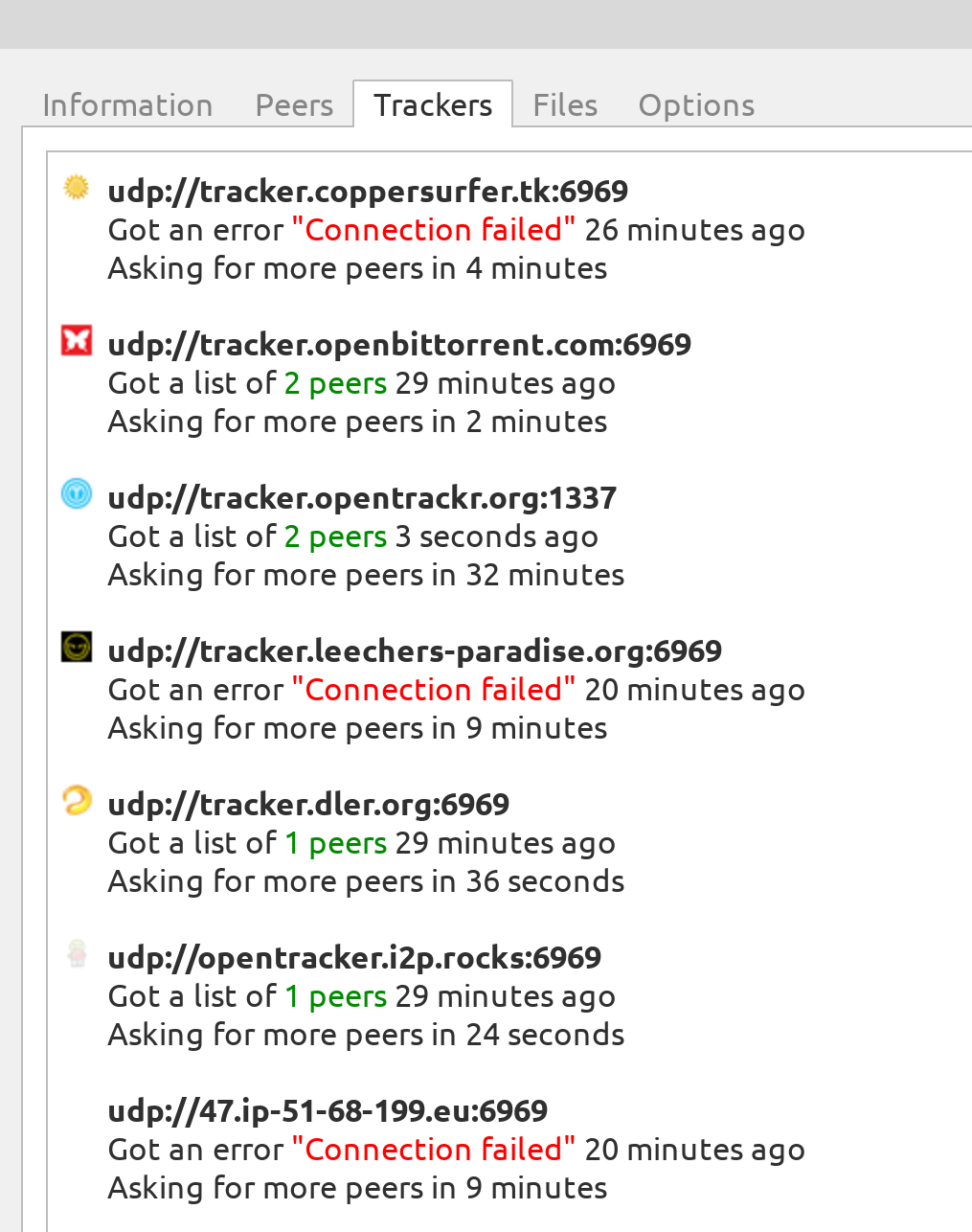