I am using Linux oess (CentOS). I am working on a VM: 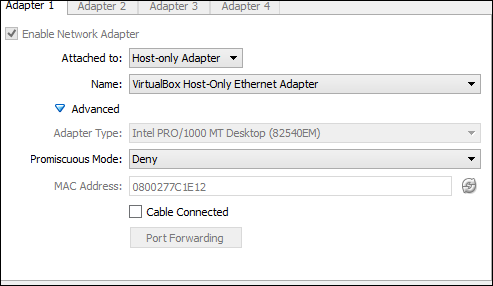 In the terminal, I'm trying to:

to see my connectivity. It says:

Now I'm doing the same ping and it says:

for all the sequences.

What is the source of the problem? 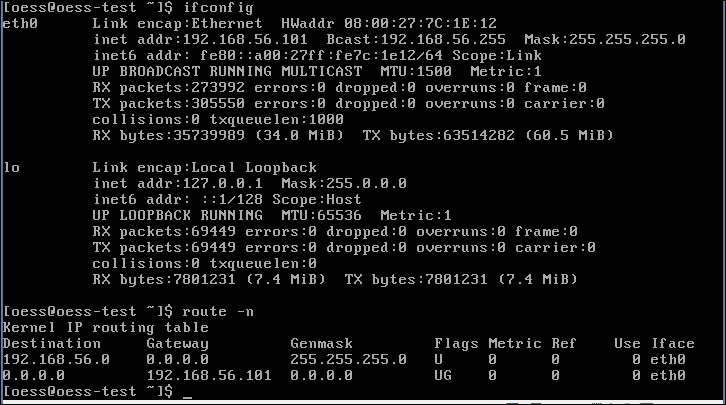 try DHCP for the network interface

can you ping 8.8.4.4 (google) after changing the default route? if so you have internet access. if not check the router.

can you ping www.google.com? if not you might have a dns problem

do you get results from nslookup www.google.com ?

check the network card of the VM in the virtualization software. is it in "bridged" mode? or in a "NAT" or "host-only" mode?

in the first case, see if the hypervisor itself can ping to its default gw and 8.8.4.4

There are two cases what a computer can do, when it has to forward an IP package:

On your host machine your should activate ipv4-forwarding and NAT to get internet access:

A router is a box that is separate from your computer. Where does the network cable from your computer go to? That might be your router. Can you post the name and identification numbers of that box? It might help us in assisting you.

If so, set that IP address as your gateway. The command you posted seems correct.

Your Virtual Box network adapter is set to "Host-only".

You are unable to ping 8.8.8.8 because that machine is neither your host nor one of your virtual machines. Change your Virtual Box network type to "NAT" or "Bridged" if you require access to the outside world.

Check your hw_address and add it to your DNS IP address:

NOTE: hw_address is your MAC address

I see you receive the Destination Host Unreachable message when you ping 8.8.8.8 from your machine. It tells that the ping packets from your computer failed to find a route to the destination host.

There are a number of reasons to get this message on your machine. They are:

Now let us check how to fix it.

Disable the firewall and ping 8.8.8.8 from your machine. If you receive successful ICMP replies, you need to check the firewall settings.

Disconnect the power cables and Ethernet cables from the modem, router, and PC. Clean the cables, and reconnect them. Power on the devices after two minutes.

Now ping 8.8.8.8 again and check for the issue. Reference: https://www.corenetworkz.com/2009/05/destination-host-unreachable-reason-and.html

Not the answer you're looking for? Browse other questions tagged linux networking ping or ask your own question.