I have a Samsung NP900X4D laptop and I would like to replace the existing Windows 8 installation with a Debian 8.

However, the Samsung NP900X4D does not boot from this USB flash drive despite that I have disabled "Fast BIOS Mode" and "Secure Boot".

If I insert the USB flash drive either to USB 3.0 or USB 2.0 port, turn on the laptop and enter UEFI "Boot Menu". Then, it contains only the "Windows Boot Manager", but I would have expected to see a list of boot options(PXE, USB flash drive, SSD, etc) there: 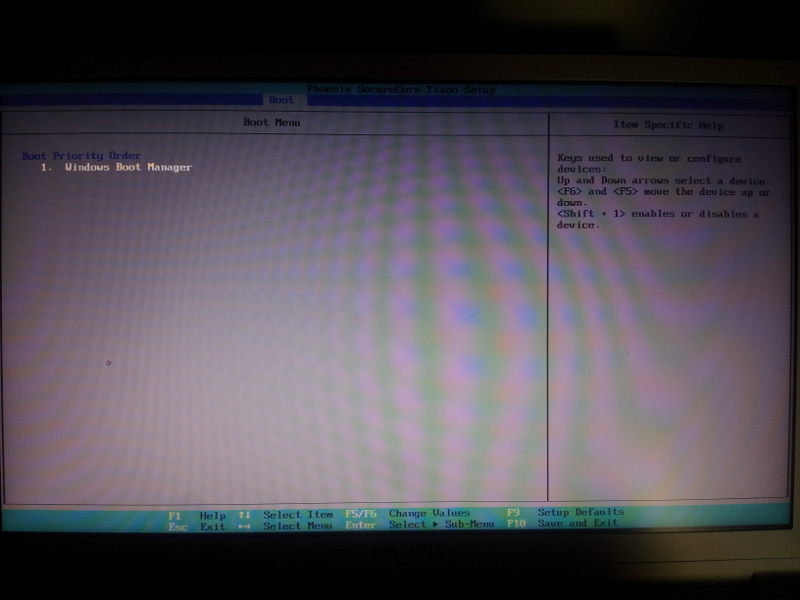 If you have tried everything in the bios and nothing works try using a few different USB keys, the problem may be the key and not the system.

I work with a lot of embedded systems and one painful lesson that has been learned is not all USB keys are created equal.

We had an issue where sometimes we could boot from USB keys and other times it would fail. Eventually we found that we had to power cycle the system after the USB key was attached before it was seen, if the system was just rebooted the key would never be detected.

We got a few more keys in from big brands such as Sandisk and Kingston and since we started using these keys we have not seen an issue.

Note that the key should be visible in the bios even if it is not bootable, you don't need to put an image on each key to try this, you can just plug them in as they are.

Looking at your image of the boot menu it seems you have 'Secure Boot' disabled, with 'OS Mode Selection' set to 'CMS OS' (Compatibility Support Module OS) but disabled by it's parent.

I'd suggest enabling 'Secure Boot', ensuring 'OS Mode Selection' is still set to 'CMS OS', and then seeing what is in the 'Boot Menu'.

You may also want to try setting 'Secure Boot' and 'Fast BIOS' to disabled, rebooting, re-entering the BIOS, and then seeing what options you have under 'Boot Priority Order'

I would look for BIOS section called something like BOOT DEVICES. Sometimes, devices need to be prioritized before they can be chosen from.

What kind of filesystem is the USB device using? AFAIK most systems only support FAT32 (Some UEFI motherboards support more than that) - and then you must have the EFI bootblock in the appropriate location in the USB filesystem.

FURTHERMORE - you are using a 32-bit ISO it appears. To boot with EFI, you MUST use a 64 bit version of a debian distro.

If you can't see the device in the boot menu, it's because the UEFI on your motherboard cannot find any suitable EFI boot block on the device.

Turned out, that BIOS was corrupted. I was able to start Command Prompt in Windows Recovery and reset UEFI variables with sflash64.exe utility: 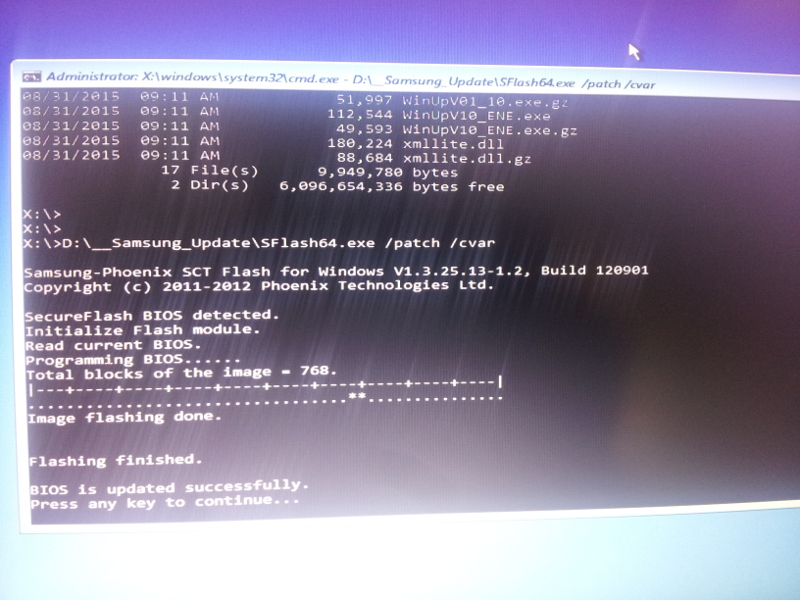 Re-flashing the BIOS would have helped also. After that I was able to choose a boot device: 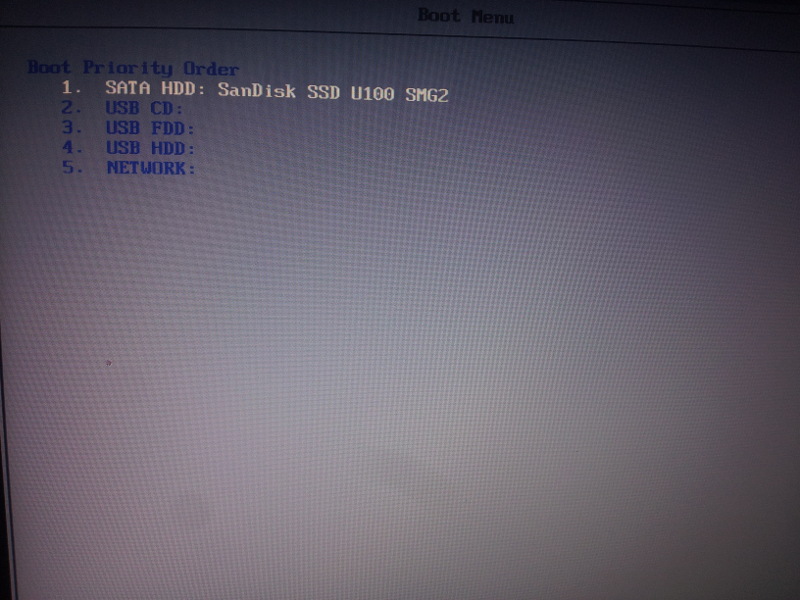 Not the answer you're looking for? Browse other questions tagged boot usb-drive or ask your own question.

4
UEFI boot Fedora from USB 2.0 on 3.0 port (l75d-a7280)
1
Booting linux from USB flash drive
0
Which ISO file, vmlinuz and initrd.gz to use for installing CentOS from Multiboot USB?
1
How to start Debian without installation from USB
0
Samsung NP900 won't boot anything from live USB
3
Debian 9 does not boot after installing on USB drive with UEFI
0
How to make GRUB boot a different USB drive
2
Why does Linux not boot from USB on my HP laptop?