So I'm trying to set up a Rocks cluster and seem to be failing at the network configuration part, as I can not get an internet connection in my final install. 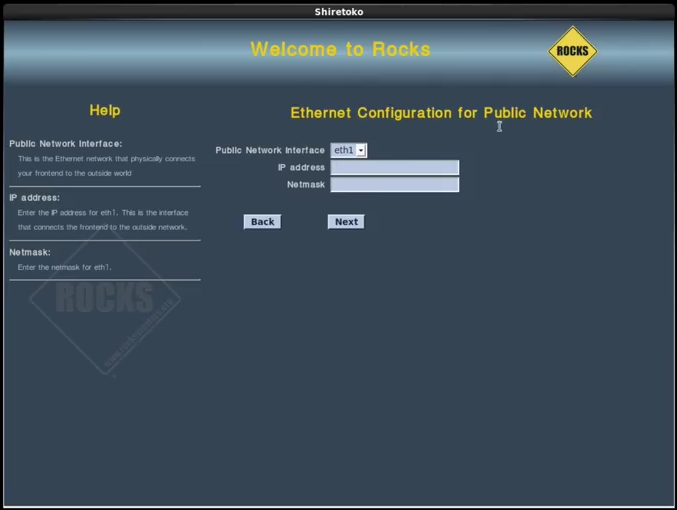 Then I get to the private network and leave it at the defaults. I have tried other address too but I am unsure of what to do. There is just a network switch there in which I'd hook up all my computers to. 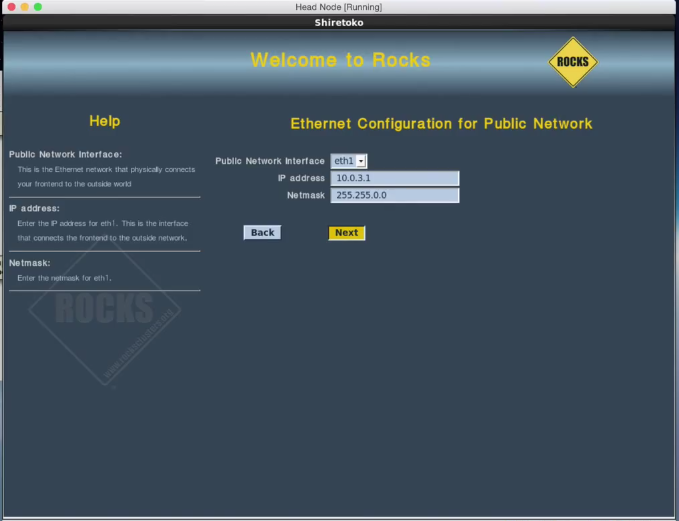 Finally I get to the screen about the gateway and DNS. From the Windows machine that is hooked up to the same network I run 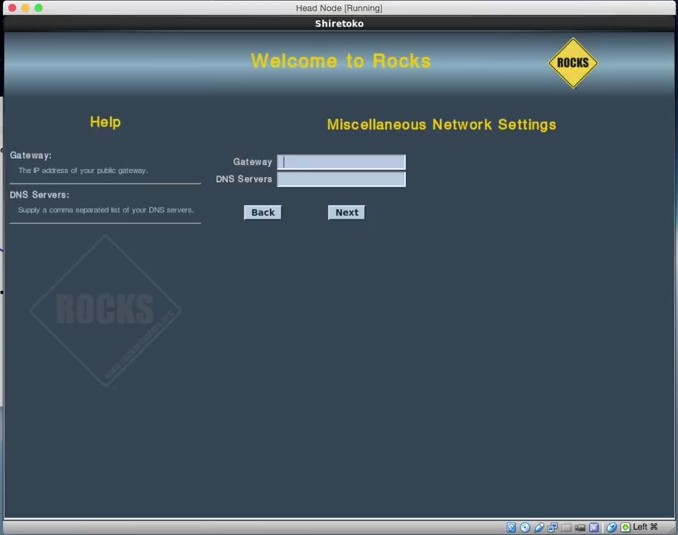 My question is how do I set these up properly? How can I find out the addresses that I need to use? I haven't found any help from Google and this is the only part of the puzzle that I am missing.

I am installing as to the instructions of this youtube video but I am using different networking options.

My computer has an Ethernet connection on the mother board and one through a PCI-E slot. I have assumed that the computer is recognizing the PCI as eth1 and the motherboard connection as eth0. I have also booted into an Arch live cd on the machine, which can ping Google, and running ifconfig I see

enp6s0 with no inet or addresses.

I appreciate any help. Thanks.

So I figured out that the problem was actually in that the different OS's loaded the NIC in different orders. Arch had loaded the PCI-E network card as enp4s6 and the motherboard card as enp6s0. How I figured this out was that when in the CentOS install I ran

and I noticed the different speeds. The cards had similar names so I had missed this but the PCI-E card was 100Mbps and the motherboard interface was a gigabit. The Arch live usb showed the reverse order.

And for anyone else that runs across this problem, here are some useful tools and places to look to help debug

In short, it was a stupid mistake on my part. I did not see any networking tools in the Rocks install (Anaconda installer) and it may just be easier to debug from a bad install where you have terminal access.

Not the answer you're looking for? Browse other questions tagged centos networking cluster or ask your own question.