See on slackware with xfce4 terminal(same on SV4), i can't put the entire image because is very long, put only the last letter 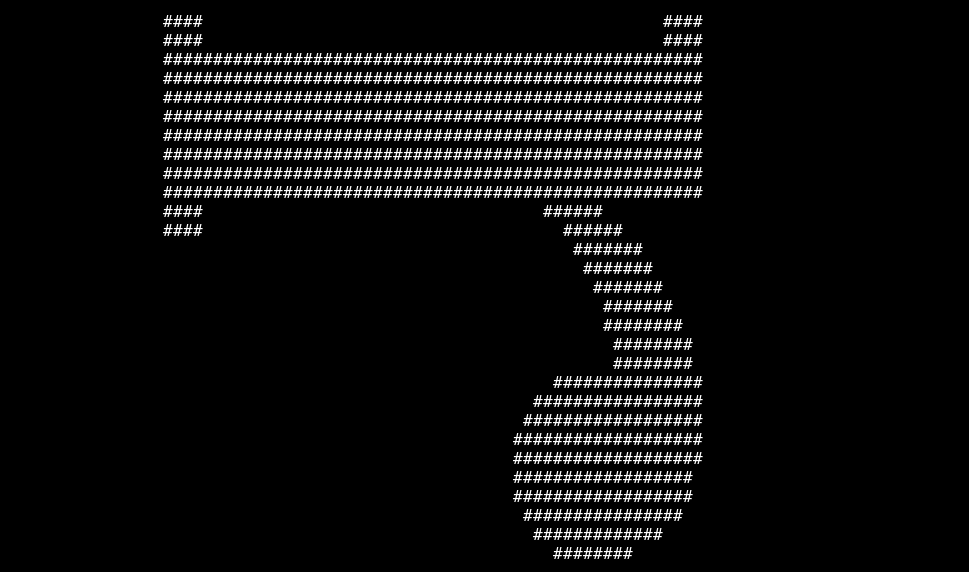 What to check? Of course i have tried the -l option,but doesn't work

Thanks for asking this question. It was quite fun looking into it. I don't think there is a standards body governing banner.

Here is the LSM for Slack's banner:

banner is such an awesome game.

On my cough Gentoo system the banner program is the one you prefer. It comes from http://cedar-solutions.com/ftp/software/

Reading the man page for this version I get a sense that you may have opened a can of worms with this question. The author gets a bit salty in the COMPATIBILITY section:

From time to time, people assert that this program is buggy because it doesn't do something that some other banner implementation does. The behavior of the program is based on what I saw on Solaris and AIX systems at the time I wrote it in the late 1990s. I make no claims that the behavior is identical to that of any other contemporary system, especially any non-free system that I may or may not have access to.

If you don't like the behavior, you can either submit a patch, or you can use an alternative program such as figlet. I am always happy to accept patches, and I promise to integrate patches promptly if provided. So far, no one who's complained has bothered to provide any patches, so the behavior remains the same.

Therein lies the answer as well: use figlet with the banner font. http://slackbuilds.org/repository/14.1/misc/figlet/

Not the answer you're looking for? Browse other questions tagged banner or ask your own question.