Is it possible to echo characters directly to network?

Even when this is a network problem, I would say this is rather a Unix/Linux experienced users question.

I am trying to manually send a network magic packet by using echo and redirectors (file descriptors).
This is an example of the data that must be sent via network broadcast (to 255.255.255.255) to wake computer with MAC 00:17:31:3F:D3:A9 (FFFFFFFFFFFF followed by 16 times the MAC without colons):

I have sent a wake on LAN magic packet from my usual programs (IH WOL, or wakeonlan tool for Linux) that worked fine, and I captured the network traffic with WireShark: 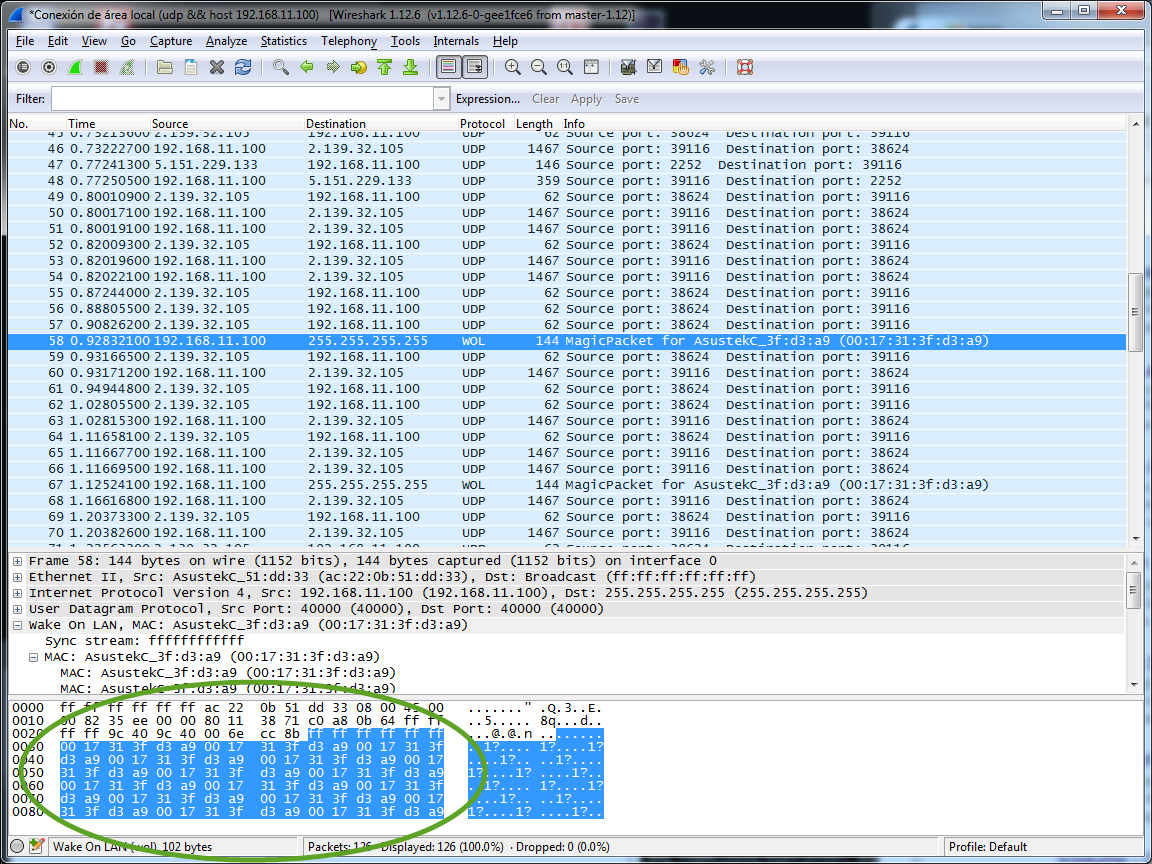 Note the highlighted green area: the magic packet is correctly sent as Hex.

And now it is time for the redirectors echo method.
I am echoing the magic packet to broadcast IP address, UDP protocol, port number 4000:

No results (remote computer does not wake up). The WireShark's capture is this time slightly different: 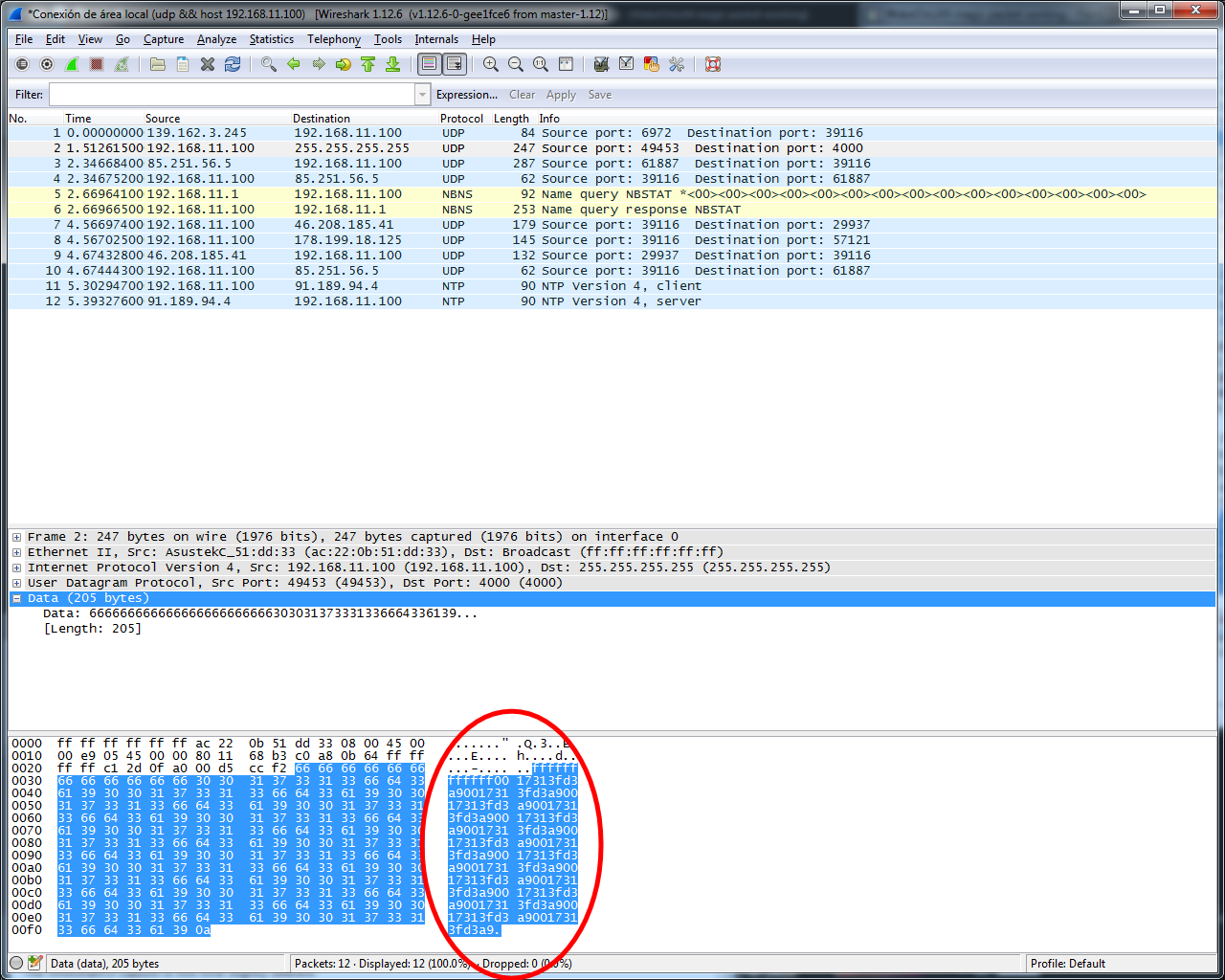 As can be seen, the magic packet is now on the right side (!), the supposed binary area of the info. On the left area, each F appears as 66 (its ASCII code, I assume), each 0 as 30... etc.
And, by the way, the data is not detected as "MagicPacket" by WireShark.

What is the correct way to send my data via shell directly to the NIC?

P.S: maybe this question must be transferred to ServerFault? I think it is rather like some sort of hex to ascii or binary conversion issue.

This time your computer should wake up.

Not the answer you're looking for? Browse other questions tagged networking hex or ask your own question.

10
How to power off a system but still keep it available on the network
6
Monitor mode wifi only seeing broadcast packets
3
What are the Linux shells that allow network traffic management (sending/receiving data to/from `/dev/tcp/host/port`) via redirectors?
4
"legal" ARP poisoning by machine aggregating 2 NICs crashes us
3
Socat: send a UDP broadcast from stdin, but handling responses with SYSTEM
1
How to set up stateless NAT for two UDP connections from a global network to special network namespace?