Why am I getting this message from xauth: "timeout in locking authority file /home/<user>/.Xauthority"?

While attempting to SSH into a host I received the following message from xauth:

NOTE: I was trying to remote display an X11 GUI via an SSH connection so I needed xauth to be able to create a $HOME/.Xauthority file successfully, but as that message was indicating, it was clearly not.

Attempts to run any X11 based apps, such as xeyes were greeted with this message:

How can I resolve this issue?

Running an strace on the remote system where xauth is failing will show you what's tripping up xauth.

So xauth is attempting to open a file and it already exists. The culprit file is /home/sam/.Xauthority-c. We can confirm the presence of this file on the remote system:

As it turns out. Those files are lock files for .Xauthority, so simply removing them resolves the issue.

With the files deleted, exit from the SSH connection and then reconnect. This will allow xauth to re-run successfully. 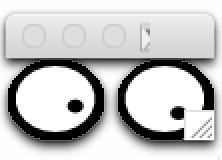 Alternative method to resolve the issue

I came across this post titled: xauth: error in locking authority file .Xauthority [linux, ssh, X11] which mentions the use of xauth -b to break any lock files that may be hanging around. xauth's man page seems to back this up:

The root of the problem could be that you have no write permission in the $HOME directory.

That's why I got this message:

Here is how I checked the permission:

If this is the problem, then you need to be sure that you have write permissions to $HOME:

I have another answer to the question that plagued me before I figure out the issue. The issue is a bug in Fedora OS and it's derivatives, as I later figured out. If the issue isn't as indicated by the accepted answer, and/or you're not on Fedora, RedHat, Korora, etc, then this won't help you.

As user slm said, running strace will give you an indication of the issue, but in this particular bug's case, the output is different:

To be clear, this is stating that EACCES return code, which is permission denied. This is different than user slm's problem, where he had the EEXIST return code, which means File exists. So, for the EACCES return code, obviously the first thing you check is: are my home permissions set up so I am able to write to my home directory? You should verify you have the write flag on your home directory for your own user first. If you do, then you might be a victim of the bug described below.

Through a couple google searches I was finally able to find somebody with a similar problem, and it led me to Fedora bug report. For those of you that care to read about it: https://bugzilla.redhat.com/show_bug.cgi?id=772992

The workaround to the issue:

When you SSH back in, it should be fine at this point and you should be able to successfully transfer your X-session again.

EDIT (and other alternative workarounds):

Just to be as complete as possible, other users did state in the bug report that the fix above did not work for them - it happened to work for me. Another attempt to work around the problem was (I did not verify this workaround personally):

Another person mentions something about GDM, which I have zero knowledge of. If that pertains to you I recommend reading his post in BugZilla and seeing if his comment means anything to you.

SELinux configuration is the very first thing to check out, with ...

If SELinux configuration is set to "Enforcing" it may be causing the "xauth" problem.

You can set it provisionally to "permisive" mode as follows, (to be able to exclude this issue as a root cause of the problem).

Then follow a SELinux tutorial to put in place a proper configuration, or disable it if you prefer another security method, (f.ex.by editing the /etc/selinux/config configuration file in RHEL v.6)

For me, two steps:

Not the answer you're looking for? Browse other questions tagged x11 remote-management xauth or ask your own question.