I would like to disable the default behavior that seems to happen with every Linux distribution that I've ever tried that any selected text is immediately sent to the clipboard (Mint, Ubuntu, Fedora, SuSE, etc.) and every window manager (Gnome, KDE, Cinnamon), and instead to behave more like the Windows implementation.

I know that this is a beloved behavior by many in Linux, and I'm sure many will think I'm an idiot. The reason I want to do this, is that I'm a keyboard junky when navigating a GUI. (e.g. when I'm in Linux and I copy a URL and then switch to my browser and type Ctrl+L, it selects the address bar and moves my intended paste down one notch and replaces it with what I'm trying to overwrite.) I know there are MANY workarounds, but I don't really care about that, what I'd prefer is to be able to toggle the behavior for the clipboard.

I was messing around and accidentally enabled the Synchronize contents of the clipboard and the selection option in KDE Plasma's Clipboard application. Un-checking this solved a similar problem for me. 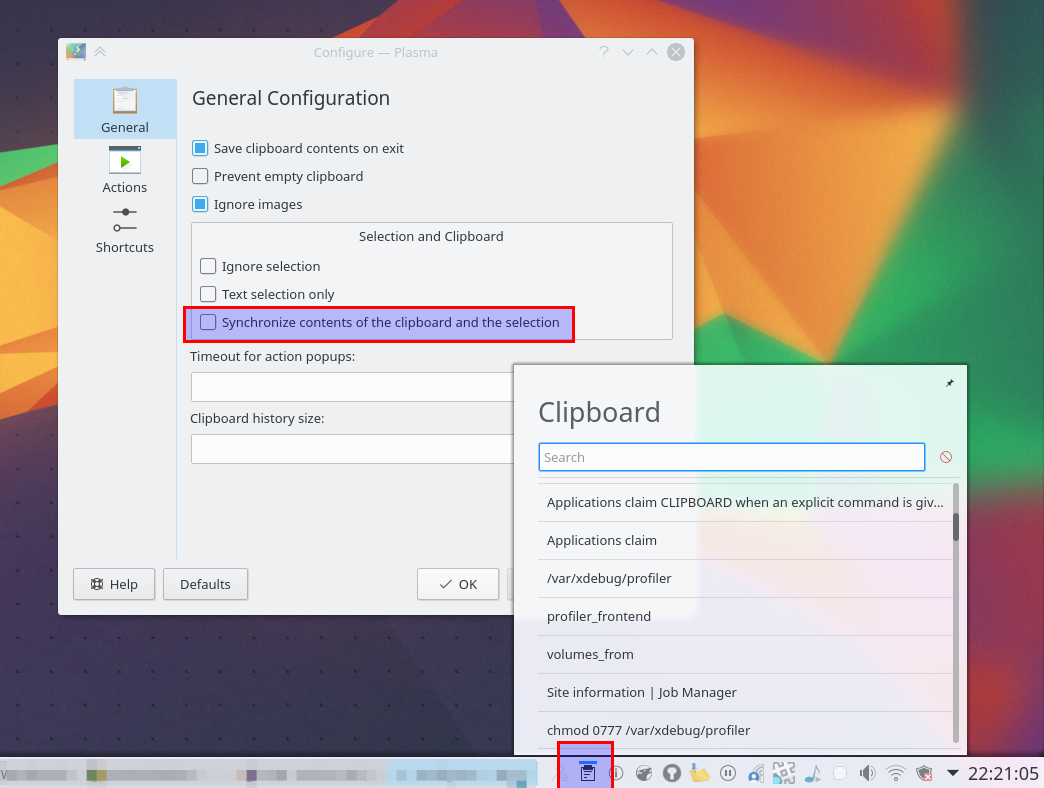 any selected text is immediately sent to the clipboard

Actually text is never "sent" anywhere until it is requested by a receiving application. When you select text, the application only claims the selection, which means basically that it raises a flag to say that from now on it owns it.

Now on to your question:

In X11 there can be multiple selections. 2 of them have well-known names and are standardized. They are called PRIMARY and CLIPBOARD. Their respective conventional behaviors are as follows:

It seems like CLIPBOARD already does what you need. You can ignore PRIMARY if you want (but note that some older applications like xterm may only support PRIMARY). Personally I do the opposite: I ignore CLIPBOARD and use only PRIMARY. I guess that's just the way I learned to use X11, I wasn't even aware that there was CLIPBOARD at first. But in order to mitigate the problem you describe, I often wish there was a pushable & poppable stack of PRIMARY selections, so I could "pop" to the previous selection after clobbering it with a different one.

In response to your explicit question about whether the PRIMARY behaviour can be disabled, I think that would be quite difficult. The most straightforward way would be to individually disable it in each application (or toolkits which the applications use) which is surely not feasible. I suppose a kind of "X11 firewall" which blocks requests to claim PRIMARY could be constructed, but I don't think that would really buy you anything more than you can already get by ignoring PRIMARY and using CLIPBOARD only.

In XFCE I had the same problem, and the worse was that the auto selection break the copy/paste in remote viewers like x2go, vnc... then I had to reopen a new session to solve it every time I select a text. 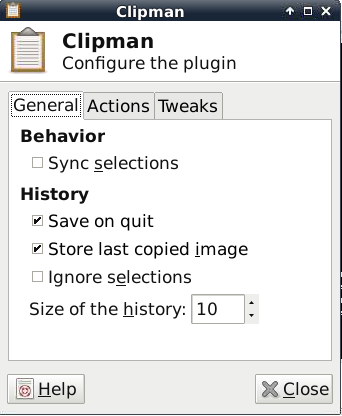 thanks to @sweisgerber.dev for this method

A solution working for the whole X and not disabling completely the middle click (e.g. for closing tabs in the browser) is XMousePasteBlock which should be run by the user, it is also packaged for Arch in AUR.

Not the answer you're looking for? Browse other questions tagged x11 clipboard or ask your own question.

4
Disabling PRIMARY or cut buffer "copy on select"
45
What's the difference between Primary Selection and Clipboard Buffer?
28
How can I disable selection highlight auto-copying?
4
How to alter the trigger for copying something to the PRIMARY selection in X11?
2
Separating clipboards on Cinnamon
2
RedHat5 stop copy on select
0
Where to configure Primary Selection (highlight then paste by middle-click)?
0
Why is clipboard cleared when closing xfce4-terminal?

45
What's the difference between Primary Selection and Clipboard Buffer?
10
make terminal selection automatically copy to the system clipboard buffer?
3
No window title bar when X Toolkit "-title" argument ends in "lock"
1
Using double-click in a terminal window under Fedora 24 with vim to perform copy and paste
2
Separating clipboards on Cinnamon
2
Replace clipboard content instead of appending when copying from tmux
4
How to alter the trigger for copying something to the PRIMARY selection in X11?